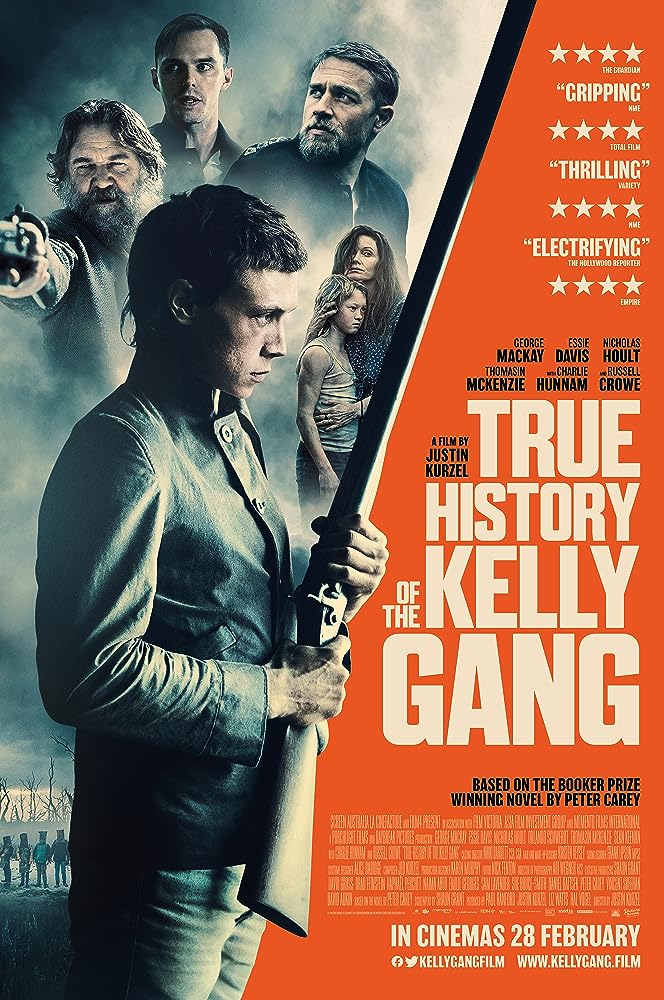 Australian outlaw Ned Kelly (played as a child by Orlando Schwerdt) grew up surrounded by criminality. His mom was a prostitute, his dad was in jail, and at a certain age, he became apprentice and accomplice to Harry Power (Russell Crowe), one of the most infamous bushrangers in the country’s history. It’s no wonder that as an adult (played by George MacKay), Ned took to crime like everyone else he knew. Despite his girlfriend’s (Thomasin McKenzie) apathy to his way of life and the lawmen (including Charlie Hunnam and Nicholas Hoult) who are out to stop him, Ned knows only one way to live and die. 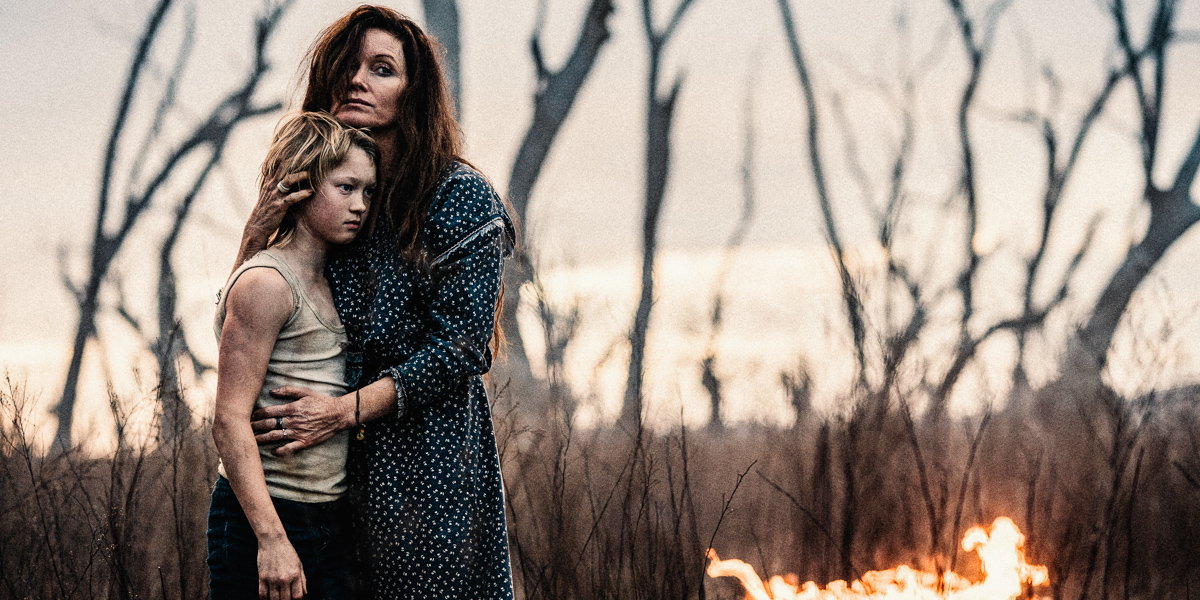 George MacKay followed up the best year of his career—which saw him receive award nominations for Best Picture-nominee “1917”—with a role perfectly suited for him. Roles once played by Heath Ledger (who starred in 2003’s “Ned Kelly”) are notoriously difficult to repeat (I’m looking at you, Jared Leto), but I don’t think you’ll see anyone complaining about MacKay’s performance. Thomasin McKenzie also follows up a great role in another Best Picture-nominated film, “Jojo Rabbit.” There’s not much to work with for her role here, but she does a great job. Nicholas Hoult shows off some comedy chops, but it’s Russell Crowe’s small role early on that kickstarts “True History of the Kelly Gang.” His character is absolutely nuts. For a movie that likes to think of itself as radical and subversive, Crowe’s character is the necessary spark that ignites this wild ride. I would be remiss not to mention Orlando Schwerdt, in his first film role, getting us invested in Ned’s character right away. He should rack up on some Best Young Actor award nominations from whatever groups have that category. 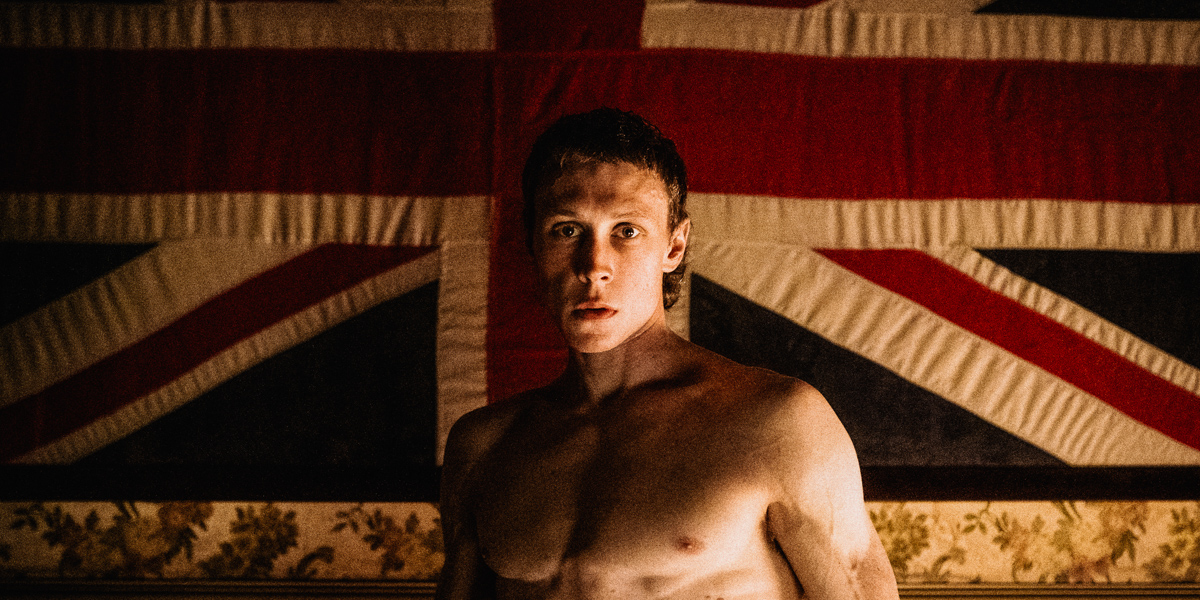 “True History of the Kelly Gang” has a bad habit of introducing important characters without telling us who they are. It often involves a lot of guesswork on your part to piece together the characters’ connections to the story. There is sometimes honor in not spoon-feeding information to the audience, but in this case, I really would have liked a hint every once in a while. On the other hand, I give credit for the cinematography being as unpredictable as the rest of the movie, as wild as Ned Kelly himself. This is definitely an ably-made film, and director Justin Kurzel—who helmed 2015’s “Macbeth” adaptation starring Michael Fassbender—has another exciting adaptation under his belt. But I think there was room to make the film more compelling.