The biggest fool that’s ever hit the big time must be “Big Time Adolescence” star Pete Davidson. Hulu’s made a film about a man that’s sad and lonely, and all Pete’s gotta do is act naturally.

But really, this coming-of-age comedy is about Griffin Gluck’s Mo, a successful suburban high schooler from a good family. He has everything going for him, yet he finds no better friendship than that given to him by Zeke (Davidson), his older sister’s ex-boyfriend. But Zeke, a college dropout who can’t hold onto a minimum-wage job for very long, begins to corrupt Mo with alcohol, drugs, and girls. Not that Mo minds at all. But eventually, of course, all that sin catches up to him. 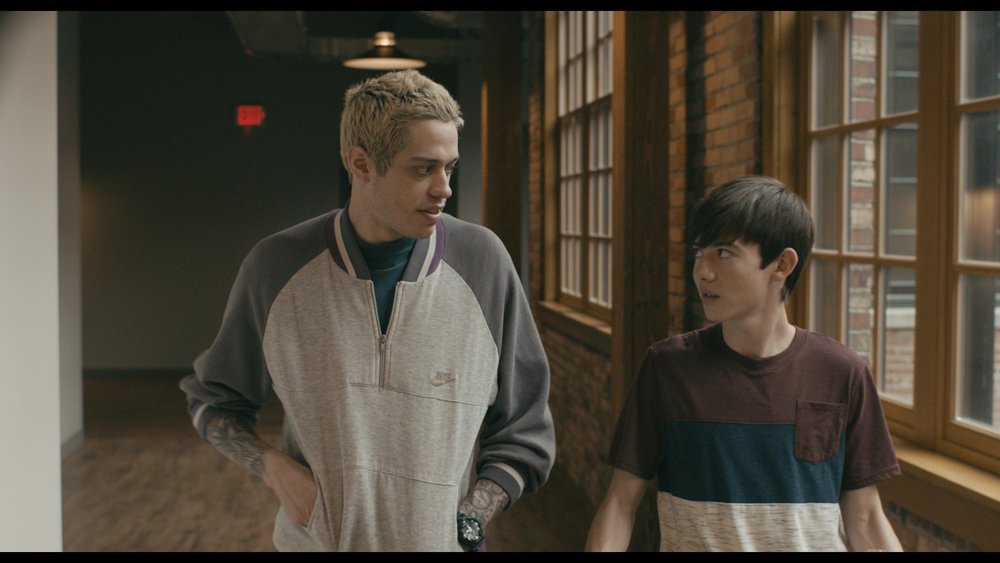 Perhaps I’ll never understand the appeal of Pete Davidson. Ever since he started on “Saturday Night Live” in 2014, he’s been a big hit with the type of people who like the prodigal son. A major screw-up who is given a second chance in show-biz, he’s made quite a name for himself despite never starring in a major motion picture or releasing a critically acclaimed stand-up hour. In many circles, he’s best known for once dating Ariana Grande. But there’s no doubting that in “Big Time Adolescence,” he is completely in his element. He doesn’t need rehearsin’ to get his role down (okay, now there aren’t any more relevant “Act Naturally” lyrics for me to quote). Griffin Gluck, the standout star from Netflix’s “American Vandal,” competes with Davidson for screen time, but writer/director Jason Orley actually doesn’t do a half-bad job of giving both characters time to tell their stories.

Orley’s script is funny, but in a realistic, Judd Apatow way (Davidson’s next big role is actually in an Apatow-directed movie that’s based on his own life). I don’t recall cracking up more than once, after a line delivered by Mo’s dad (who is played by Jon Cryer). Otherwise, “Big Time Adolescence” prefers more natural humor. I didn’t mind. But I couldn’t help but feel that nothing in the movie was entirely original. It felt perfectly average. Still, for a Hulu original movie, I can’t help but think it will be successful enough.