Quick, think of the last movie you saw in which inner-city black teens enjoy a STEM-focused education and also have social lives outside of school. Could you think of any? I couldn’t. Not until “See You Yesterday,” the Spike Lee-produced Netflix original based on director Stefon Bristol’s 2017 short. It’s a shame that a movie featuring bright young black kids is remarkable, but, even in 2019, it still was. Even more commendable is the fact that the high schoolers aren’t just trying to get smart or rich in order to leave their neighborhood, like we so often see. “See You Yesterday” isn’t about leaving trouble behind—it’s about facing the problems that plague your community head-on. Kudos to Bristol for promoting that message. If only his execution had matched his intentions.

On the first day of summer break, best friends C.J. (Eden Duncan Smith) and Calvin (Dante Crichlow) finish building a mechanism that allows them to go back in time one whole day—but only for about ten minutes at a time. A few days later, when police shoot and kill an innocent man, the pair go back again to undo the tragedy. Predictably, carelessness only makes the situation in the present timeline even worse. No matter what they try, they can’t get the outcome they want. Is there any hope of pushing back against fate? “See You Yesterday” sees people going to extraordinary lengths to try to prevent police overzealousness. I wish we could get to a point where young adult movies by black filmmakers didn’t have to feature police shootings, but no one can blame them for hammering this point home until the reality changes. Keep kneeling, keep protesting, keep making movies. Hopefully, something can spark a necessary change in police culture. But at the moment we are introduced to the character who will eventually be shot by a cop, I predicted that he would be shot by a cop. I predicted that time travel would be used to try to save him. I would have been more surprised if that hadn’t been the case. But, since so many movies in the past couple of years have focused on police killings of black men (“The Hate U Give,” “Blindspotting,” “Monsters and Men”) it seemed to me like an inevitability. 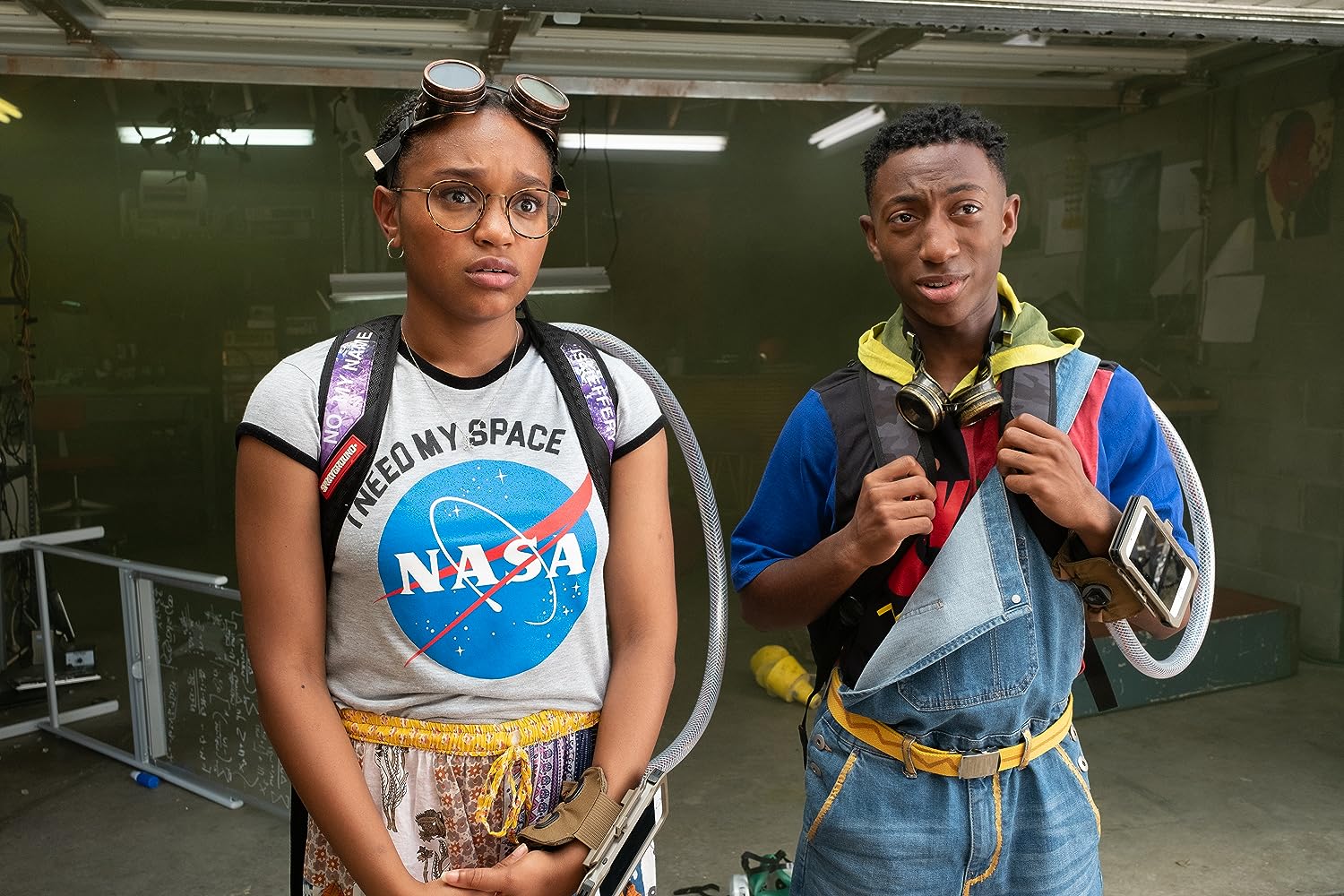 Speaking specifically of young adult movies featuring a police shooting, “The Hate U Give” did it way better. Plus, it did it within the confines of a PG-13 rating. “See You Yesterday,” on the other hand, was slapped with a TV-MA rating for language. A movie with teenage main characters and a message fit for young adults might get blocked by parents’ overprotective safety settings so that their children cannot even see it. “See You Yesterday” doesn’t strike me as a movie made for adults, but the f-words and n-words deemed it as such. It feels like a missed opportunity to get a positive message in the ears of those who need to hear it most.

Like other time travel movies, “See You Yesterday” becomes so convoluted that its non-ending feels like a slap in the face. If not closure, the movie at least needed to provide a few more answers to clear up what was happening. Ultimately, while I loved that “See You Yesterday” 1) featured lovable characters who want a future in STEM fields; 2) boasted two great lead actors with bright futures (or pasts??? LOL); and 3) drilled into its social justice message that cops need to do what they’re taught, I hate that it failed to 1) get its message out to the right audience and 2) craft an original time travel story that broke the mold. While I never really lost interest, for the right alternative plans I would’ve stopped this movie midway through and walked away without finishing it later.