A movie is nice, but I’d prefer to see Harriet Tubman’s likeness on the twenty-dollar bill. That was the plan, after all—to replace our most brutally racist president, Andrew Jackson, with one of the most important figures in American history (who just happened to be a black woman). But “technical problems” (as if anyone believes that) delayed the bill’s 2020 release until at least 2028, long after Donald Trump is evicted from the White House. It’s a shame, that something so unquestionably good was prevented by someone so unquestionably bad.

Harriet Tubman (played by Cynthia Erivo) was born into slavery with the name Araminta Ross. When Harriet was 27, she fled a plantation in Maryland to seek freedom in the north—traveling mostly by foot, through wooded terrain, to reach Delaware and then Philadelphia, where she got a paying job and joined a community of freed slaves. But Harriet wasn’t satisfied, and began risking her life and using her knowledge of the woods to bring dozens of slaves from Maryland to freedom. Her old master’s son (Joe Alwyn) won’t make it any easier for the woman they called “Moses.” 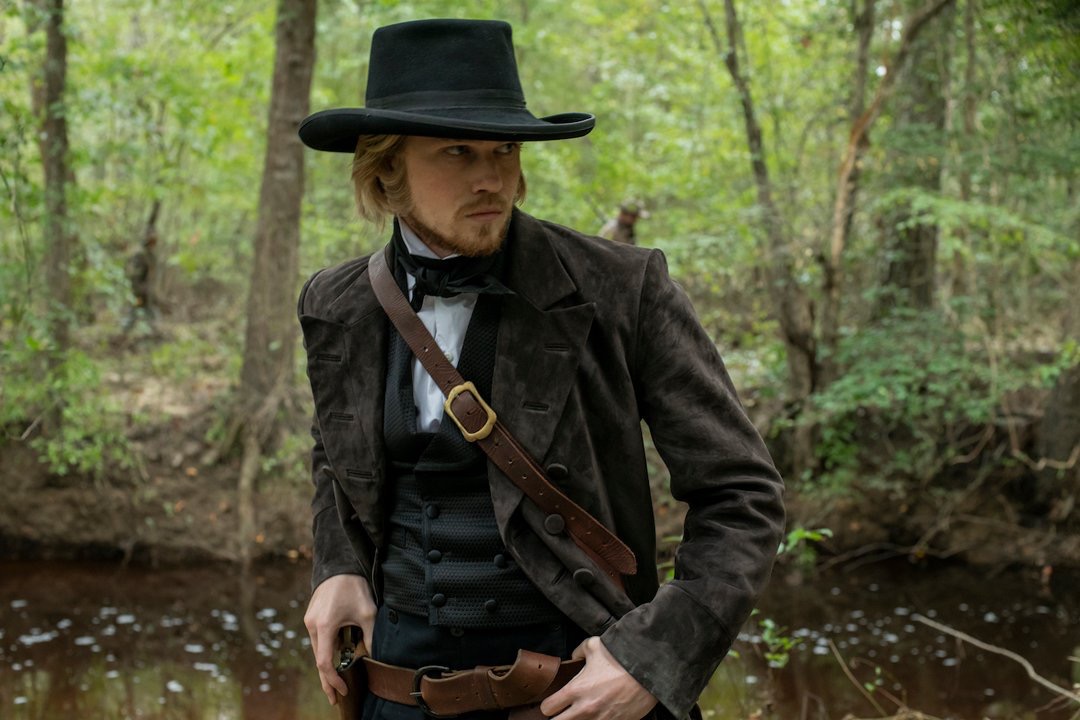 One of the first things you hear in “Harriet” is a beautiful negro spiritual. Throughout the film, those rarely disappear for more than a few scenes. It helps to have a natural, beautiful singer in Cynthia Erivo, who memorably showed off her pipes in last year’s “Bad Times at the El Royale.” Erivo is more than just a singer, but the strength of her acting in last year’s movies (the one mentioned, plus “Widows”) was more impressive than her work here. It’s not entirely her fault. It must be tough to portray a figure as mythic as Harriet Tubman. I think Erivo did a fine job, but I also think the performance naturally felt a little too earnest. All of Tubman’s lines were spoken with such importance…would Tubman actually have spoken like a larger-than-life figure who knew she would be on money? I find it hard to believe. “Harriet” is certainly not the only movie to play up its figure because of how history has remembered them. But it’s a pretty spot-on example of it.

A color-by-numbers biopic like “Harriet” might only teach you the surface-level facts you need in order to understand the essence of its subject, but it’s still important for those who don’t even know that much—like the elderly white man I overheard sitting behind me in the theater, who claimed he had never heard of Harriet Tubman before researching this movie. For him, and you, I would recommend reading a biography like Ann Petry’s “Harriet Tubman” if you want to learn even more. Hopefully, that man was inspired to buy one of those Harriet Tubman stamps that let you legally transform twenty-dollar bills without the government’s permission. I think it’s what Harriet would have done if she had recognized injustice and saw something she could do about it. But until Harriet gets the currency treatment, this very average slavery drama will have to suffice.