In “Servant,” the new M. Night Shyamalan-produced series from Apple TV+, secrets are collected and closely guarded like Infinity Stones. But what’s the endgame?

When Sean and Dorothy Turner’s (Toby Kebbell and Lauren Ambrose) baby boy dies tragically, the only thing that helps Dorothy cope is a life-like grief doll with a passing resemblance to their son. After a few weeks, Dorothy grows so close to the doll that the affluent Philadelphia couple decides to hire a live-in nanny to extend the simulation. But Leanne (Nell Tiger Free), a shy, simple girl from Wisconsin, shows up on the Turners’ doorstep with more baggage than just her luggage. The opening scene may pay homage to “The Exorcist,” but this time the rainy night visitor may be bringing more evil into the home than she’s taking from it.

But “Servant” plays its card close, and you might never find out everything you hope to know. At times, the series feels almost like a follow-up to “Gone Girl”—in case you forgot, that story ends with an unhappy Nick trapped in a doomed marriage with a dangerously troubled (and, unexpectedly, pregnant) Amy. “Gone Girl” really soared because of Rosamund Pike’s Oscar-nominated performance, and “Servant” may have a shot at Emmy consideration by way of Lauren Ambrose. The “Six Feet Under” actress fully commits. Dorothy’s grief drives her into deep despair, but her detachment from reality also means she reaches manic highs. Ambrose excels at both. Toby Kebbell’s “Black Mirror” experience prepped him for this series, which definitely has those same vibes. I mean, of course it does—it’s an M. Night Shyamalan production. 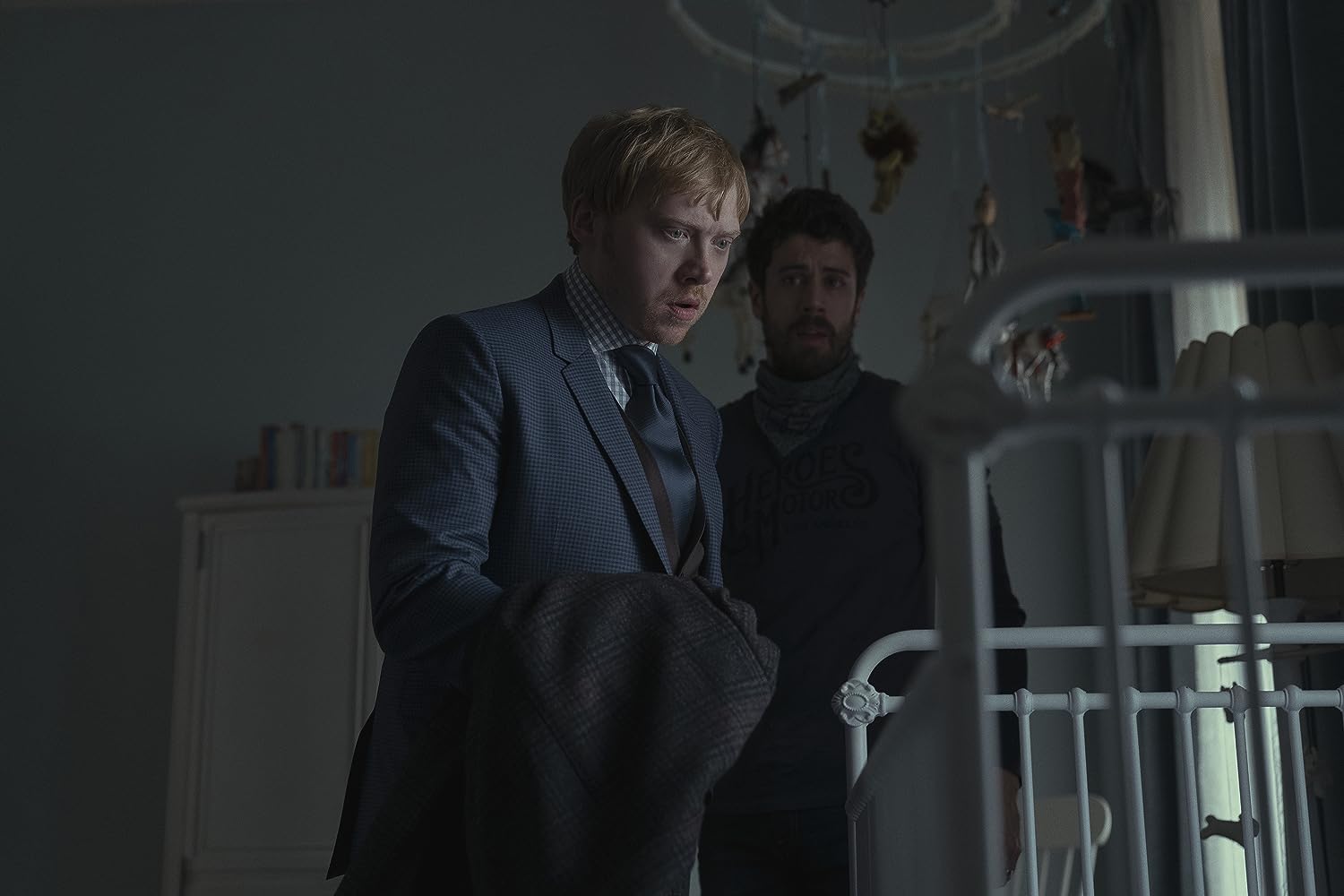 “Black Mirror” aside, television doesn’t get much creepier than “Servant.” But just when it’s about to make the leap from creepy to terrifying, it gets tripped up. Part of that, I feel, is due to the character of Leanne. The “quiet girl with a penchant for secrets” schtick only takes “Servant” so far. “Servant” is sometimes more unsettling in premise than in execution. The dialogue is creepy, but the delivery is wooden. The score is creepy, but its harsh violins portend frights that never come. After a while, you begin to crave something bolder…and faster-paced. The show weaves a complicated web of mystery, but it takes a while to develop. The table is set, but “Servant” doesn’t let us eat for way too long. 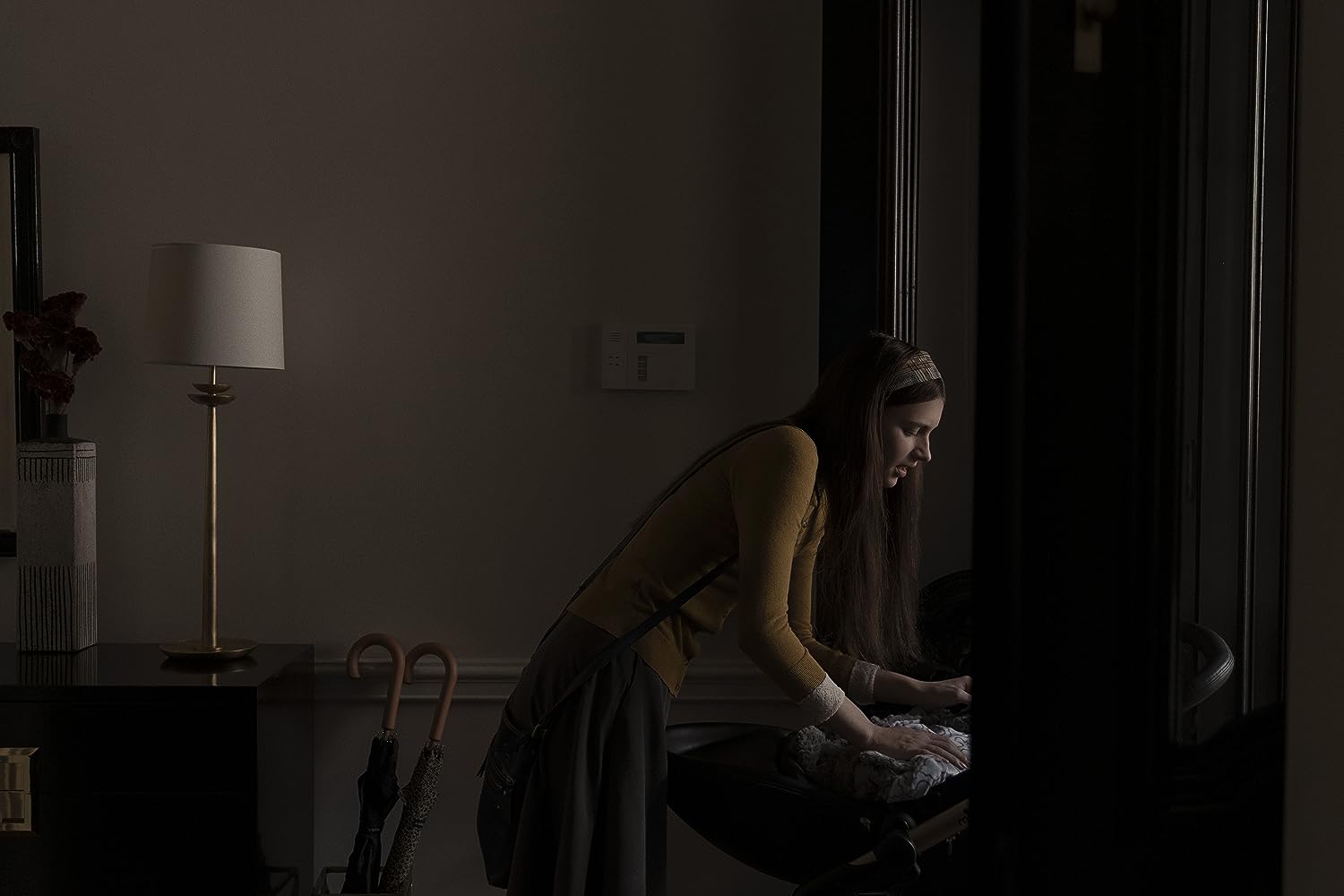 Cinematographer Mike Gioulakis (“Us,” “It Follows”) contributes to the eerie atmosphere. Sometimes, he keeps characters out of frame as they talk, to heighten the intrigue. Other times, their face takes up the whole frame so there’s nothing else we can see. Either way, the cinematography is usually used to creepy effect. Whether this show has talent behind the camera (and in a few cases, in front of it) is not really a question. But “Servant” raises so, so, so many questions, you might rightly wonder if there’s a reasonable answer to all of them. If you’re a fan of Shyamalan’s brand of mystery (the kind that doesn’t mind leaving you in the dark if it thinks it has a chance of blowing your mind), you may find it’s worth the time (and the cost of an Apple TV+ subscription) to find out if you’ll get your answers. If not, maybe you’re better off sticking with Netflix.