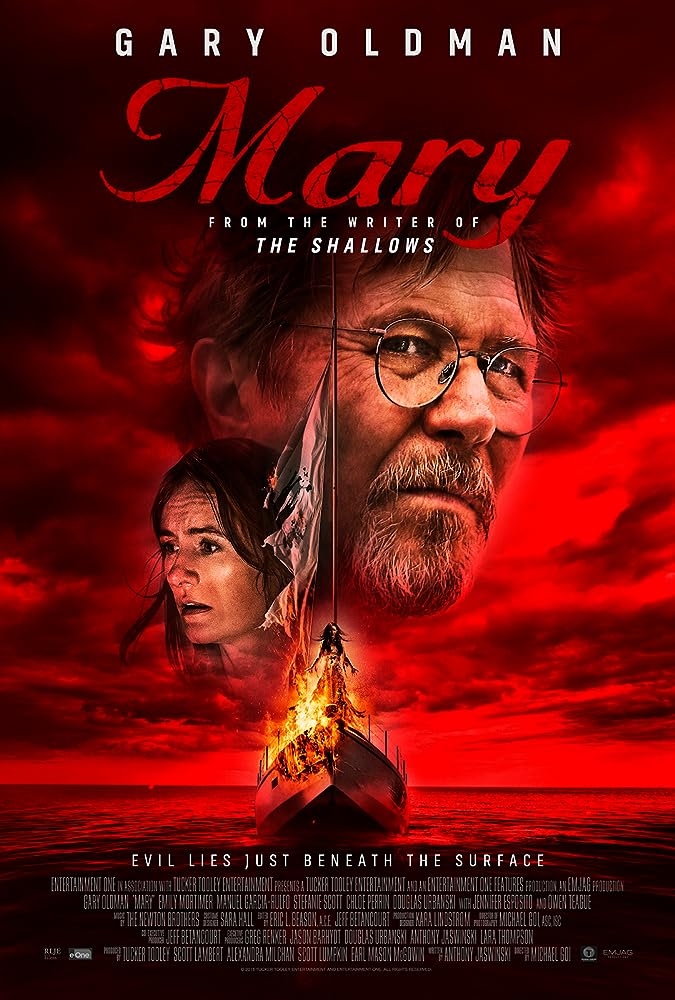 When veteran fishing captain David (Gary Oldman) buys an old, fixer-upper sailboat christened “Mary,” it comes as a surprise to his wife Sarah (Emily Mortimer) who expected him to come home with something more…practical. David’s dream of captaining his own boat overtook his wife’s dream of being above-water financially. It turns out, her worries were justified (if misplaced). On Mary’s maiden voyage under her new ownership, David, Sarah, their two daughters, and two crew members encounter a presence on the old boat that they can’t quite explain. As this entity begins to wreak havoc on the ship, the trapped passengers will have to fight for their sanity and their lives.

“Mary” is about as subtle as a glass cup to the face (which is a thing that happens in this movie…didn’t anyone ever tell these longtime seafarers you shouldn’t bring glass on a boat?). Every moment I could describe as frightening came from either a cheap jump scare or a very predictable lead-up to one. And “Mary” uses nearly every trope in the horror movie handbook—nightmares that seem real to the audience; a young child’s creepy drawings; an adult who crawls into a tight space with only one exit. Yes, the open sea is inherently terrifying (especially for me, as someone who can’t swim). Boats are creaky and claustrophobic and poorly lit—all of which contributes to fear. But when it all seems so detached from reality that it could only be the work of a horror movie, you start to expect the frightening aspects until those parts lose their effectiveness entirely. 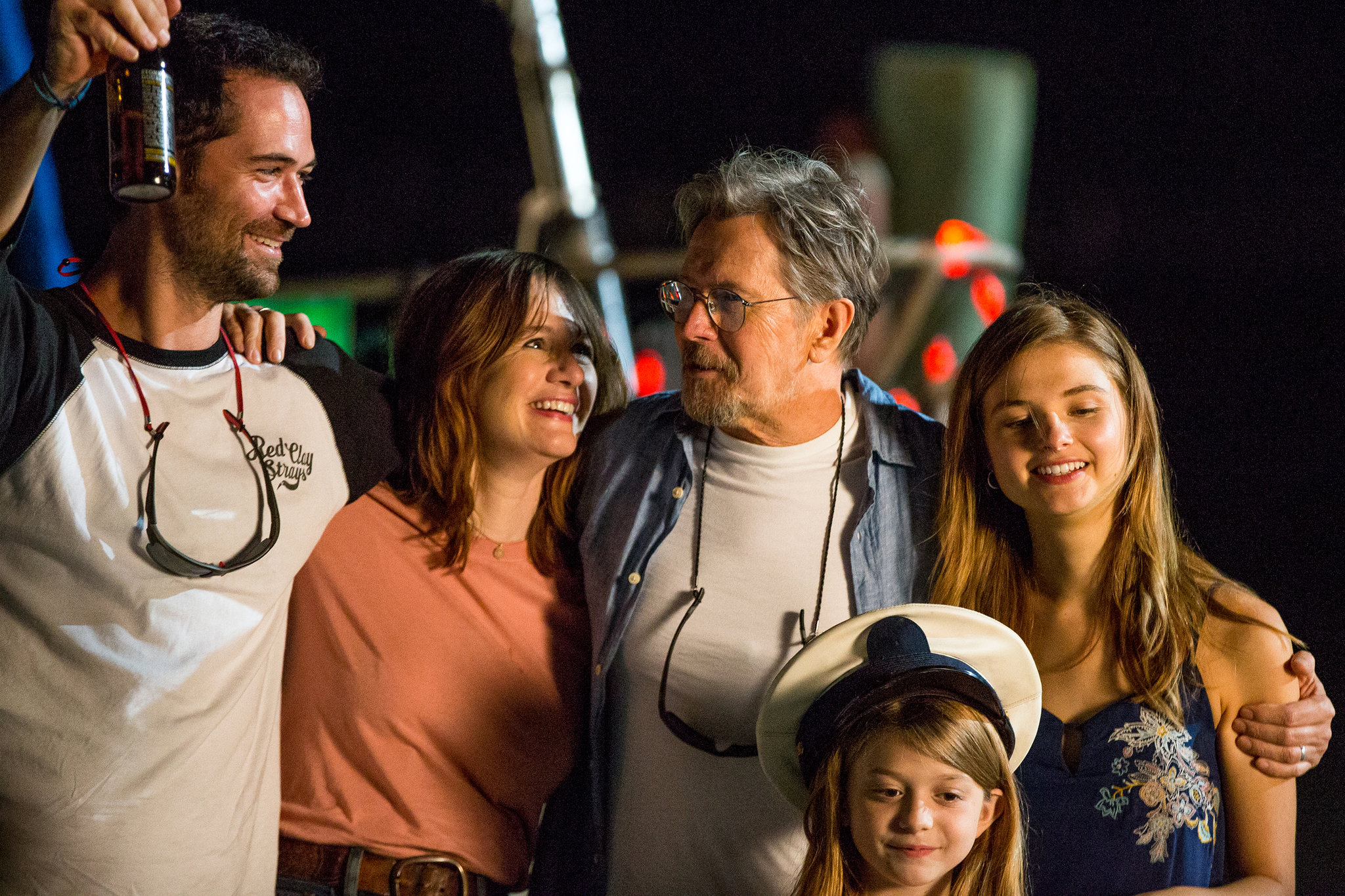 Until now, only one of writer Anthony Jaswinski’s feature films, 2016’s “The Shallows,” had found any sort of critical success or even theatrical distribution. With “Mary,” I found a script so dreadfully bad, even recent Oscar-winner Gary Oldman couldn’t make his lines sound genuine. I actually quite liked Oldman’s casting and relished the chance to see him in a horror movie (a genre he’s tried before, but not for a while), but his hands are tied by this uninspired script.

There’s something about “Mary”—a lot of things, actually—that I could point to…but the point is, just skip it. It’s a real poop deck of a movie.