Westerns typically follow one of a few plots, and always share several common elements. Movies set in space are similar. Typically, space is used to convey loneliness and isolation, progress and hope, or sheer terror. “Ad Astra” taps into all three of these. And it does it relatively well. But at times, I struggled to connect to its deeper themes. (But then, on the other hand, when a space movie is this tense, it’s hard to care about its deeper themes.)

In the near future, veteran astronaut Roy McBride (Brad Pitt) survives a near-death space accident caused by an unusual power surge. When he recovers, he’s told in a classified briefing that the source of the surge might have been a spaceship in the outer reaches of our solar system, one thought lost forever. One of the members of that crew (long thought to be dead) was McBride’s father (Tommy Lee Jones), so Roy is tasked with sending a message to the ship in case his father is still out there. As Roy learns more about his father’s mission, he begins to question everything he thought he knew about his father…and about his own mission in life. 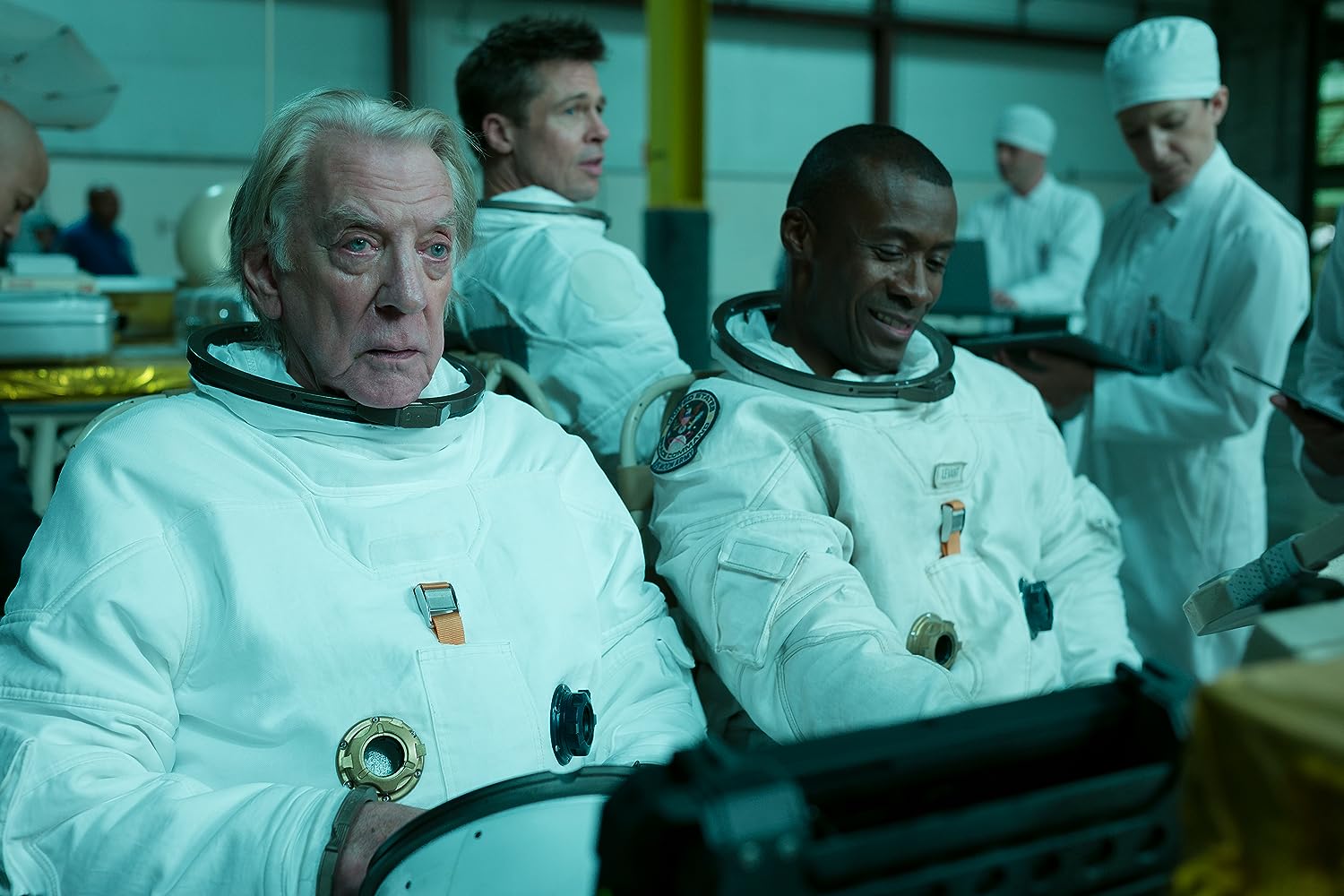 Brad Pitt’s subtly brilliant performance is the backbone of the film. But it is subtle. He’s never given overly dramatic scenes to chew (and we know how much Pitt loves chewing in movies), but McBride gets a beautiful character arc and Pitt delivers just what the role calls for. We also get really nice performances from space cowboys Tommy Lee Jones and Donald Sutherland, in smaller roles. Ad astra means “to the stars,” but “Ad Astra” gets great performances from its stars.

In the second half, “Ad Astra” delves into “Twilight Zone”-esque territory, and at certain moments it’s as tense and as terrifying as any horror movie this year. But when “Ad Astra” tries to be poignant, I feel like it is never quite as important as it strives to be. It lacks a “wow” factor that movies like “2001: A Space Odyssey,” “Gravity” and “Interstellar” before it had. And as a 27-year-old male, I can’t help but assume I’m the audience that “Ad Astra” was meant to connect to. Still, though, “Ad Astra” is a beautiful movie that is worth seeing on the largest screen possible. It contains some tense space action and some wonderful acting (not to mention some of the year’s best cinematography and visual effects), but I do wish its father/son moments had felt more genuine to me.