Well, cluck me! I never thought I’d see the day when this super sequel made it to theaters. Let’s back up a minute…or three years. Back in November of 2016, “Super Size Me” director/producer/star Morgan Spurlock opened a pop-up restaurant in an abandoned Wendy’s in Westerville, Ohio, only a few miles from where I lived. For only four days, it served chicken sandwiches, chicken nuggets, and a small variety of sides and drinks. When my now-fiancée and I went, we had to wait in line for an hour, which gave us plenty of time to take note of the photos, charts, and writing on the walls. Each one explained how the decisions made during the creation of this restaurant had the singular goal of tricking consumers into thinking they were eating something healthy—and how it is common practice for the country’s most popular fast food chains to engage in this deceptive marketing, too. All of this is to say…I had already seen the finished product of Spurlock’s newest documentary “Super Size Me 2: Holy Chicken!” But I was fascinated to see how Spurlock got there. 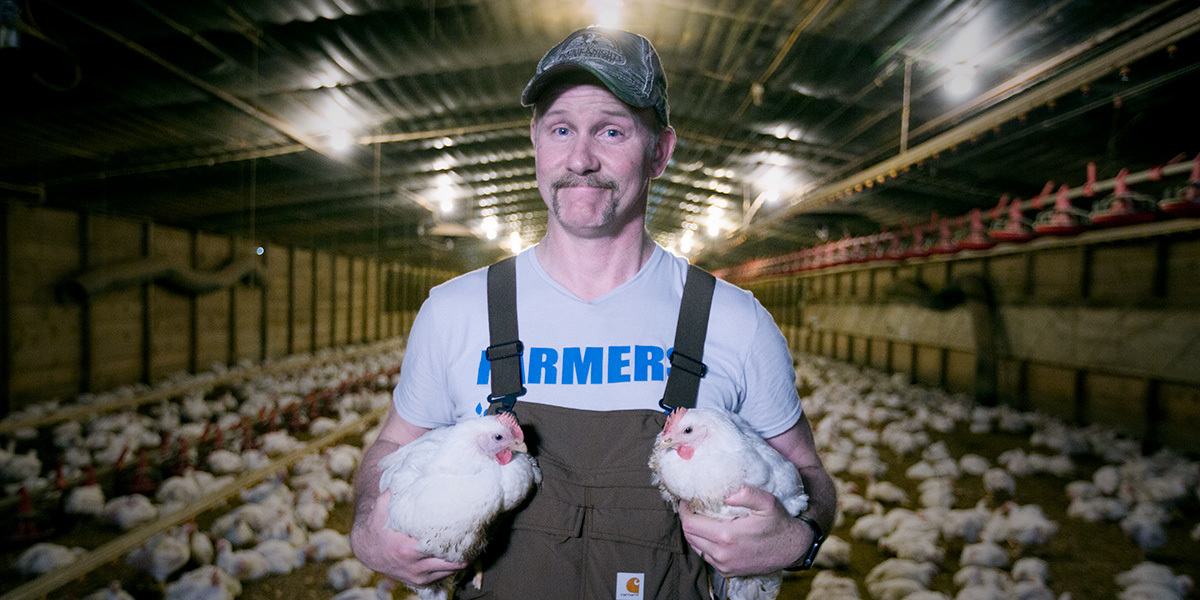 On average, Americans eat a pound of chicken every four days. Much of that comes from fast food restaurants, as the recent viral showdown between Popeyes and Chick-Fil-A spotlighted. But since Morgan Spurlock had already tackled the behemoth McDonalds back in 2004, he decided to expose most restaurants’ “healthier” alternative to burgers: chicken. The thing is, the Big Chicken industry is so rife with lobbyist influence and phony trickery, the chicken most Americans consume by the quarter-pound is unethically raised and loosely regulated by the government. So Spurlock bought hundreds of chickens, raised them in an Alabama farmer’s barn, and opened a pop-up restaurant to make every fast food consumer’s farm-to-table ideal come true. Along the way, he used his brand of sly (sometimes arrogant) wit and shady journalism to expose Big Chicken for what it is.

Will “Super Size Me 2” make me stop eating fast food chicken? Probably, but if the documentary taught me anything it’s that the problem doesn’t stop when you leave KFC. The chicken you buy at a grocery store is just as problematic—whether the package says “organic,” “cage-free,” or “USDA approved.” Unless you go full vegetarian—and let’s be real, that’s obviously the most ethical option anyway—you’re screwed. But whether or not this farm-to-table documentary achieves its desired outcomes—tearing down the chicken industry in America and rebuilding one that’s ethical to the chickens and the chicken farmers—“Super Size Me 2” is plump with information, and it’s definitely never boring. Now, it’s up to the chicken industry and the consumers to help affect the change Spurlock craves.