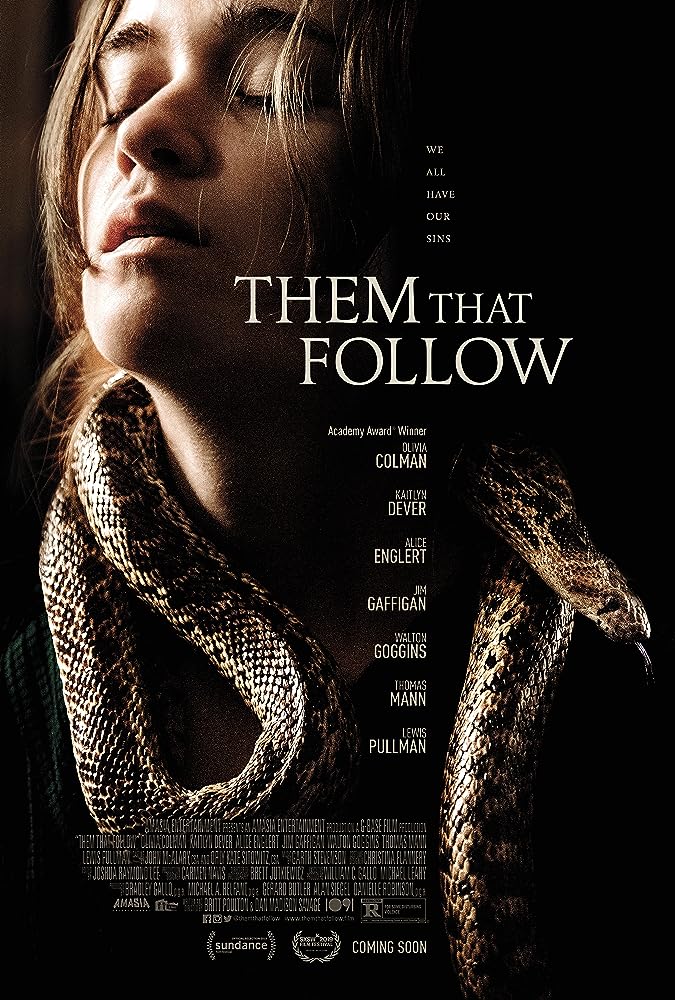 Writing dramas set in the religious South takes a subtle, careful hand, and inexperienced screenwriters Britt Poulton and Dan Madison Savage (who also direct) don’t seem to have it. “Them That Follow,” the pair’s feature directorial debut, is full of the cringy clichéd characters you’re used to seeing—Walter Goggins is a preacher with beliefs as backward as his hairline, Emily Coleman is a misguided mother trying to do right by her son (Thomas Mann) and the Lord, and Alice Englert is a young woman (and daughter of the preacher) hiding a cardinal sin. Together, working with a screenplay that is so bad it sometimes approaches being funny, they struggle to make this melodrama interesting.

Twitter favorite Goggins makes almost too much sense as the fiery preacher whose church is tucked away in the woods, but the rest of the casting choices left me scratching my head. Emily Coleman, following up an Oscar win for Best Actress, feels like a bit of a left-field pick. If Coleman is left-field, Jim Gaffigan isn’t even in the ballpark. In a role that literally could’ve (and probably should’ve) been played by any burly hillbilly given a week’s worth of acting lessons, they had to choose the stand-up comedian why? And I’m sure Kaitlyn Dever, who plays Goggins’s adopted daughter, could’ve meshed better with her character if we hadn’t just seen her playing a very 2019 lesbian in “Booksmart.”

Poulton and Savage’s script never feels like it’s going anywhere, and in the end it never really does. A story of love in the face of religious differences, “Them That Follows” is just like any story of forbidden love if it took place wherever “True Detective” Season 1 was filmed.

Who is this movie even for? I don’t know. All I can say is it wasn’t for me.