In the myriad ways the Marvel Cinematic Universe has changed the landscape of modern-day filmmaking, perhaps the most important and irritating is that it has tricked audiences into believing that it’s okay if a sequel only serves to support the franchise and doesn’t even try to stand alone. There have been less essential MCU entries (“Doctor Strange,” “Ant-Man and the Wasp”), but it seems to me that “Spider-Man: Far from Home” serves two similar and opposite purposes: first, it’s a chaser to the superior “Avengers: Endgame” that released in the spring; and second, it’s a teaser for the MCU’s Phase 4 (and especially for the future of Tom Holland’s Spider-Man). 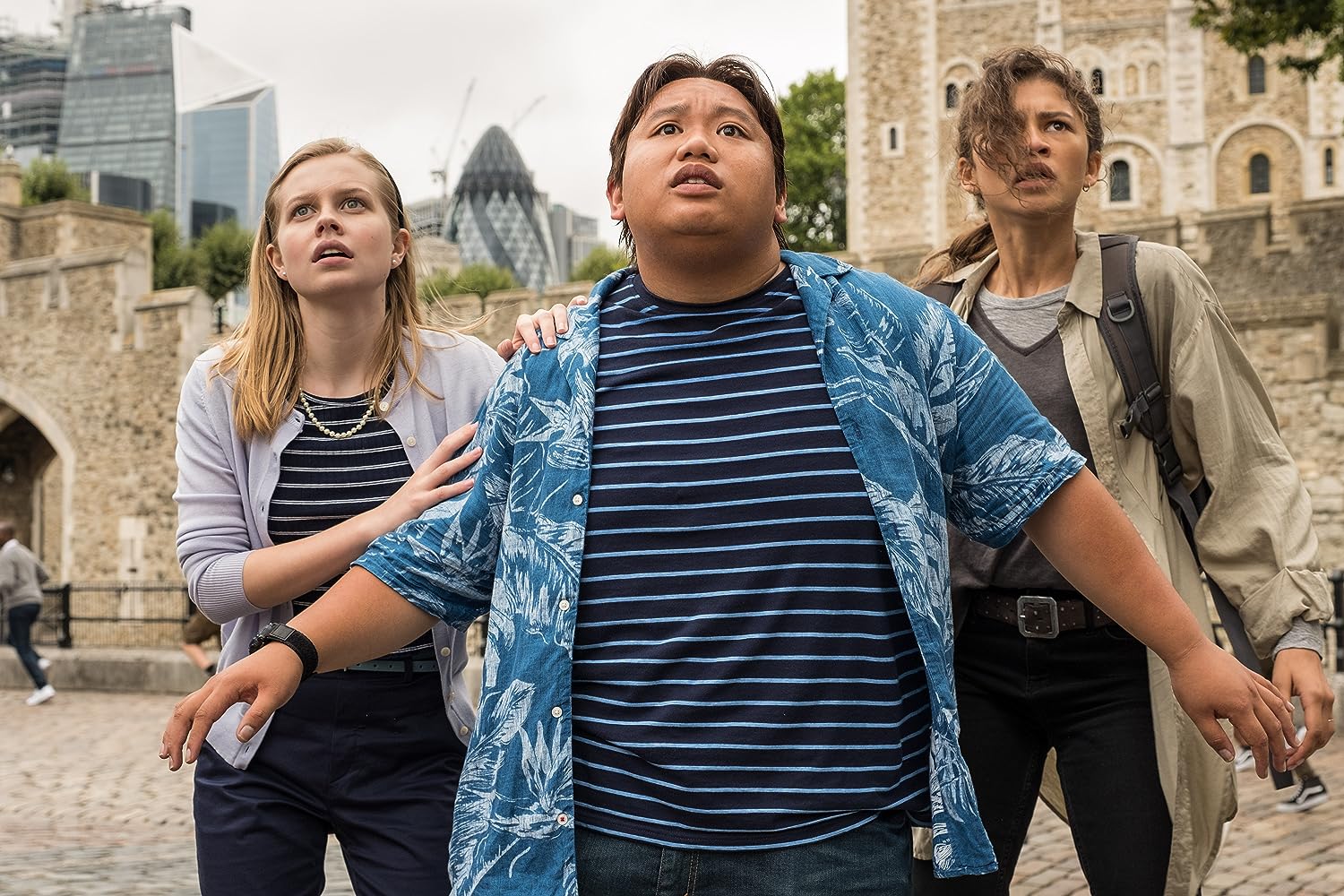 In the weeks and months after “the blip,” Peter Parker’s (Tom Holland) high school is a mess. Kids paint terrible-looking portraits of Iron Man in art class and pre-pubescent 13-year-olds have been blipped back as hot high school seniors ready to steal your girl. That’s the situation Parker finds himself in when, on a Euro field trip, his crush MJ (Zendaya) has a new suitor in nerd-turned-hunk Brad. But the early-on tone of “quirky Italian rom-com” is quickly supplanted by superhero action, and Spider-Man comes to the rescue to defeat the Elementals, a series of large, difficult-to-defeat monsters made of earth, water, and fire. But while Spider-Man struggles to figure the elementals out, one man seems to have all the answers. Cape-wearing super-something Mysterio (Jake Gyllenhaal), as the Italian press dubs him, tells Nick Fury (Samuel L. Jackson) and Parker that he comes from an alternate universe possibly created by the snap. But this international man of mystery really mixes things up for this already confusing new world when it turns out he’s not all that he says he is.

In “Spider-Man: Far from Home,” the deceased Iron Man’s name is invoked as much, if not more than, our friendly neighborhood hero’s. Marvel reasonably assumed that after “Endgame,” audiences would need a chance to grapple with the MCU pacesetter’s heroic end. But tying up loose ends and pumping us up for what’s to come seemed to take priority, and the main plot struggles to hold interest. Mysterio is a fun character, and I love Jake Gyllenhaal in the role, but the character’s motivations go unaddressed. For as much as he pontificates about getting people to listen, he doesn’t seem to have much to say. If it wasn’t for its effectiveness in connecting to the universe as a whole, I wouldn’t be giving “Far from Home” high marks at all…which ties back to what I said at the beginning—is it okay to dismiss this movie’s flaws just because it answers questions about previous MCU movies and raises exciting new questions about the franchise’s future?

On the plus side, “Far from Home” continues the funny tone set in “Spider-Man: Homecoming.” It is in touch with the political, cinematic, and cultural milieu of the country right now. But on the other hand, it lacks the tie to New York City that Sam Raimi’s trilogy had. Those movies felt like true New York movies, and I long for the return of a neighborhood Spider-Man that is no longer possible now that he’s been accepted as an Avenger—an international, intergalactic savior, whose borders extend lightyears beyond Queens.

Still, “Spider-Man: Far from Home” sets up a fascinating future for the Marvel Cinematic Universe, and in asking those big questions it stays just interesting enough to make it necessary for any Marvel fan to catch in theaters.