Presenting what may be the ugliest, most frustrating romantic relationship I’ve seen on screen since “The Phantom Thread,” writer/director Joanna Hogg’s “The Souvenir” (based, in part, on the director’s own life) could’ve instead been called “The Phantom Needle.” Starring breakout actress Honor Swinton Byrne (daughter of Tilda Swinton and playwright John Byrne) and shot in a scrumptious grainy style befitting its 1980s setting, “The Souvenir” catches up to film student Julie (Swinton Byrne) right before she meets a rich government employee (Tom Burke) whose arrogance charms Julie into falling for him. But even when he’s shown to be downright manipulative, Julie has trouble saying no to the man.

Honor Swinton Byrne is just the fresh face that a movie like “The Souvenir” needs. She has all the talent of her mother (okay, maybe not, as a small but meaty role for Tilda in this movie reminds us) but with the added ability to bleed into an anonymous everygirl character in a way her mother can’t. It would have been tough to find an actress who fits the tone, setting, and palette of this movie as well as Swinton Byrne does. But it’s not all about fitting in and blending in—she’s a hell of an actress. And her role isn’t a stroll in the park. It asks a lot of her. Playing opposite Swinton Byrne was Tom Burke, who made me hate his character Anthony with a burning passion…so I think he accomplished his job, though it brings you no pleasure to watch him ruin Julie’s life. 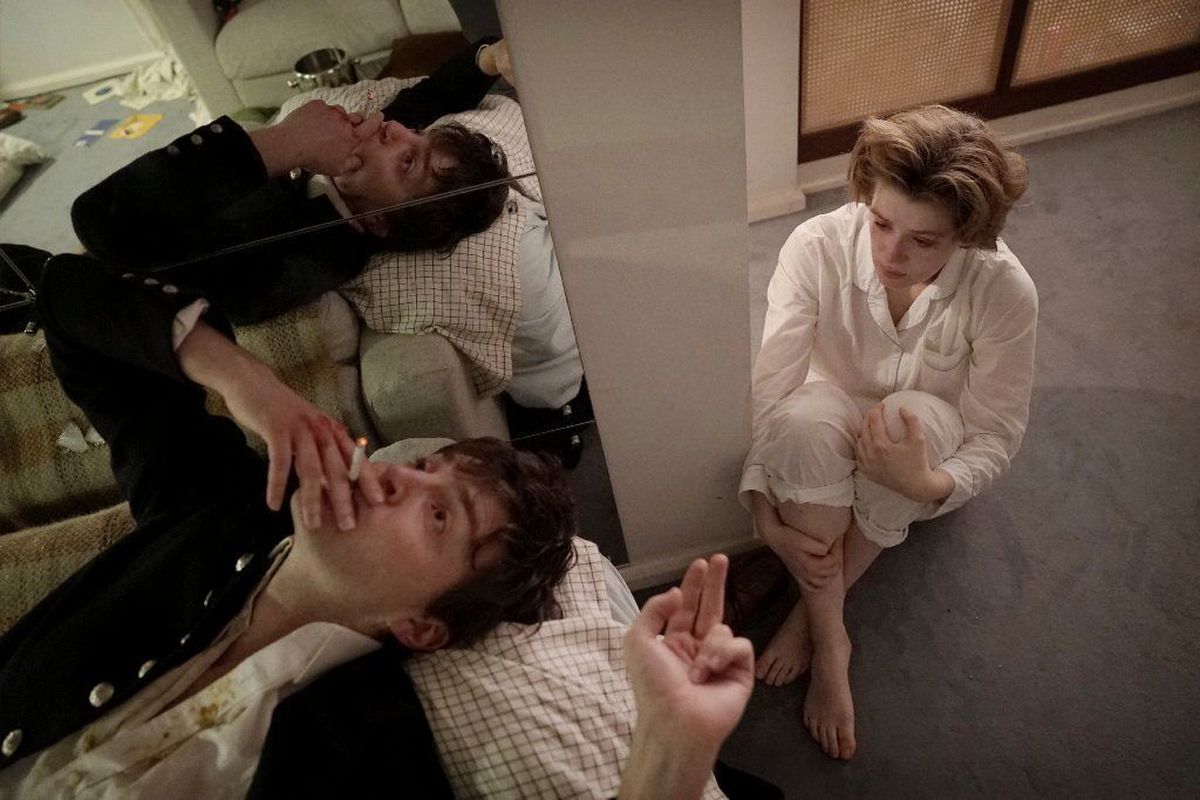 Joanna Hogg’s script is simultaneously quaint and intellectual. It’s such a simple premise—a two-hour look into the short life of a toxic relationship—that it takes the perfect script to pull off at all, let alone well. Her choices to ditch transition scenes and jump into some scenes without proper introduction was clearly a choice, and though it’s not the one I would have made it never hampered my understanding of the plotting. It definitely doesn’t help the audience out any, though, so if paying attention to a movie is not your thing, maybe avoid this one.

The news that “The Souvenir” was getting a sequel intrigued me, and led me to expect that this film would have a different ending (I didn’t know ahead of time that it was based on real stories). Personally, I would like to see Hogg set “Part II” far in the future, maybe even ten years out, when Hogg was directing for television. I have no doubt Honor Swinton Byrne could convincingly play a woman in her mid-thirties, and I think a different setting (the mid-1990s) would give the talented production designers, costumers, and cinematographer some room to be creative in a new way, giving the film a distinct look. As long as there are stories there worth dissecting. But however Hogg decides to follow up this beautifully heartbreaking story, you’ll find me in the theaters to watch it.