When I realized, embarrassingly late, that Disney’s live-action “Dumbo” remake would reunite the “Batman Returns” trio of Tim Burton, Michael Keaton, and Danny DeVito, I was excited. But I should have remembered how Disney movies have a way of tamping down ambitious directors’ boldness. “Dumbo” takes Tim Burton’s singularly weird voice and mutes and distorts it until the delightful weirdness of, say, a “Pee Wee’s Big Adventure” or “Edward Scissorhands” became, well, sort of bad. And not even in the campy way “Alice in Wonderland” sort of worked. 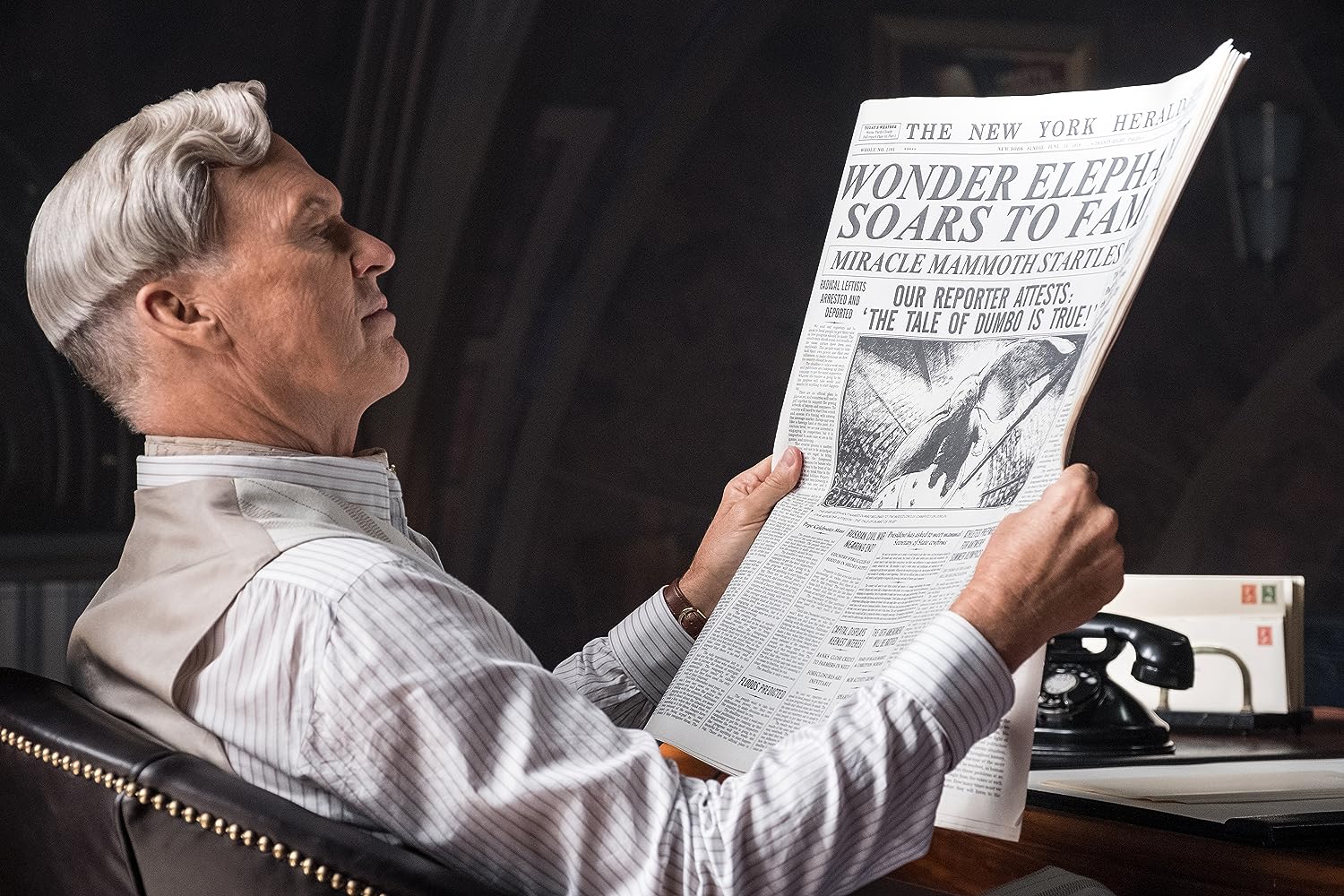 When Holt Farrier (Colin Farrell) returns home from the Great War, sans one arm, he finds that the once-fabulous Medici Brothers circus (led by Danny Devito’s Max Medici, sans one brother) has been similarly disabled by the times. Max has had to cut some acts in order to save money, but he couldn’t pass up the deal he got on a new pregnant elephant, Jumbo, due to give birth any day now. When the little one comes out with ears bigger than expected, Max hopes to hide the disfigurement—until he realizes that, after some training from Holt’s children (Nico Parker and Finley Hobbins), this talented baby elephant holds the key to the future success of Max’s whole operation. That is, until money-hungry circus entrepreneur V.A. Vandevere (Michael Keaton) makes an offer Max can’t refuse…but should.

Tim Burton-directed Danny DeVito is the best Danny DeVito, and in the first half he carries this movie on his shoulders. Seriously, it’s about time this guy got an Oscar nomination for acting. But once Michael Keaton enters the picture—and proves that he’s no longer fit for these sorts of larger-than-life Burton roles the way DeVito still is—the movie can’t be saved by DeVito, or anyone else. Keaton’s character is not at all well-rounded, and his attempts at portraying the antagonist come across only as cruel. Maybe this sort of clownish evil is fine for a kid’s movie, but couldn’t some layers have been added to make his character less irritating? Though recent hits to his reputation would have made him a bad choice for a family movie, Johnny Depp would have made this role great. Keaton can’t. I hate criticizing child actors, but Parker (daughter of Thandie Newton) and Hobbins couldn’t have been more detached or machinelike. Parker looks just like her mom, and acts just like an android from “Westworld.” 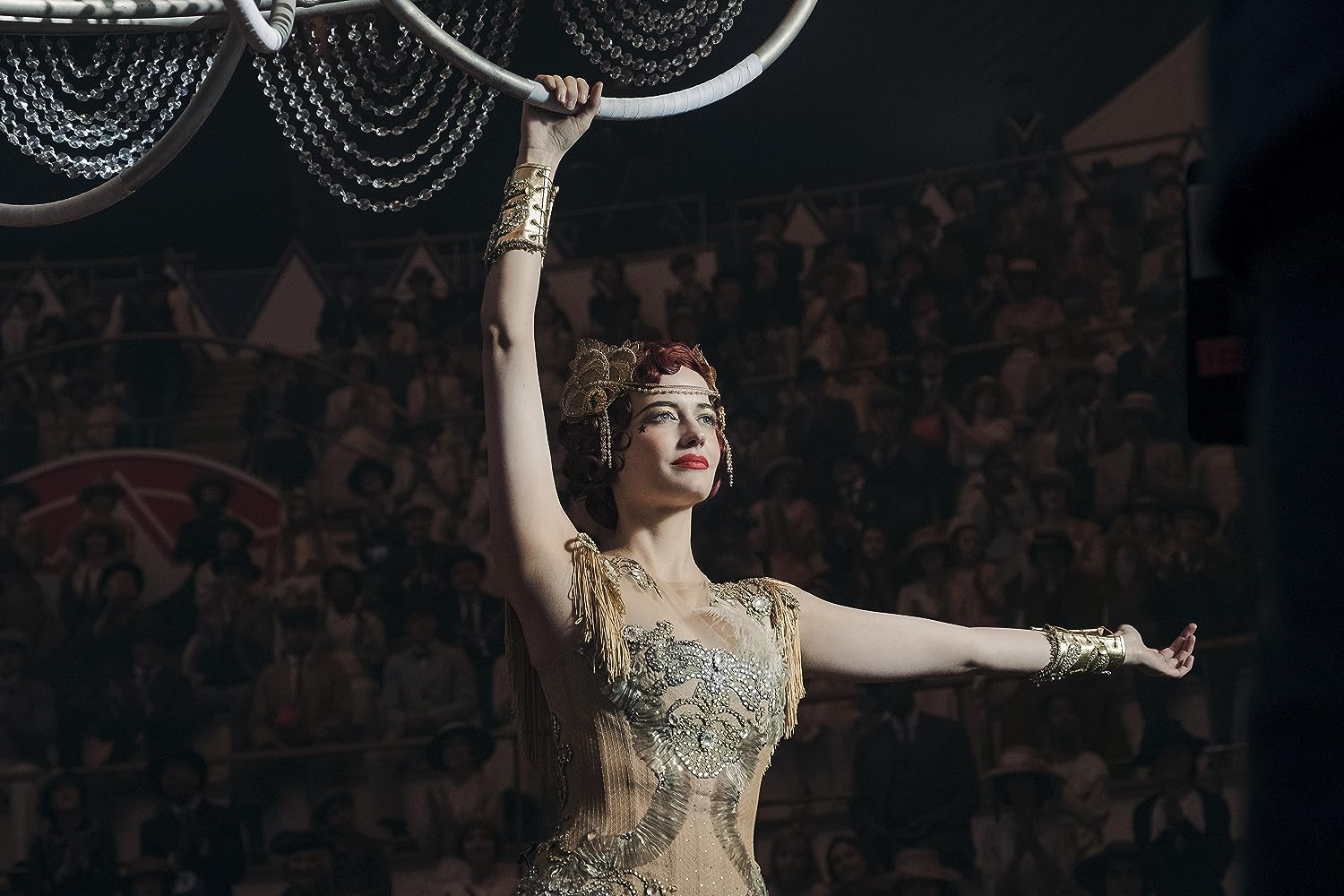 Burton’s slick visual style does get creativity points, and sets his Disney live-action remake apart from the other Disney live-action remakes, but the fact that Burton’s ambition seemed squashed by a PG rating kept “Dumbo” from being the right kind of fantastically weird. Or maybe Burton is losing his touch. Or maybe we should blame screenwriter Ehren Kruger, whose past credits (three “Transformers” movies, “Ghost in the Shell”) shouldn’t have inspired hope. I don’t know who all is to blame for this “Dumbo” remake not soaring to extraordinary heights. I just know I’m not blaming Danny DeVito.