Is this the real life, or is this just a lightly factual, crowd-pleasing biopic that boils the greatest showman Freddie Mercury’s life down to formulaic tour montages, orgies, and larger-than-life quotes? “Bohemian Rhapsody,” from embattled director Bryan Singer (who was eventually dropped as director after not showing up to set, and then was accused of raping a 17-year-old boy), has all the pitfalls of the standard biopic. This movie is what happens when filmmakers are too afraid of losing viewers to take any sort of chances. At the domestic box office, their strategy paid off. “Bohemian Rhapsody” was the 13th highest-grossing (domestically) film of 2018 (and the highest if you don’t count all of the comic book adaptations, sequels, or remakes) and the highest-grossing musical biopic of all time, passing “Straight Outta Compton.” But its financial accomplishments can’t make up for its lack of heart. 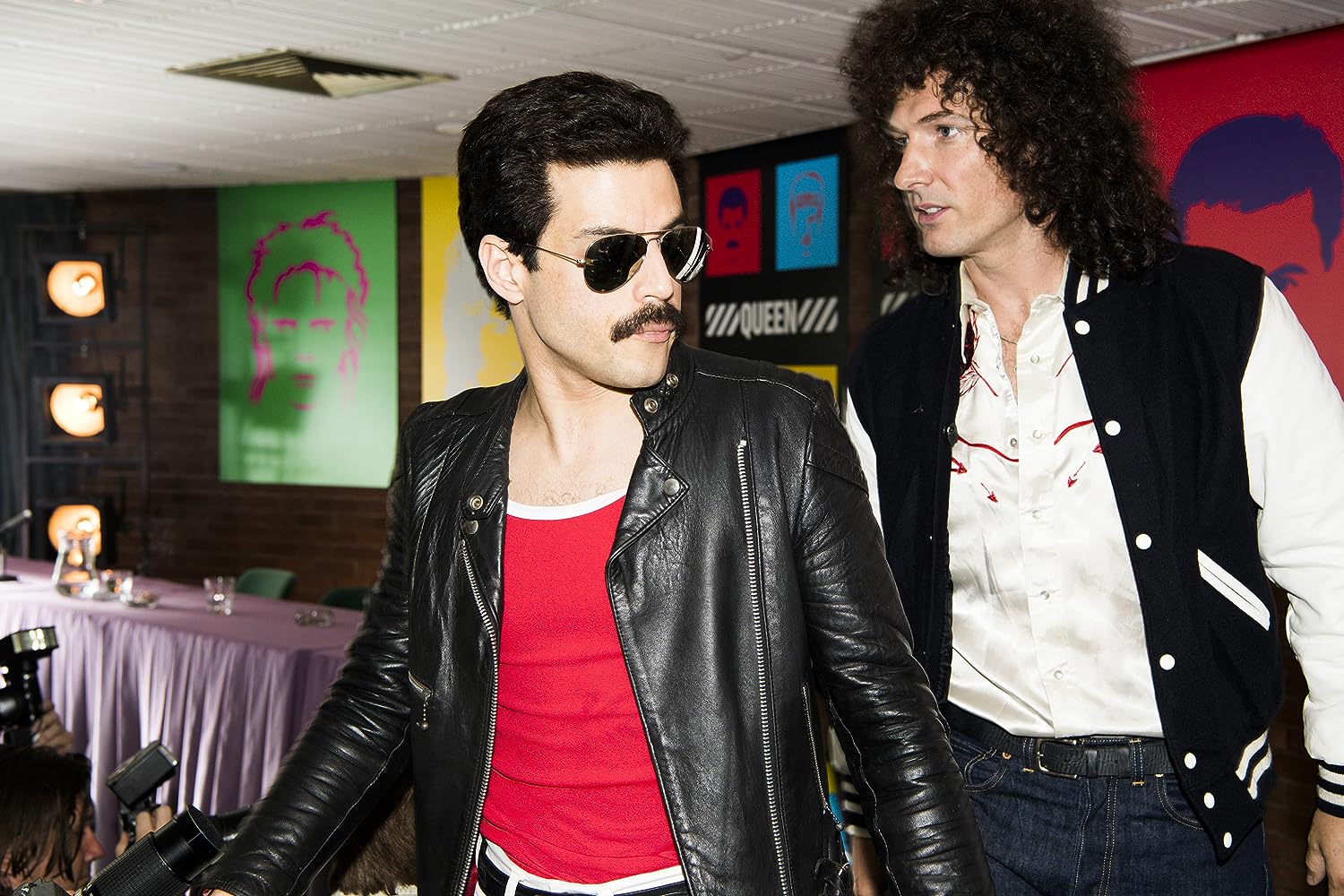 Before he was Freddie Mercury (Rami Malek), he was Farrokh Bulsara, working as a baggage handler at Heathrow Airport…with a stellar voice, but nowhere to use it. Racism worked against the Zanzibari-born singer until he teamed up with guitarist Brian May (Gwilym Lee) and drummer Roger Taylor (Ben Hardy)—and then, later, bassist John Deacon (Joe Mazzello). After a series of ups and downs—some real, some fabricated, some you probably know about, and some you might not—the men of Queen gave what’s been considered their finest performance, at 1985’s Live Aid concert.

“Bohemian Rhapsody” divided fans and critics when it released in November 2018, with some of the most glaring audience/critic gaps of any movie this year. 90% of Rotten Tomatoes audiences liked it, but only 62% of critics did. The movie’s user score on Metacritic is 82/100, but its critics score on that site is 46/100. A Best Picture nomination is undeserved and really undercuts what was a pretty resounding critical agreement, that the movie was bad. What everyone agrees on…“Bohemian Rhapsody” proves that Queen is popular, and that their music is entertaining as hell. I’m not disputing that. Nobody should. And when movies show how our favorite songs came to be (or how screenwriters say they were conceived), we enjoy ourselves. So it has that going for it. It also has a remarkable performance by its leading man. Rami Malek received an Oscar nomination for the role, and it’s not undeserved. Sure, the first time he opens his mouth to sing and Freddie’s voice comes out of it, it is deeply unsettling. But by the end of the film, watching their recreation of Queen’s Live Aid set, you’ll buy into Malek’s performance wholly. He embodies Mercury as well as could possibly be expected. 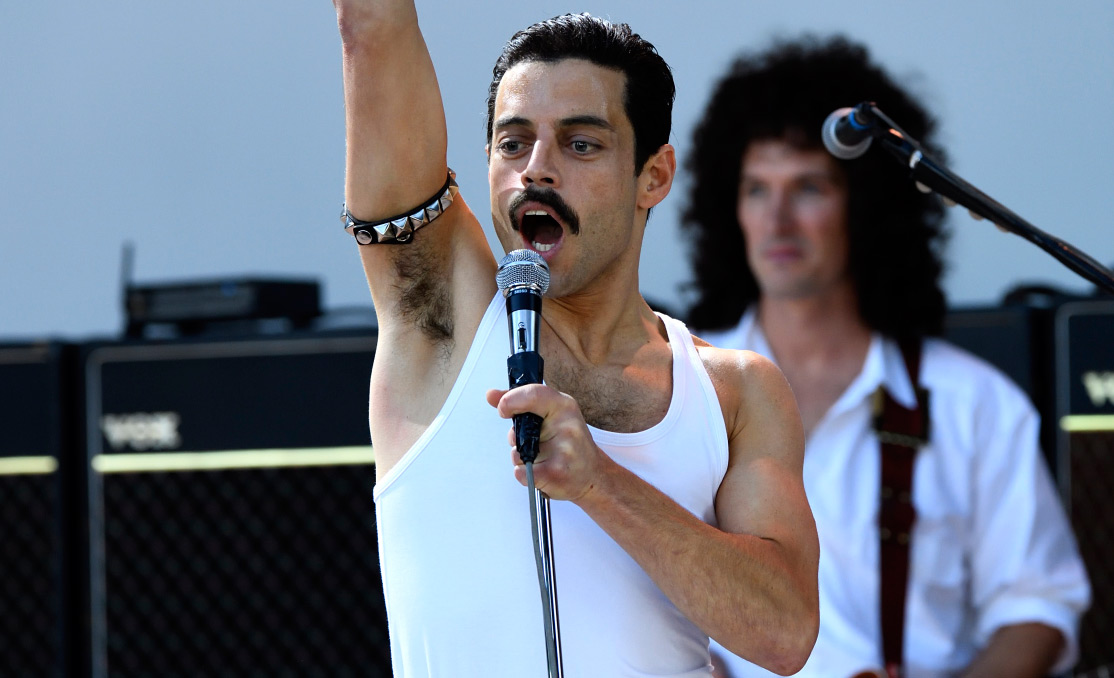 But the way Mercury’s story is told leaves a ton to be desired. Every scene has some air of “and the rest is history” hanging over it, like the filmmakers were counting on our love of Queen to overcompensate their lack of effort. They conveniently reposition “We Will Rock You” as coming after 1980, though in reality it was released in 1977. I guess it served the movie better to talk about it then. The dialogue isn’t any better. Everything is big and bold, which is fitting for Mercury’s persona I suppose but mostly just makes it sound like the characters are speaking in movie script language, which is not what you want when you’re trying to tell the story of a real life. I never felt like I was there, or even that these were real people. It all felt phony. “Bohemian Rhapsody” has no problem following the expected formula for the musical biopic, even if its subject was never content with the status quo. This movie is not the no-holds-barred treatment of Mercury’s story that the superstar deserved (and—I’m only speculating—would have wanted).