The stakes are higher than they’ve ever been in “Mission: Impossible – Fallout.” Nobody would’ve blamed Ethan Hunt (Tom Cruise, the best action superstar working today) for not accepting his mission this time around, but he does, and with the help of tough guy CIA agent August Walker (Henry Cavill), the IMF team (Cruise, plus Simon Pegg and Ving Rhames) will have to get back some weapons-grade plutonium that got into the wrong hands—by letting loose a detained terrorist with a connection to Hunt—but the possibility of either the plutonium or the terrorist being free in the world is not one Hunt would like to consider. 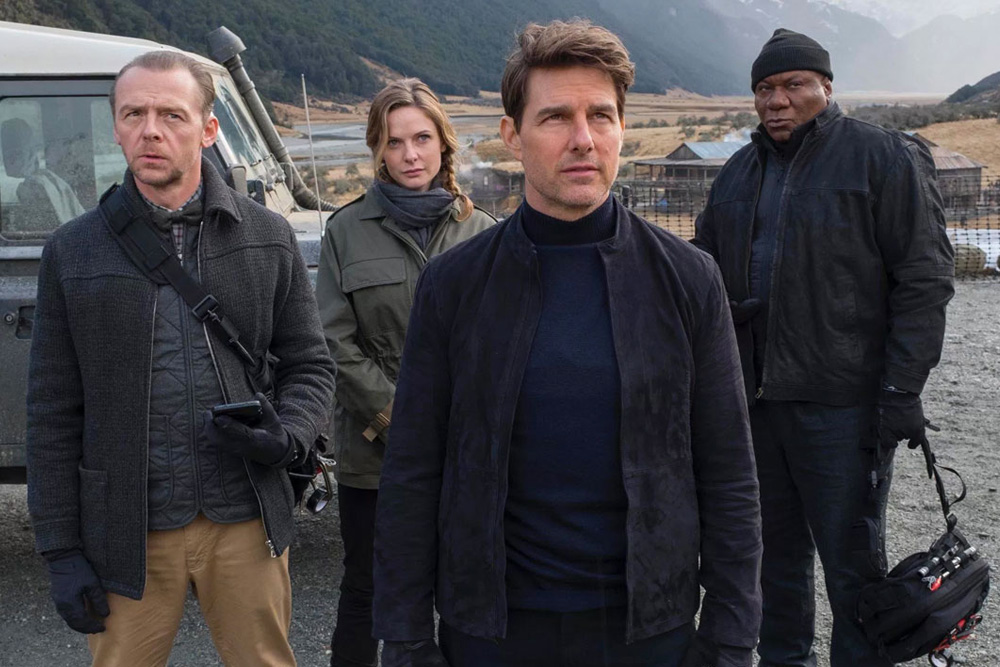 Last November, the world was stunned to discover that Henry Cavill had filmed his part in the then-upcoming “Justice League” sporting a full mustache, which was to be digitally removed in post-production. Chaos ensued. First, who knew we could digitally remove facial hair?! (Turns out, if “Justice League” taught us anything, it’s that it can’t be done well.) Then, we wondered what kind of role he was shooting next that required a mustache. Then we saw the first picture of August Walker in “Mission: Impossible – Fallout,” and all was forgiven. It turns out, the wait was worth it. Not only did the mustache deliver, but so did the man. I’ve been saying for three years, since “The Man from U.N.C.L.E.,” that Cavill would make for a great James Bond, but now I’m convinced. I guess I’m okay with waiting, as long as he keeps doing other spy movies in the meantime. He’s amazing here, especially when he’s throwing those big fists at people. Which he does, a lot.

But Tom Cruise is still the star of the show. He got certified to skydive from 25,000 feet so he could film one scene (it took multiple dives to get all the necessary footage). For another scene, he piloted a helicopter—after getting his pilot’s license in half the time it normally takes. For a fantastic chase scene, Tom drove a motorcycle through narrow streets (and stunt driver-controlled traffic), at upwards of 100 mph. If you thought the first five “Mission: Impossible” movies were physically demanding, you gotta see Tom Cruise in his mid-50s. He’s unbelievable. Especially when you consider that even Henry Cavill, a 35-year-old with muscles on his muscles, made occasional use of a stunt double during filming.

The latest “Mission: Impossible” installment is its best yet. Don’t just take it from me, though…countless other critics agree. The action keeps getting bigger, the stakes keep getting higher, and Tom Cruise keeps putting himself in more and more danger. “Fallout” is the best franchise blockbuster since “Planet of the Apes” wrapped up last spring. The three years since “Rogue Nation” is the shortest period we were asked to wait between “Mission: Impossible” movies. Now that it’s better than ever, maybe we’ll be treated to a seventh one even more quickly. One can hope.