2017 is shaping up to be the year of Sally Hawkins. Back in July, Hawkins portrayed a real life artist with a crippling arthritic condition in the underappreciated “Maudie.” In “The Shape of Water,” from the always-imaginative mind of Guillermo del Toro, Hawkins takes on a very different kind of role, as a mute custodian at a top-secret government laboratory. In both, Hawkins shows the world the lengths she’s willing to go to make good films.

Elisa’s (Hawkins) routine—morning bath, hard-boiled eggs, clock in, clock out, watch old movies with her gay roommate (Richard Jenkins)—changes dramatically when the government facility she cleans with her coworker and friend Zelda (Octavia Spencer) acquires a curious new Amazonian sea creature. Under the tight supervision of Richard Strickland (Michael Shannon), the manlike swamp being (played by actor Doug Jones in a tricked-out wetsuit of sorts) is studied by scientists, including Dr. Hoffstetter (Michael Stuhlbarg), in the hopes that it will somehow give them a competitive advantage against the USSR in the Cold War. But Elisa, a mute, knows what it’s like to be treated differently, and she begins to sympathize with the creature that’s being ruthlessly probed. “The Shape of Water” is a fish out of water story in more ways than one. Its admirable message is that whether you’re a weird fish monster or a custodian, whether you’re gay, black, or mute…you deserve human decency. Del Toro takes his “Little Mermaid” story (it may be even more like “Splash”?) and adds many more valuable layers to drive this message home. 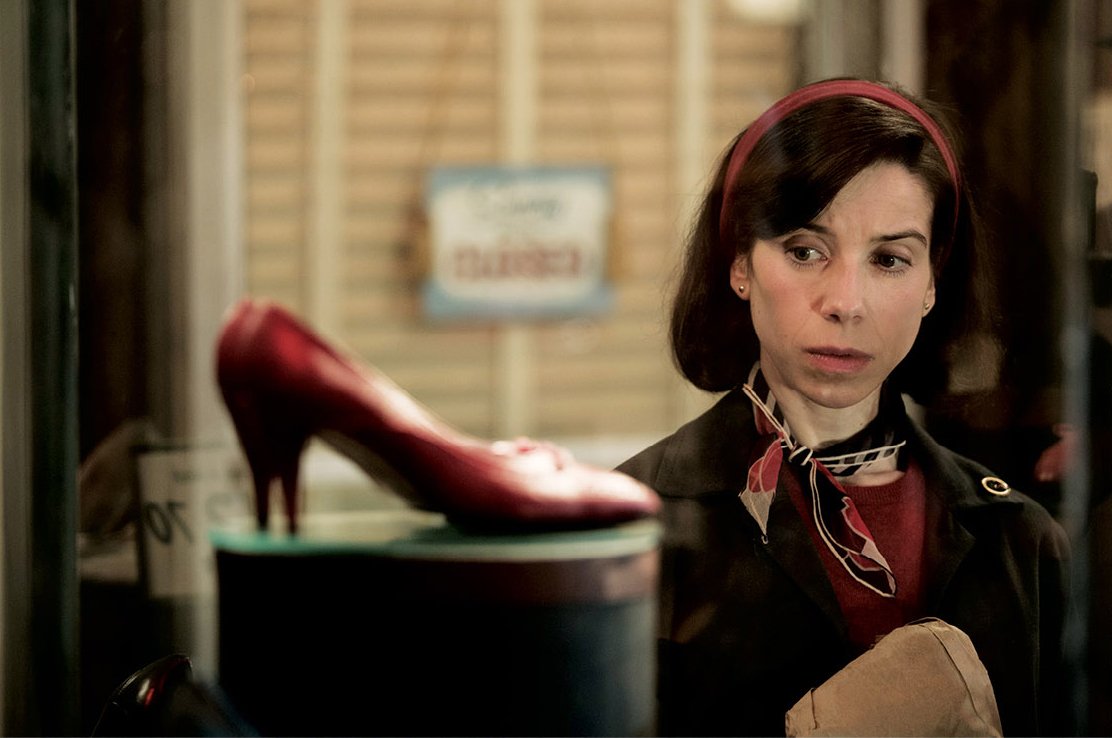 With all of this great acting, though, you don’t need the pretty sets as a distraction. Hawkins, as I stated before, is having a hell of a year. I’m not even sure if this performance is more impressive than her last, but both are extraordinary. Octavia Spencer, Oscar-winner for “The Help,” should be free to play characters that don’t clean toilets in the 1960s…but so far she’s two for two when she does. Here she brings out the feistiness and contagious charisma that helped wow audiences and critics in 2011. 2011 was, coincidentally, also the year Michael Shannon proved himself to be a capable leading man in the powerful “Take Shelter.” Almost every year since, Shannon has had a good performance in a good movie—think “99 Homes” or “Nocturnal Animals”—and he shows no signs of slowing down. But if he wants a Best Supporting Actor nod, he may have to fight his costar, Richard Jenkins. The screen veteran gives his best performance in years.

An Alexandre Desplat score makes use of strings and bassoons when Sally Hawkins is on screen, a nod to the golden age of Hollywood movies that Elisa and her roommate like to watch on television. It’s a beautiful score that becomes more important in the absence of spoken words. Guillermo del Toro is a master of his particular craft, and “The Shape of Water” is another fantastic(al) entry into a colorful catalog.