The Dark Knight saves two ferries, one filled with convicts and one with innocent citizens of Gotham—pawns in the Joker’s sick social experiment. With all his might, and all his webs, Spider-Man stops a speeding bullet of a New York subway full of passengers from careening off its tracks. These scenes show the real-world responsibilities of a good superhero. They have to “Save the World,” yes, but sometimes that means doing it one civilian at a time. The best superhero movies let us clearly imagine the harm that might befall innocent people if the superhero doesn’t prevail. As of late, the DC Universe has lacked this sense of urgency. They’ve stopped trying to convince us that Earth and all its inhabitants will be doomed if our heroes don’t save the day. “Justice League” continues this unfortunate trend. Where are the innocent civilians? In two short scenes, yes, we do see a handful of people personally saved by the protagonists. But mostly, emphasis is put on the slick special effects and head-to-head fights with villains. Maybe that’s enough for you. I think we deserve better.

After the death of Superman (Henry Cavill), Metropolis is a sad, desperate place. An opening credits scene, with a cover of Leonard Cohen’s “Everybody Knows” sung by Norwegian singer Sigrid, sets that mood quite well. Times are tough. But it’s about to get a lot worse. An angry hoard of aliens is fast approaching, led by their ugly, imposing, horned leader (voiced by Ciaran Hinds). He’s set on collecting some artifacts hidden on Earth, necessary ingredients for his plan to start the apocalypse (can you hear my eyes rolling?). Batman (Ben Affleck) and Wonder Woman (Gal Gadot) pull together the Flash (Ezra Miller), Aquaman (Jason Momoa) and Cyborg (Ray Fisher) to form an alliance possibly strong enough to stop the invasion and…well…you know…save the world. 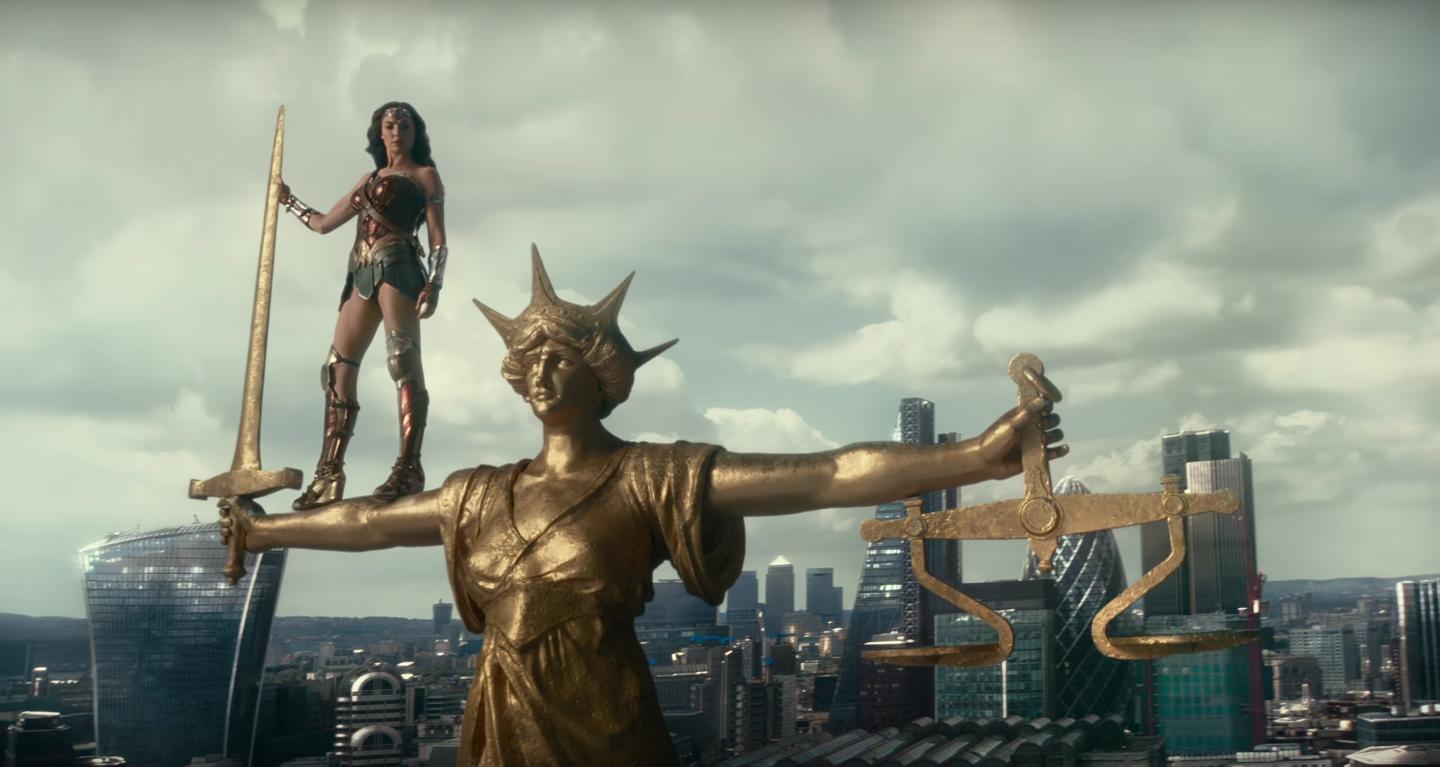 Wonder Woman wears leather pants and low-cut shirts now, just one obvious sign that “Justice League” is for the masses. That and the horrendous CGI. To be a blockbuster in 2017 you need plenty of special effects and female skin, apparently. Oh, and a bunch of guys to comment on that female skin (even though Jason Momoa and Henry Cavill are both shown shirtless and their muscled bods get zero creepy glares or flirtatious commentary). That was my beef with “Wonder Woman,” but I won’t trudge that up now. “Justice League” is too…fake. It’s the ideal example of why people hate DC. It is essentially an animated movie, it has so few set pieces. Like, for example, and sorry if this is a spoiler…but none of the villains are played by human beings. One has a voice, and all the others are voiceless computer animated alien bug things. No Loki, no Doc Oc, no humans. No chance to relate to the antagonist, maybe question which side you’re on. No doubt in your mind of the outcome. Nameless alien bugs are never going to win in the end. Everyone knows this.

The lone bright spot in the movie is Ezra Miller, the only actor on this cast interested in making “Justice League” fun for the viewers and not just running off with the hefty paycheck. His naïve humor, fitting for the youngest member of the League, carries this movie when three Oscar winners (plus Amy Adams) couldn’t. And playing Barry Allen’s (wrongly?) imprisoned father, Billy Crudup shines in a smaller role that I hope will become bigger in future films (Maybe a Flash standalone? We can only hope). 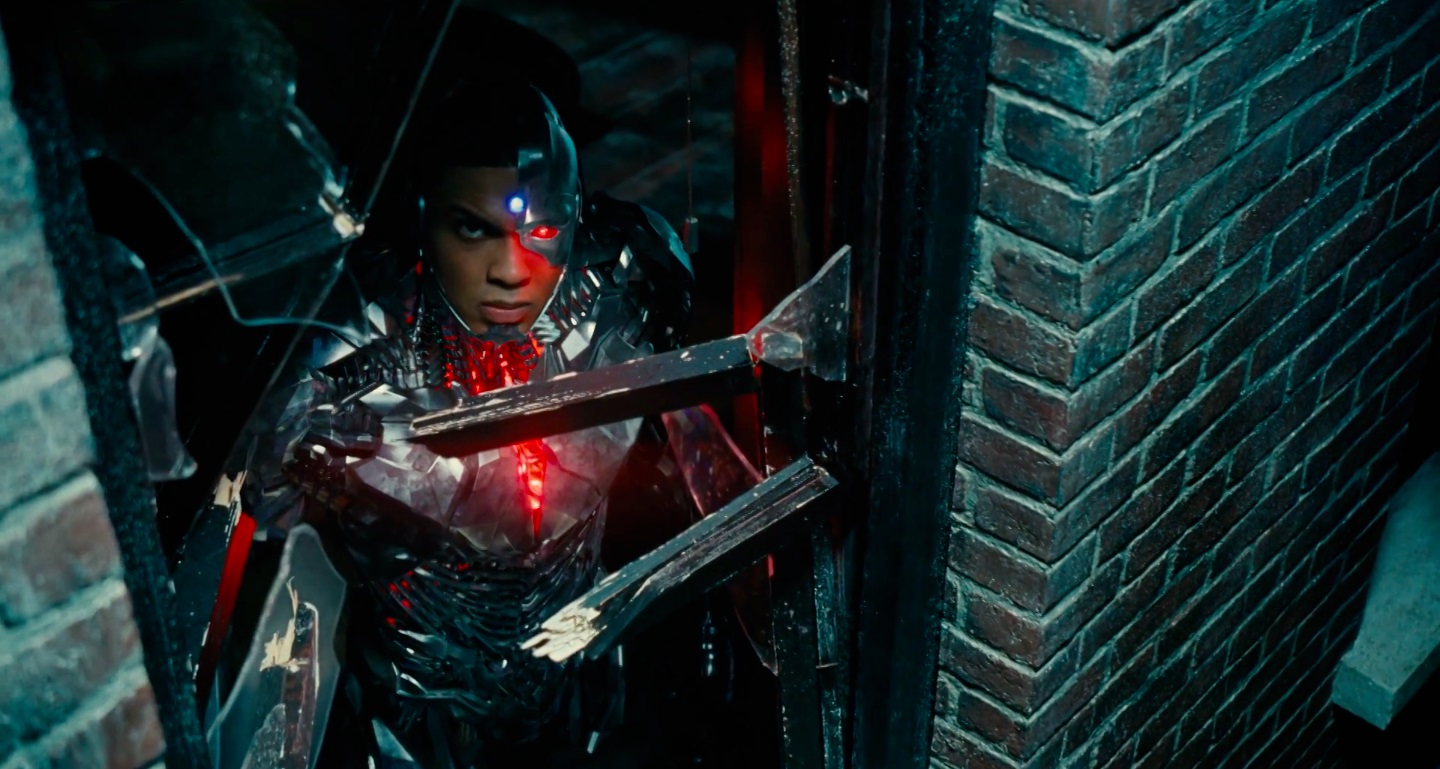 “Justice League” does nothing to stop DC’s downward trend, set off by “Dawn of Justice” and “Suicide Squad” last year. By focusing more on flashy special effects than on dialogue or acting, “Justice League” fails its viewers. It’s not the hero we deserve. Not by a long shot.