Imported from South Korea, the country that brought us “Oldboy,” “Snowpiercer,” and 2016’s stellar “The Handmaiden,” is this year’s best narrative foreign film to date (the cat documentary “Kedi” still tops the foreign language list overall). “The Villainess” is like a delicious mix of “Kill Bill” and “Memento.” When the movie’s titular anti-heroine, Sook-hee (Kim Ok-vin), is arrested, she falls into the hands of a secretive law enforcement agency that uses her superior combat skills to their benefit, and her criminal history as their leverage. But Sook-hee has difficulty finding a work/life balance as she attempts to raise her young daughter alone, kill whomever her boss (Kim Seo-hyong) calls upon her to kill, and avoid conflict with the demons from her past life who are coming back to haunt her. 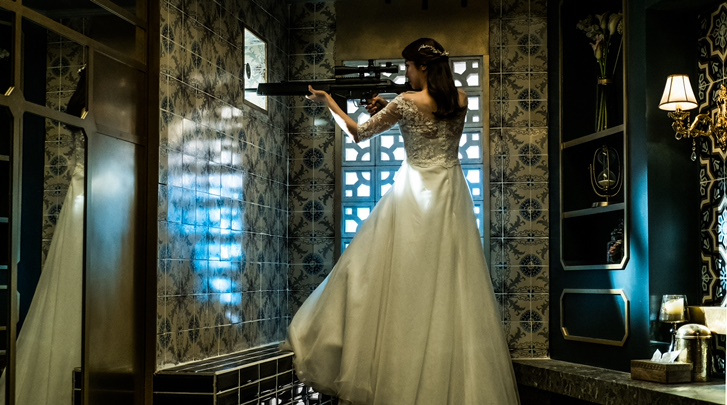 In the first sequence of the film, we’re treated to a dizzying and thrilling bloodbath shot from the first-person point-of-view, much like “Hardcore Henry” did last year. While the camera angle changes after that, the intimate and bloody deaths do not stop there. Among American filmmakers with any popularity, perhaps only Quentin Tarantino consistently reaches this level of bloody action. In bursts of ass-kickery, Sook-hee shows us what she’s capable of—but ultimately, the dozens of slaughtered baddies are just appetizers for the two or three fights that really matter. But if you have trouble keeping track of who has wronged Sook-hee, and who deserves the wrath of her vengeance, you’re not alone. The winding plot of “The Villainess” can sometimes twist around itself, leading you to question what you think you know. Maybe in South Korea, moviegoers are used to convoluted timelines. Maybe they’re smarter than we are—I mean, I’m sure they are. Anyway, once you get a handle on it you’ll feel even better for having struggled at first. But it might take some frustrating few minutes…or an hour, or more.

Since the start of the millennium, at least, no foreign country has produced entertaining thrillers as well as South Korea. “The Villainess” is one more in that tradition of excellence.