In tennis, “love” is nothing. But to tennis great Billie Jean King (Emma Stone), love was a dark cloud that floated over her as she fought the internal struggle between society’s expectations and the feelings she felt for a free-spirited hairdresser (Andrea Riseborough). Adding to the pressure was her fight with a tennis league exec for equal pay for women and, of course, her long-awaited primetime spectacle of a tennis match with 55-year-old self-proclaimed chauvinist Bobby Riggs (Steve Carell), a former Wimbledon champ and current problematic gambler who put his money and his marriage on the line to prove a point. 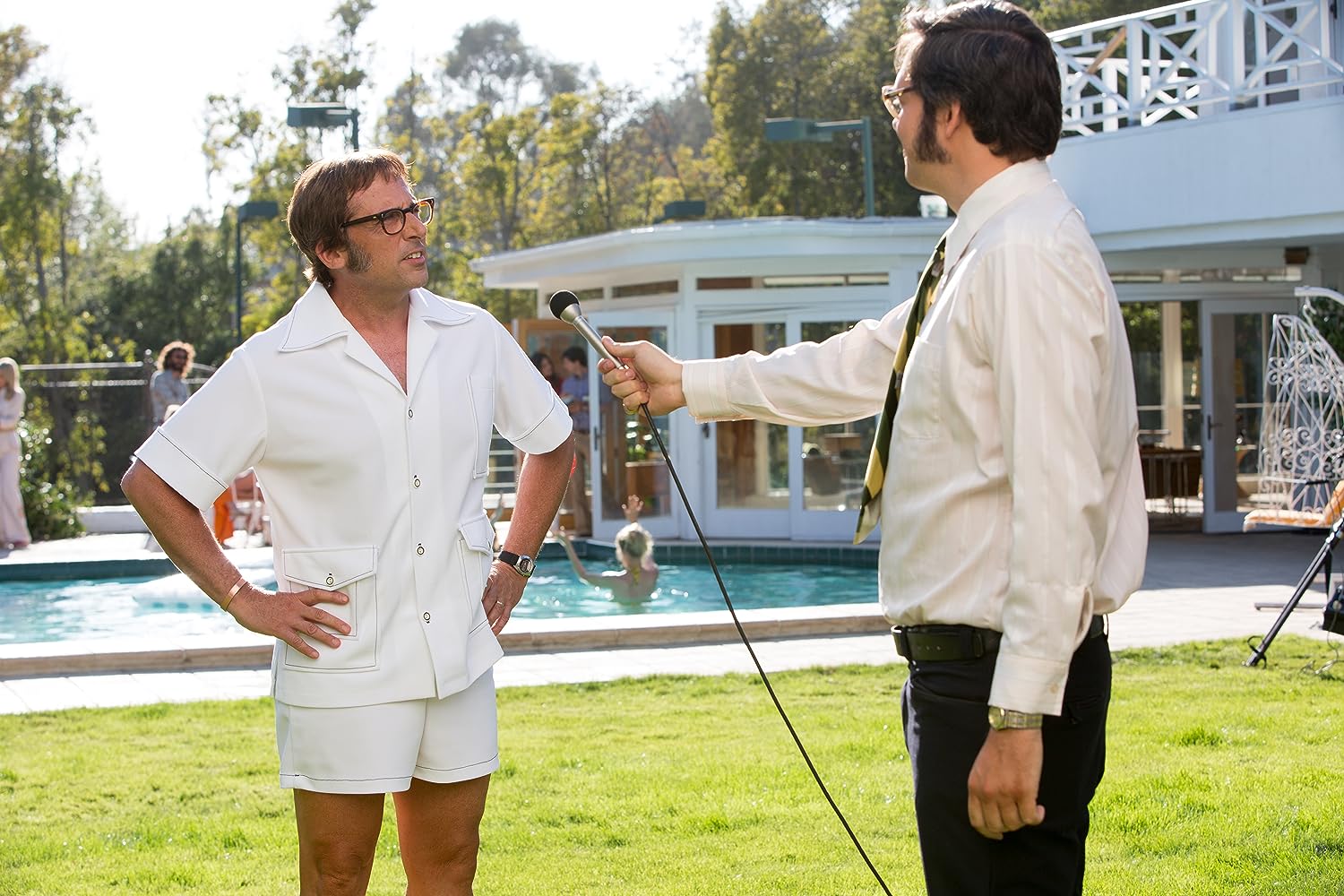 Coming off an Oscar win, Emma Stone looks like she can take on the world. “Battle of the Sexes” marks the first time Stone has played a real person, and she didn’t take it lightly. In this role, in this movie, she couldn’t have been better. That’s not to say we’ll see a similar outcome on Oscars night, but I wouldn’t be surprised if she was nominated. There’s no doubt Emma Stone is playing at the top of her game. On the other side, as the unflattering clown Bobby Riggs, Steve Carell gives Stone a worthy sparring partner. As a lookalike, both actors fit the bill. Carell’s first and only Oscar nomination came from playing a real-life sports anti-hero. Can lightning strike twice? In a smaller but no less significant role, “Battle of the Sexes” gets career-best work from Andrea Riseborough. Riseborough and Stone share a chemistry so convincing I won’t be surprised if Twitter starts ‘shipping them (for the uninitiated, that means encouraging or imagining their real-life relationship) by the end of the weekend. Coming off his own Oscar win for “La La Land,” cinematographer Linus Sandgren (“American Hustle” and “Joy,” too) uses the camera to lend intimacy to the film, closing in on faces and helping the actors to really shine. But as much as this is a precious love story, a timely social picture, and a light-hearted comedy, it’s also a sports movie. If you don’t love tennis, don’t worry—you only have to watch the recreation of one match, and a few short practice scenes. But Oscar-nominated composer Nicholas Britell (“Moonlight”) captures both the touching moments and the big triumphs in his music. Directors Jonathan Dayton and Valerie Faris have only two other narrative feature films to their names, but when those titles are “Little Miss Sunshine” and “Ruby Sparks,” you can set your expectations high for their third. “Battle of the Sexes” is an all-around success. 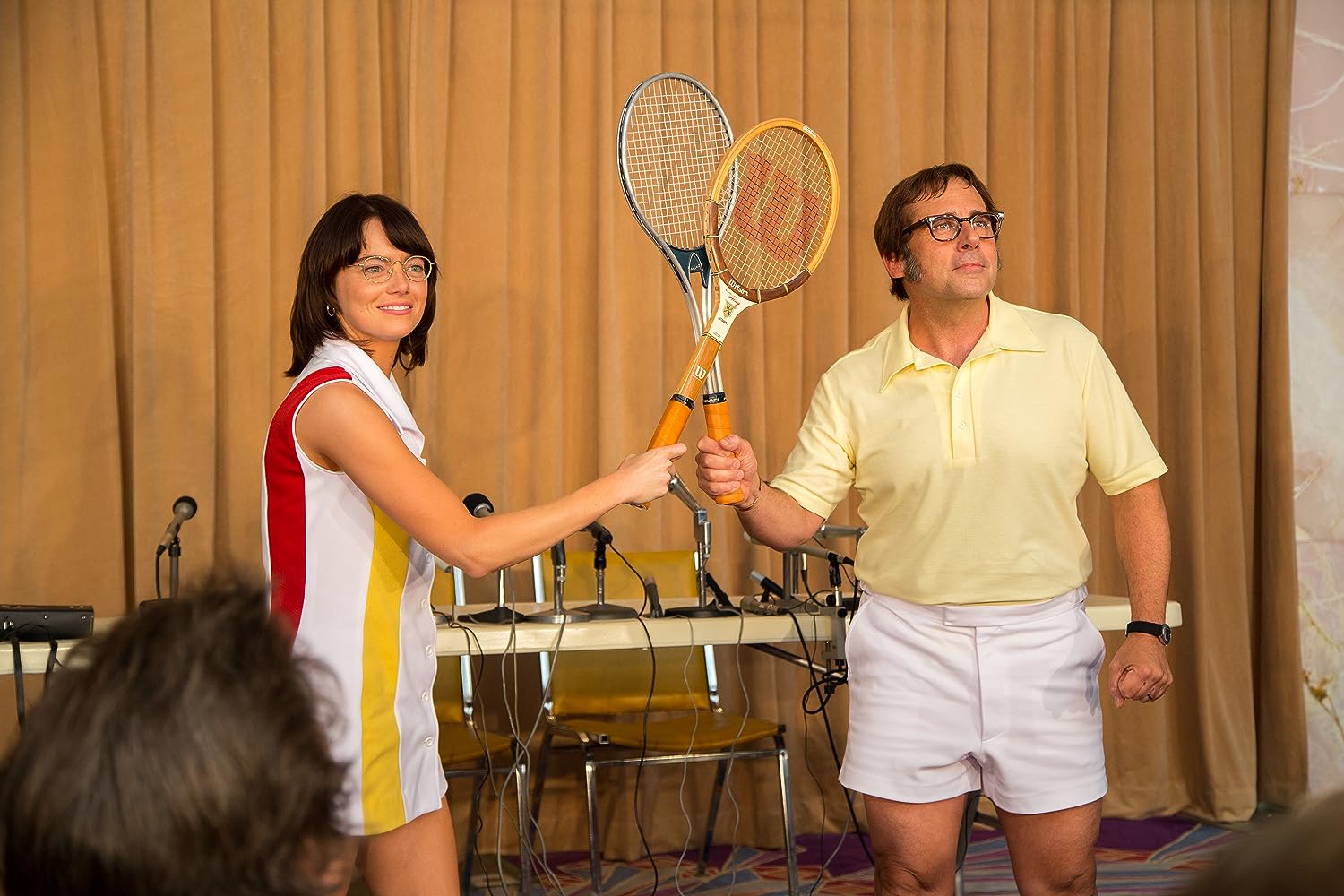 In a politically-charged climate such as this, a film about the women’s liberation movement of the 1970s is always going to be a lightning rod. But coming a week after widespread NFL protests, and a president calling for players to be fired for their expression of free speech, a movie about athletes risking their careers for the sake of justice and equality is as timely as could be. “Battle of the Sexes” is as important as it is entertaining—all the more reason to spend two hours of your time in a movie theater this weekend. Game, set, match.