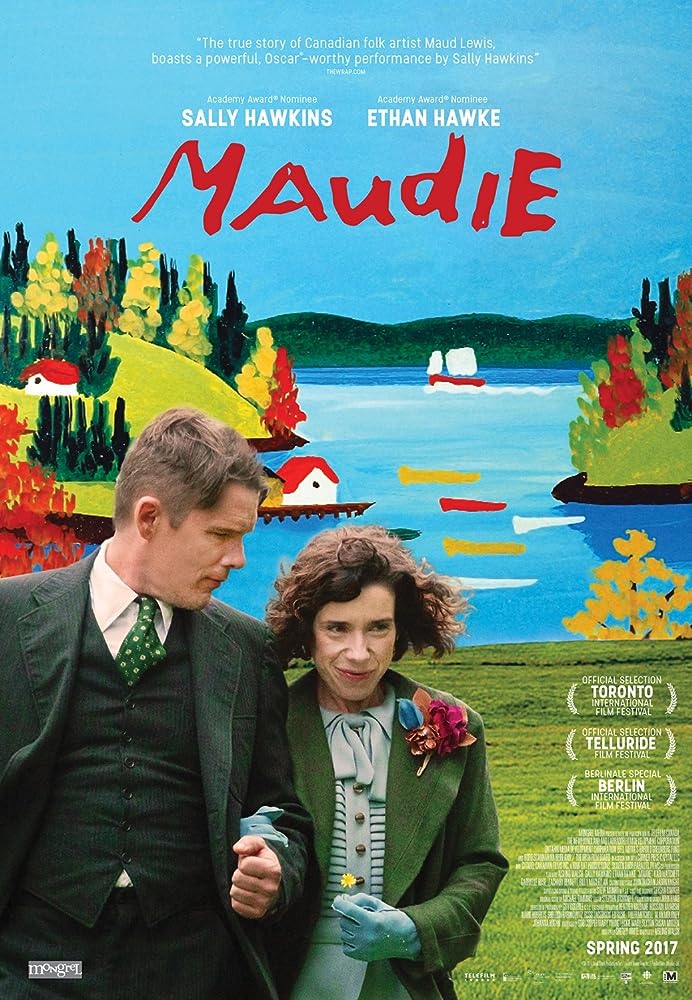 Hollywood chameleon Sally Hawkins (“Happy-Go-Lucky,” Oscar nominee for “Blue Jasmine”) finds a way to make the true story of an arthritic Canadian painter a potential Oscar darling with her daring performance in “Maudie.” A Nova Scotia native, Maud Lewis developed juvenile rheumatoid arthritis at a young age. Children picked on her throughout her schooling, and when her parents died Maud went to live with her authoritarian brother, and then her grumpy Aunt Ida. Even into her thirties, Maud’s family didn’t think she was independent enough to find a job or a husband, but, against their wishes, she found a job as a live-in housekeeper for Everett Lewis (played by Ethan Hawke), a quiet man of little money and few material possessions. As Maud’s condition worsened with age, she found it harder to do the thing she loved. But it didn’t affect her unshakable resolve. Hawkins is unbelievably believable—it’s hard to see anybody but her character when you look at her. I like my acting like I like my coffee, and Hawkins’s fresh, robust, full-bodied performance is just what this biopic needed to keep it interesting. Hers is the first performance of 2017 I feel confident has Oscar hopes. But Ethan Hawke doesn’t let his costar show him up. We see from him here something we don’t often see; Hawke taking on a role that he has very little freedom with. He’s dedicated to doing justice to the real life man (A man whose humble life, as an interesting aside, ended tragically with his murder, though this movie doesn’t get that far.) He’s quieter than perhaps you’ve ever seen him; gruffer, less himself. He handles the complexities of the relationship with Maud (a relationship which makes almost a “Driving Miss Daisy”-like arc from foe to friend) like a consummate professional. He’s almost (but not) Hawkins’s equal.

The interactions of the two socially unrefined main characters sometimes leads to long, awkward, conversations and moments of frustration toward the start of the movie. It begins dreadfully slowly. But as Maud finds her passion, and Everett finds something resembling a heart, “Maudie” picks up. It ends up being one of the most charming and heart-warming (despite the cold Nova Scotia winters shown on screen) movies of the year. Toronto-based folk/Americana musician Michael Timmins (guitarist for the Cowboy Junkies) provides an acoustic-heavy score that complements the gorgeous Canadian countryside shown by cinematographer Guy Godfree. “Maudie” is a beautiful movie, inside and out. 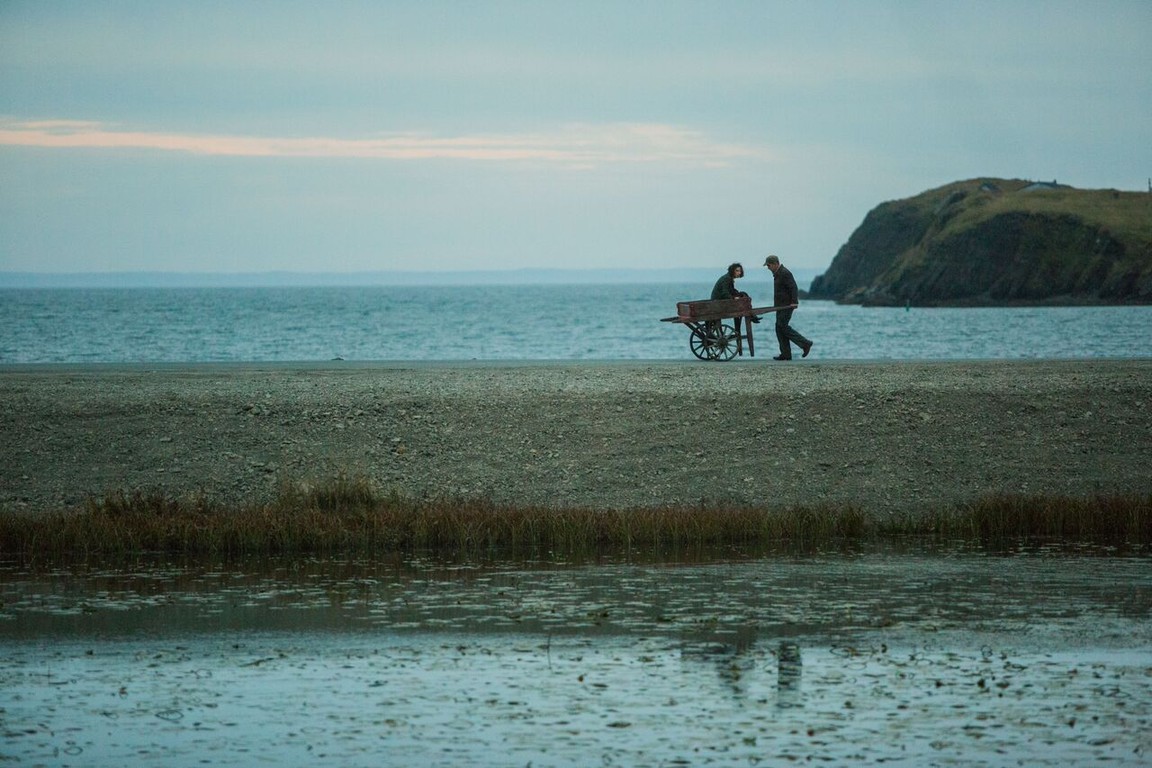 Directed by Aisling Walsh, written by Sherry White, and starring Sally Hawkins as a real-life woman who overcame a physical disability along with the rigid restrictions placed on women in the 1940s (especially women who were deemed unfit to live alone), “Maudie” becomes the epitome of everything “Wonder Woman” hoped and claimed to be. If you want to show your young daughter what women can do when they put their mind to something, show them “Maudie” (I mean, if they’re okay with some PG-13 material). Both the filmmaking and the plot show what women can do when they’re dedicated to their art. It’s inspiring. “Maudie” makes Sally Hawkins the frontrunner for the 2018 Oscar for Best Actress, and Hawkins makes “Maudie” a movie worth watching again and again.