If, like me, you’ve always been skeptical that every direct sales company—think Mary Kay, The Pampered Chef, and Herbalife—are just elaborate frauds, you have a friend in Bill Ackman, the activist investor who “shorts” corporations in order to strategically plummet their stocks and put them out of business. Why? He’s convinced that Herbalife, his latest victim—the producer of protein shakes and meal-replacement supplements, whose CEO Michael Johnson (formerly of Disney) was once the highest paid in the country—is a pyramid scheme. Herbalife targets low-income populations, sells them the idea that they can make money fast by selling Herbalife products to their friends, makes them buy a bunch of inventory, and then tells them to sell it before it expires, gaining customers and (this is the key bit) turning some of them into distributors, who repeat the process all over again. All the while, the distributors are sinking their own money into product (with that revenue only helping the top of the pyramid, who are millionaires or billionaires) while not making much of it back. 30% of Herbalife dstributors make nothing, including many who lose money. 75% make $1,000 or less per year, but only after a lot of work and investment of time and money. 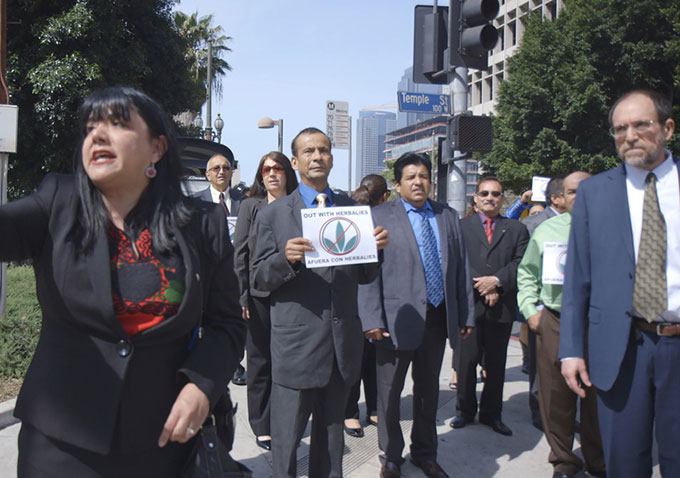 “Betting on Zero” details the back and forth between Herbalife’s big players, Bill Ackman, and individuals who have been distributors—for all of the Wall Street lingo that makes its way into the documentary, it lets these everyday people tell their stories more clearly. It should be required viewing for anyone looking to become a distributor for any of these recruitment-based companies, and, for the rest of us, it’s just interesting to see the veil lifted on some of the shady tactics used to fraud consumers.