Someone wanting to see an extraordinary, award-worthy film has a big selection to choose from this season. Someone who just needs to share a good cry with their family this Christmas should see “Collateral Beauty.” Critics across the country are blasting the Will Smith tearjerker, but they and I have spent the past couple months basking in a world of incredible Oscar competitors, releasing in December for their best odds at being remembered. “Collateral Beauty” is not like those films, so by comparison it’s a disappointment. But if you don’t care about all that, it’s not that bad. 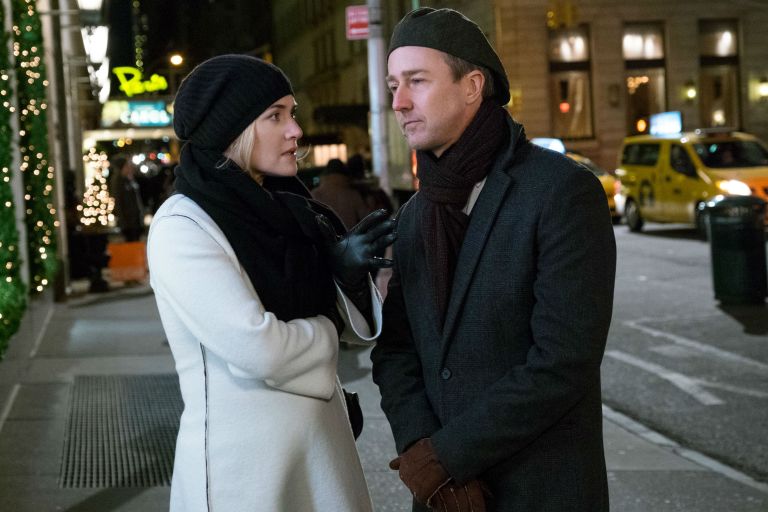 Two years after losing his daughter and ending his marriage, Howard (Will Smith), once a charismatic and successful marketing guru, now lives under an endless cloud of grief. His friends, Whit (Edward Norton), Claire (Kate Winslet), and Simon (Michael Pena), are worried, but they can’t get through to him. He doesn’t open up, until he’s visited by some unexpected abstractions to whom he’d written some therapeutic letters—Time (Jacob Latimore), Love (Kiera Knightley), and Death (Helen Mirren).

Perhaps no movie had a more promising cast than director David Frankel’s (“The Devil Wears Prada”) drama, at least on paper. But in execution, they all manage to disappoint. Will Smith looks like the most capable star here. His grief is portrayed in such a way that it makes you recall his performance in “The Pursuit of Happyness” and say, “Oh yeah, he is capable of this.” On the other hand, Edward Norton plays an immoral and unsympathetic trickster, whose own family problems have reached their breaking point—no doubt because of his terrible personality. But the Oscar nominee is given lines that are so offensively unfunny it’s hard to see why Whit has anyone in his life. Pena is more naturally funny, and looked like the film’s bright spot…but after a while, his character takes a pitiful arc. He never gets to have any fun, and his ability to fake-cry is embarrassingly bad. And Winslet, whose character doesn’t have a story as fleshed out or as compelling as any of the male characters, bobbles her dramatic lines like she forgot that she once played one of cinema’s most memorable characters (apparently, she did let go…of her talent!). Winslet tried too hard to set the mood for the film, while her costar Helen Mirren has the opposite problem—she’s too pushy and cheery for the movie’s downer attitude. It’s not in an attempt to lighten the mood—it seems like sheer indifference. The young Jacob Latimore (“The Maze Runner”), perhaps in part because of his youth and the expectations we didn’t put on his talent, never failed to grasp the mood of “Collateral Beauty.” He does just what he needs to do. And Kiera Knightley trudges up her best “Love Actually” impression to play the embodiment of Love itself, with warm, admirable results.

If you look up screenwriter Allan Loeb’s résumé, you can see how “Collateral Beauty” doesn’t become the “It’s a Wonderful Life” homage it so desperately wants to be. For a movie all about connecting to one another, “Collateral Beauty” fails to hit you here (*points to his heart in a silly, obvious way, kind of like they would in this movie). It can be a little much at times. You might cry, but more than likely you’ll feel pity for Howard and frustration at his friends. It’s not emotional, it’s just sad—like how Donald Trump uses the word “sad,” to mean pathetic or unfortunate.