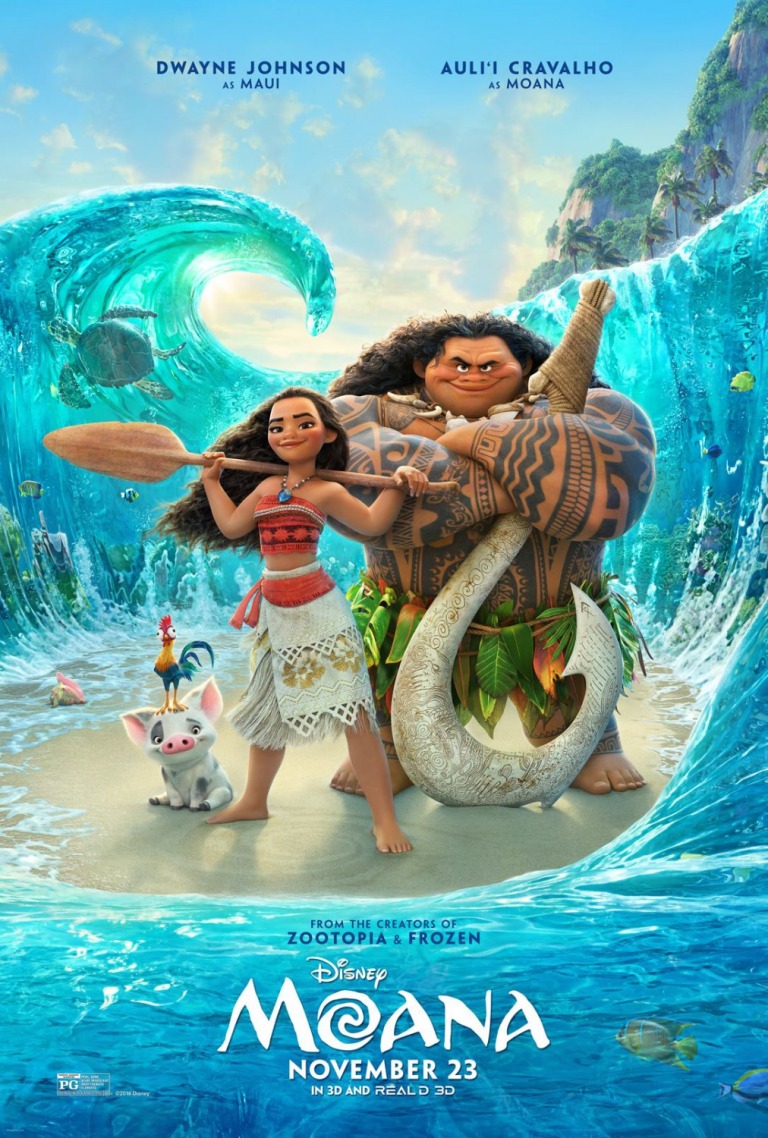 Somewhere along her wayfinding journey, Moana tells Maui, “I am not a princess.” While nobody can claim that “Moana” doesn’t find some inspiration in Disney’s 80-year history of princess stories, it definitely finds a way of setting itself apart. 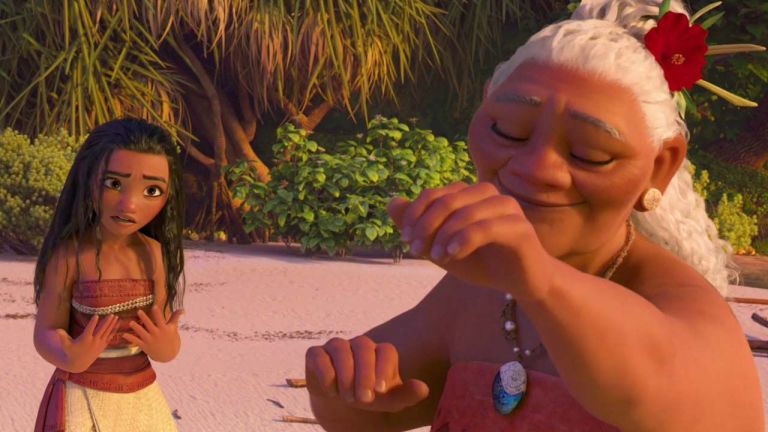 On the island where Moana (Auli’i Cravalho) lives with her parents and pet pig, everything they need is within arm’s reach. They find coconuts on their trees, fish in their bays. There’s no need to go beyond the reef. But Moana feels called to the sea. Her crazy grandmother (Rachel House) encourages her adventurous spirit, but her father, the chief (Temuera Morrison), tries to protect her by keeping her under his wing. Soon, though, the island will be plagued. The fish leave, the coconuts dry up. Moana will need to sail the ocean to find the demi-god Maui (Dwayne Johnson), the only one who can bring her island back to life.

Auli’i Cravalho, welcome to your bright and exciting future. The then-14-year-old Hawaiian high school student sent in an audition tape that impressed her friends, but one she feared wouldn’t stack up to the hundreds of others who wanted the coveted lead role. Thankfully for her and for us, it impressed the directors. Her spunky spirit bleeds through the colorful, vibrant animation and brings Moana (both the character and the movie) to life. And her vocals capture the emotions in Lin-Manuel Miranda’s lyrics. Just last week, People named Dwayne Johnson their Sexiest Man Alive. His cocky character Maui would would have relished that. Johnson is a great choice for the character. His energy helps drive the movie ahead with full steam. Although his song, “You’re Welcome,” isn’t the movie’s best, it is remarkable for a man whose only prior singing experience is pulling out a guitar and serenading “Stone Cold” Steve Austin during a wrestling match.

Lin-Manuel Miranda’s genius was always his writing. I’ve never seen “Hamilton,” but I’ve seen him act and sing elsewhere…while I appreciate his efforts, his real talent is writing the words and the scenes, not reciting them. So when I heard he would be composing original music and lyrics for Disney’s “Moana,” I got excited. I’m sure you did, too. Well, it’s worth all the hype. Miranda’s music propels the story forward, clues you in on what’s going on, and breaks up long stretches at the right time—the music always comes just when you’re hoping it will. But not only is it good in context, it’s wonderful alone, too. Future generations of Disney-lovers can expect to find “How Far I’ll Go” (both Cravalho’s movie version and the soundtrack version by Alessia Cara) on their Disney compilation albums. I’ve listened to it on Spotify more than a few times already. 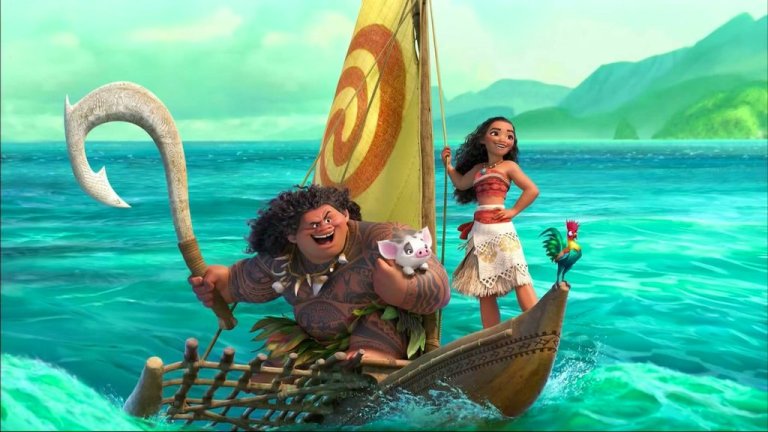 The wise mentor, the “chosen one,” the trickster, the protective parent, and the animal sidekick are all characters we’ve seen rehashed hundreds of times before. But “Moana” also pulls from a rich multi-cultural storytelling tradition, using an ethnically and racially diverse cast. Moana is very decidedly not like other Disney princesses and “Moana” not like other Disney princess movies. It’s a beautiful tapestry of color and sound that will fill your heart after Thanksgiving fills your stomachs. Go see this movie.