Hand-drawn animation may be dead, but in 2002 it was still in style. That’s when Disney released “Lilo & Stitch,” which is still one of my favorite Disney movies. It bucked the trends of adult Disney princesses being whisked away by handsome husbands and tragic deaths of prominent characters like Mufasa. The main character is Lilo (Daveigh Chase, who played Samara in “The Ring” that same year…creepy), a rebellious little girl being raised by an exhausted older sister, Nina (Tia Carrere). The sisters face the threat of separation by Child Protective Services agent Cobra Bubbles (Ving Rhames). Stitch (voiced by co-drector Chris Sanders), the galactic experiment whose escape pod lands not far from the sisters’ home, is being chased by his alien creator Jumba (David Ogden Stiers) and Earth expert Pleakley (Kevin McDonald). But Lilo finds a friend in Stitch—her only friend, in fact. So he soon becomes part of the family. “Lilo & Stitch” is rich in Hawaiian culture, not avoiding its setting but also not exploiting and stereotyping it (see “Pocahontas”). It’s goofy for children–Pleakley cross-dresses to fit into life on Earth—but it also winks to the adults in the room, with jokes about mosquitoes and human nature. Elvis comprises most of its soundtrack, with traditional and original Hawaiian songs making up the rest. Lilo remains one of Disney’s most adorable and endearing characters, an imaginative, individualistic presence so different from the naïve princesses Disney had dealt out for decades (from “Snow White” to “The Little Mermaid”). And Stitch is the pet that 10-year-old me always wished he had. But by far, the biggest draw is its message. “Ohana means family. Family means nobody gets left behind or forgotten.” Nobody can forget that. It’s so powerful, so memorable, and so universally relatable. Despite the family strife dividing the two sisters—sometimes so realistic it’s uncomfortable—blood is always thicker than water. But even thicker than blood is family, whether or not you’re blood related—or even of the same species. “Lilo & Stitch” is a lovely reminder of that. 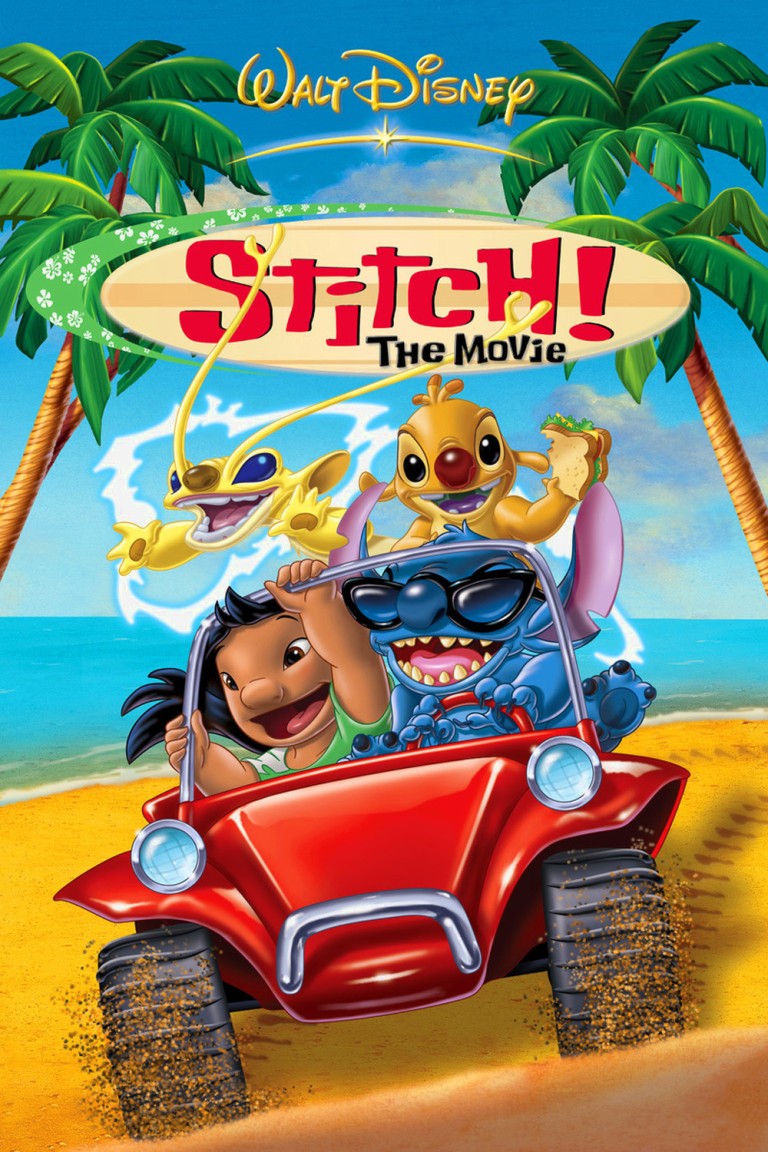 In the more childish, straight-to-video sequel to “Lilo & Stitch,” 2003’s “Stitch! The Movie,” the directors, writers, and animators which made up the crew of the original are noticeably absent. Though still hand-drawn, the animation in “Stitch!” implements more moving parts, making the film more kinetic than the first…but such movement is unnecessary, and it draws away from the focus of each frame. Frankly, it’s just uglier. Even without the crew, we can be thankful that all of the cast is back. For them, just one year later, it’s like their story never took a break. Now that Stitch (Sanders) has found ohana in his close-knit family—Lilo (Chase), Nani (Carrare), Jumba (Stiers), and Pleakley (McDonald)—he tries to adapt to his new Hawaiian home. But the general public wants nothing to do with the destructive alien. He feels left out. Enter Jumba’s secret pod filled with other genetic experiments—the 625 cousins to Stitch, who was Experiment 626. Captain Gantu (Kevin Michael Richardson) returns to Earth to retrieve it, but Lilo knows they’re important to Stitch…they’re his own family. So she lets one of them free. Bad news. Chaos follows. Both for the people of Hawaii and for the viewers. This plot makes “Stitch!” feel like a long television episode—but not even that long, really, at only 65 minutes. Blame it on straight-to-video format, maybe, but “Stitch!” utilizes no themes of its own—besides briefly pulling in its predecessor’s ohana mindset. Like all of Disney’s unfortunate sequels, “Stitch! The Movie” fails to capitalize on the tremendous success of an original that so many of us loved.

Chronologically set between “Lilo & Stitch” and “Stitch! The Movie,” “Lilo & Stitch 2: Stitch Has a Glitch” finds Lilo (now voiced by Dakota Fanning, who was recommended by her close friend Daveigh Chase, who played Lilo in the previous two movies) and Stitch (Sanders) preparing for an upcoming hula competition. But when Stitch has a malfunction, a destructive rampage caused by a glitch in his genetic make-up, Lilo is concerned. Jumba (Stiers) and Pleakley (McDonald) try their best to recreate a machine to correct the problem before it’s too late, but Lilo thinks Stitch has malicious intent—so for her and Stitch’s relationship, the damage is already done. Though “Lilo & Stitch 2,” like “Stitch! The Movie,” went directly to home video, many things point to an overall better production. The sequel again shares no common directors or writers with the original, but this collaboration includes some people with more recognizable experience. It shows. The story has more power and more urgency than “Stitch!” This time, we worry for Stitch’s relationship with Lilo, and even for his life. The animation is more fluid, and more beautiful than the last one—and maybe, potentially, the first one. And the themes we see here, which bleeds through both in the plot and, in a meta way, in the hula routine Lilo is practicing, stick with you—“love is more powerful than death.” Even though it’s a prequel, and even though “Stitch!” springboards the not-terrible series that followed (with all 625 previous experiments causing havoc and creating for a truly exciting Hawaiian island), I see it fit that “Lilo & Stitch 2” should end the franchise on an inspiring note. Aloha!