If you come across “13 Cameras” and think, like I did, “OMG there’s a new thriller on Netflix!” do what the characters in the movie did so poorly—run the other way.

When newlyweds Claire (Brianne Moncrief) and Ryan (PJ McCabe) move into a suburban rental, they both agreed that their landlord (Neville Archambault) seemed a little bit weird. They had no idea that he was a first-class creepo voyeur who had installed tiny cameras all over the home in preparation for them. And they wouldn’t guess what else he was capable of. For being that extraordinarily creepy, Archambault deserves some credit. I mean, not too much—he’s still a terrible actor—but the weird mouth-breathing and the oddly octagonal frames on his glasses give him that rare creeper edge. The rest of the cast is a joke. “13 Cameras” is a B-movie, but it has a C-movie cast and a D-movie script, from first-time writer/director Victor Zarcoff. Why else do you think it went under your radar and landed on Netflix in a year? 45 minutes into this 90-minute movie, there still hadn’t been a single horror element implemented—just some harmless, hands-off voyeurism. Creepy, but nothing to write home about. It doesn’t even give you any real relationship tension to care about, though they try. More than an hour goes by before “13 Cameras” gives you anything that might raise your heartrate for more than a few seconds. By the time you get to the climactic scene, and truthfully the only scene worth anything, the movie is 20 minutes from over. “13 Cameras” might have had potential—a scheming slumlord hooking up his property with cameras is a pretty dramatic situation. But it seems like once Zarcoff had this framework, he didn’t know how to fill in the details. 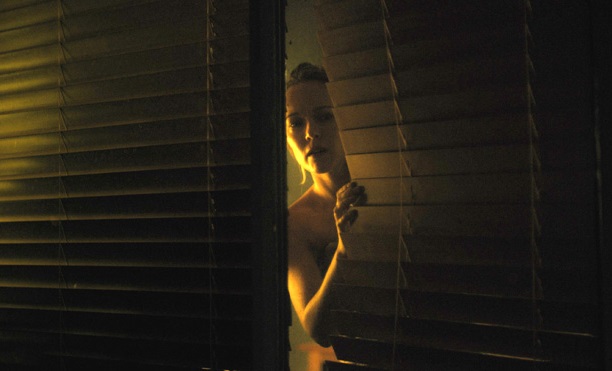 If voyeurism interests you (I don’t mean participating in it), check out a recent New Yorker article called “The Voyeur’s Motel”—a true story, complete with interviews, about a man, not unlike this landlord, who tricked out his privately-owned motel with cameras and spied on guests for decades. Or buy the full-length book. It’s creepy, disturbing, and utterly fascinating. That’s the story “13 Cameras” should have been. Instead, we get a cookie cutter home invasion thriller with only a few minutes of excitement.