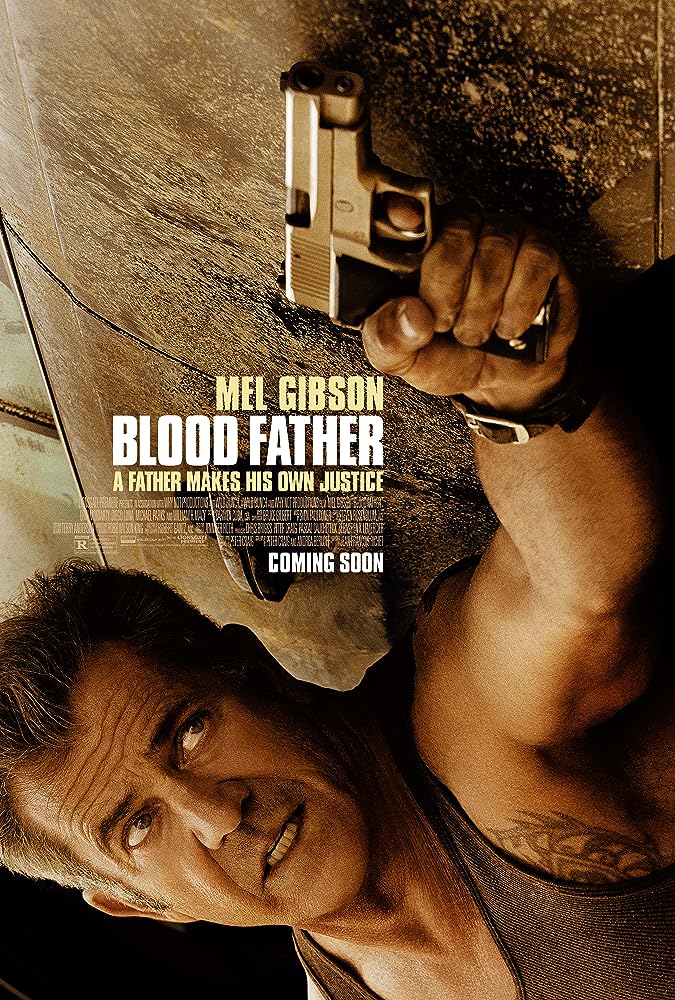 Mel Gibson has been through a lot, on and off the screen, in the 18 years since we last saw his character Martin Riggs in “Lethal Weapon 4.” But until his latest film, “Blood Father,” we haven’t seen Gibson play a character quite as chatty, unkempt, neurotic, or sure with a gun as Riggs was. As the title character, Gibson is putting on a show, hamming it up—and the energetic action in “Blood Father” is better for it.

After shooting her boyfriend (Diego Luna), a powerful drug cartel member, Lydia (Erin Moriarty) runs away and phones the only friend she has left—her estranged dad, Link (Gibson). The recovering alcoholic and trailer park resident doesn’t have much money, but he hasn’t seen his only daughter in years and he’s determined to help his little girl through whatever situation she’s gotten herself into. He has no idea what he’s in for. Lydia’s boyfriend had friends and business partners who are determined not to let someone as knowledgeable as Lydia share all of their dirtiest secrets.

Thanks to writers Peter Craig (“The Town”) and Andrea Berloff (“Straight Outta Compton”), “Blood Father” has a quirky, nonchalant sense of humor to it. In a genre known for infuriatingly unrealistic dialogue, Link and Lydia have a real sense of familial chemistry that helps push the plot forward and make the action more intense and satisfying. Toward the end, “Blood Father” does devolve into more predictable action movie fare—like “Taken,” but in the desert. But until that point, the film is a nonstop thrill ride where you care what happens in the end. And at the very end, “Blood Father” pumps in a little extra adrenaline to make sure you end your ride on a bloody note.

It’s fitting that “Blood Father” released at the end of the summer. It gives the false sense that Mel Gibson worked a little bit longer and harder on it, didn’t want to rush things. Of course that’s not how movie production schedules work, but the fact that this one wasn’t shoved into January or February should tell you that “Blood Father” isn’t like those terrible action movies that lure you in with a headlining name. Mel Gibson gives his best performance in over a decade. When he’s given the chance to show off his best assets—mostly, his cynical wit and his constant desire to shoot things—you’re reminded why Mel Gibson was one of Hollywood’s biggest action heroes all those years ago. He’s still got it.