A few months ago, after seeing “Dirty Grandpa,” I made a plea to screenwriters to give screen icon Robert De Niro better roles than that of “perverted old man.” Even though filming for “Hands of Stone” began back in late 2013, I’ll credit Venezuelan writer/director Jonathan Jakubowicz, and his first Hollywood film, for making that plea a reality. In the boxing biopic, De Niro plays legendary trainer Ray Arcel, who coached eighteen men to become world champions. The role fits the aging De Niro like a glove, an opportunity for him to give one of his best starring performances in years (David O. Russell movies aside). But this isn’t his movie—even if, at times, you might think so. “Hands of Stone” was the intimidating nickname for Panamanian boxer Roberto Duran (Edgar Ramirez), whose record of 103 wins and 16 losses is impressive enough even without knowing that 70 of his wins came from knockouts. Duran was raised in Panama at a time of historic unrest between American soldiers and the Panamanian people. He began fighting in the streets, but as people began taking notice he made his way to America for bigger fights, including two bouts with Sugar Ray Leonard (Usher), which Duran saw as an opportunity to strike revenge against the country whose soldiers made his childhood a living hell. But in an age where boxing was becoming a financially viable investment, Duran wasn’t sure he wanted to fight for promoters who were making a killing from his hands of stone.

Of all the boxing movies made within the last decade (“The Fighter,” “Grudge Match,” “Creed”), “Hands of Stone” falls somewhere in the middle of the pack. It’s a fine movie. Nothing wrong with it, really. But where I was awed watching an Oscar-worthy Christian Bale in “The Fighter” and felt a surge of pride witnessing the title bout of Adonis Creed, “Hands of Stone” just felt like a movie. Great boxing movies have the rare ability to make you feel like getting off your butt and hitting something, but Alberto Duran didn’t inspire me. Maybe it’s because, as a warm-blooded American, I felt compelled to root for Sugar Ray, the cocky black kid from just outside our nation’s capital. I sympathized with Duran’s sense of national pride, and even understood why he felt the way he did about the grubby, imperialist Americans. But Panama is not my country. Duran’s story is fascinating, but it’s not me that he was fighting for. It’s actually my country he’s fighting against. It seems like a fickle point to make, but it limited the emotions I could spare for Roberto Duran. 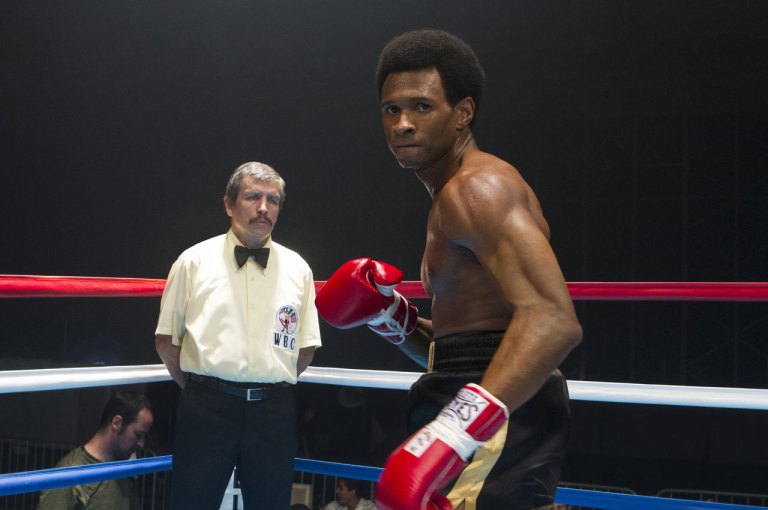 That’s not to say that everyone involved in bringing Duran’s story to life don’t deserve their due credit. Edgar Ramirez broke out as Jennifer Lawrence’s messed-up other half in last year’s “Joy,” but the star really puts himself out there in his first big headlining movie role. He runs the gamut of emotions as we see Duran at the height of victory and the depressing depths of defeat, as he gives birth to several sons and daughters, then loses a big fight—and a sense of purpose. Robert De Niro must be used to giving inspiring speeches. In his prime, De Niro was one of Hollywood’s surest bets. Now, a role like this—one that doesn’t make me wonder why his agent thought the movie was a good idea—is a rarity. But it makes us appreciate it more when it comes along. As Ray Arcel, De Niro finds his purpose again. He was born for this role. Fight choreographer (and frequent De Niro stunt double) Rick Avery probably breathed a sigh of relief when he saw that his Sugar Ray Leonard was to be played by the nimble feet of Usher, one of the smoothest dancers of all time. As the brash, light-footed Sugar Ray, Usher was a natural. In his first real role in over half a decade, he reminds us that he’s one of the most consistent double-threats in Hollywood, when he picks the right roles. This is the right role. 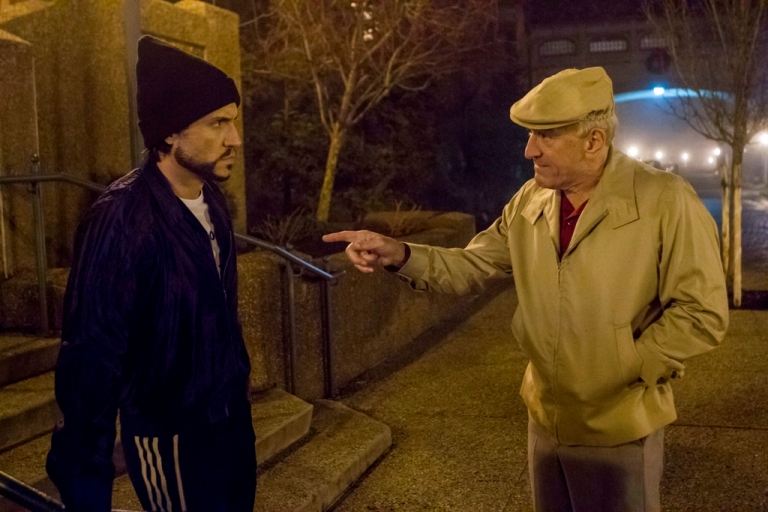 Despite a few bumps in the road, including a few narrative asides and some tacky dialogue here and there, Jakubowicz’s script tells us everything we need to know about Roberto Duran. For the uninitiated, it informs you. For future boxers, it inspires you. For moviegoers, I think it will entertain you. You just gotta be ready to rumble.