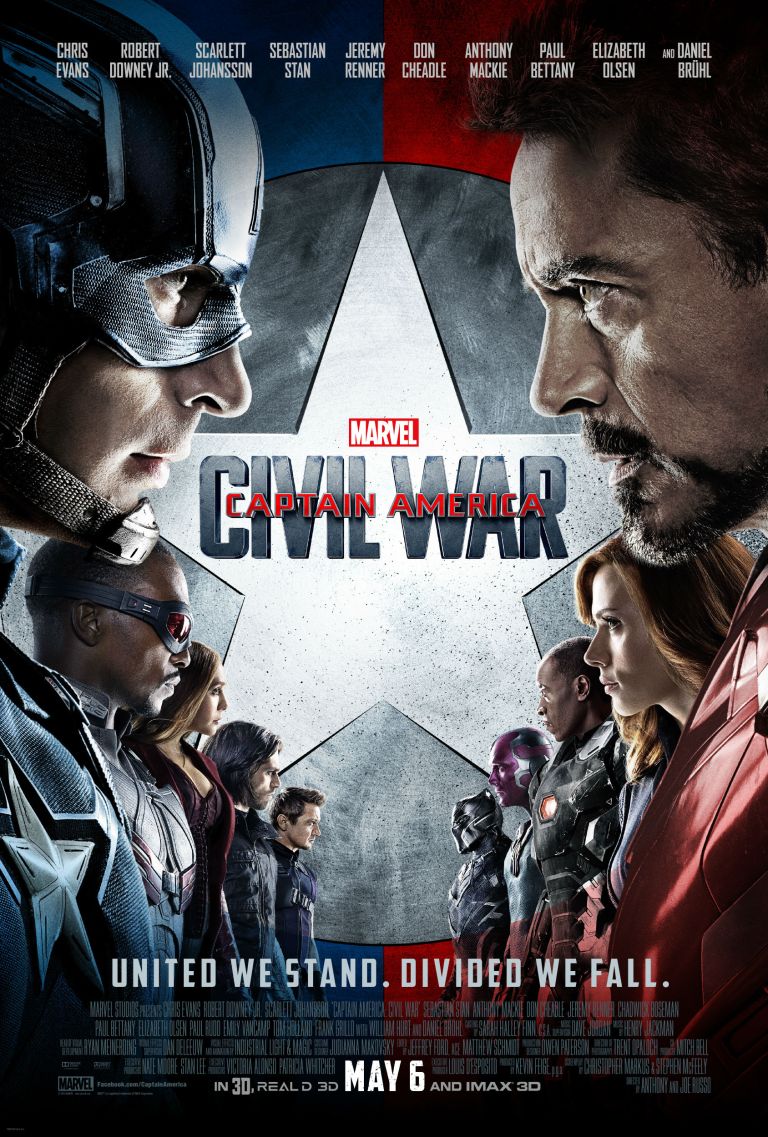 Directed by Joe and Anthony Russo

Nobody complains about the number of cooks in the kitchen when the meal they dish out is delectable. That’s “Captain America: Civil War” in a nutshell. In terms of size, it has the scale of an “Avengers” movie, without the name in the title. But that’s not a bad thing. Directors Joe and Anthony Russo might have thought they were pushing their luck stuffing their second “Captain America” movie (after they helmed 2014’s “The Winter Soldier”) with so many superheroes—a baker’s dozen, including a few who make their Marvel Cinematic Universe introductions. Lucky for them, it was a recipe for success.

Hydra super-soldier Bucky Barnes (Sebastian Stan), an old Army buddy of Captain America (Chris Evans), is on the run after he commits a horrendous crime at the United Nations. Might it have something to do with the agreement being signed by a majority of the Avengers—including Iron Man (Robert Downey, Jr.), Black Widow (Scarlett Johansson), and Vision (Paul Bettany)—that gives oversight powers over the super-group to a UN council, to ensure the Avengers minimize their collateral damage? Probably. At any rate, Cap sides with his old friend, and brings along other rebels Hawkeye (Jeremy Renner), Scarlet Witch (Elizabeth Olsen), and Falcon (Anthony Mackie)—along with Ant-Man (Paul Rudd) and Spider-Man (Tom Holland)—to help him protect Bucky and hopefully clear his name. But there are other bad guys, like Zemo (Daniel Bruhl), who are set on capitalizing on the divided Avengers to cause mass chaos. 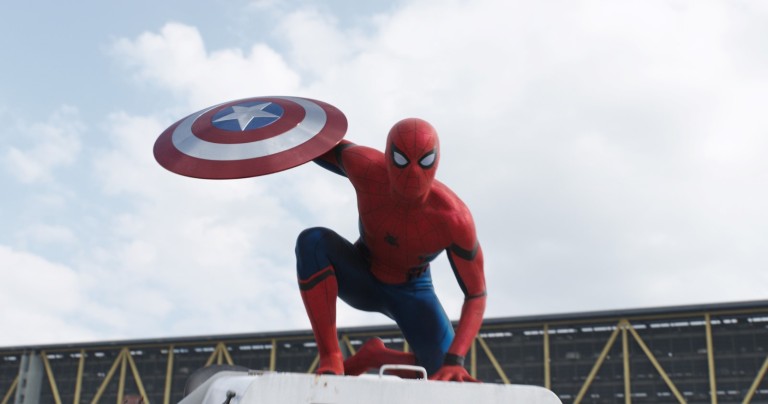 Except, that mass chaos isn’t very…chaotic. It seems screenwriters Stephen McFeely and Christopher Markus (“The Chronicles of Narnia,” “Pain and Gain”) chose to ignore that plotline in favor of the internal battle in the film’s title. Forgivable, but no less a mistake. The characteristically simple script (characteristic because McFeely and Markus also penned “The Winter Soldier” and “Thor: The Dark World”) doesn’t do itself any favors. The first half of “Civil War” (a half comprised of 70 minutes) is full of ashamed, self-righteous superheroes inviting us to pity them. I didn’t buy the sentimentality. It’s a sad step back from the punch-first-talk-later jumpstarted first scene in “Avengers: Age of Ultron” a year ago. In “Civil War,” we’re just waiting for some real butt-kicking. Eventually, thankfully, we do get it.

Pulling from a cast list as long as my arm, there’s no bad place to start. If you’re taking clues from the trailer, you might be led to believe Spider-Man’s entrance is a pivotal moment. That’d be a mistake. Really, he arrives on the scene at a lull in the action. The weak applause in the theater seemed obligatory, unenthusiastic. Even so, Tom Holland pumps everyone up for the return to Spidey in 2017. The chatty teen is a refreshing change of pace from the bummers that had spent the first half of the movie arguing. Another newcomer is Black Panther, played with catty fervor by new-on-the-scene black-biopic go-to Chadwick Boseman (“42,” “Get One Up”). I’m less excited about his spin-off, slated for 2018, and I wonder if he can hold a movie by himself (unless he’s surrounded by all of these new friends), but in his small role here he’s a welcome addition. Ironically, the star with perhaps the most Vision for where he wants his superhero to go is Paul Bettany. Not once in either his debut in “Avengers: Age of Ultron” or here has he slipped character or acted inconsistent with his character’s principles. On the other hand, his friend Scarlet Witch, played by Elizabeth Olsen, slips in and out of an already-shoddy Russian accent. She reminds us that these movies are more about action than acting. That’s okay. When it comes to the big showdown, a buffet of delicious action of all sorts, you forget about the rest. Too many cooks? No such thing when the Avengers are on the scene.