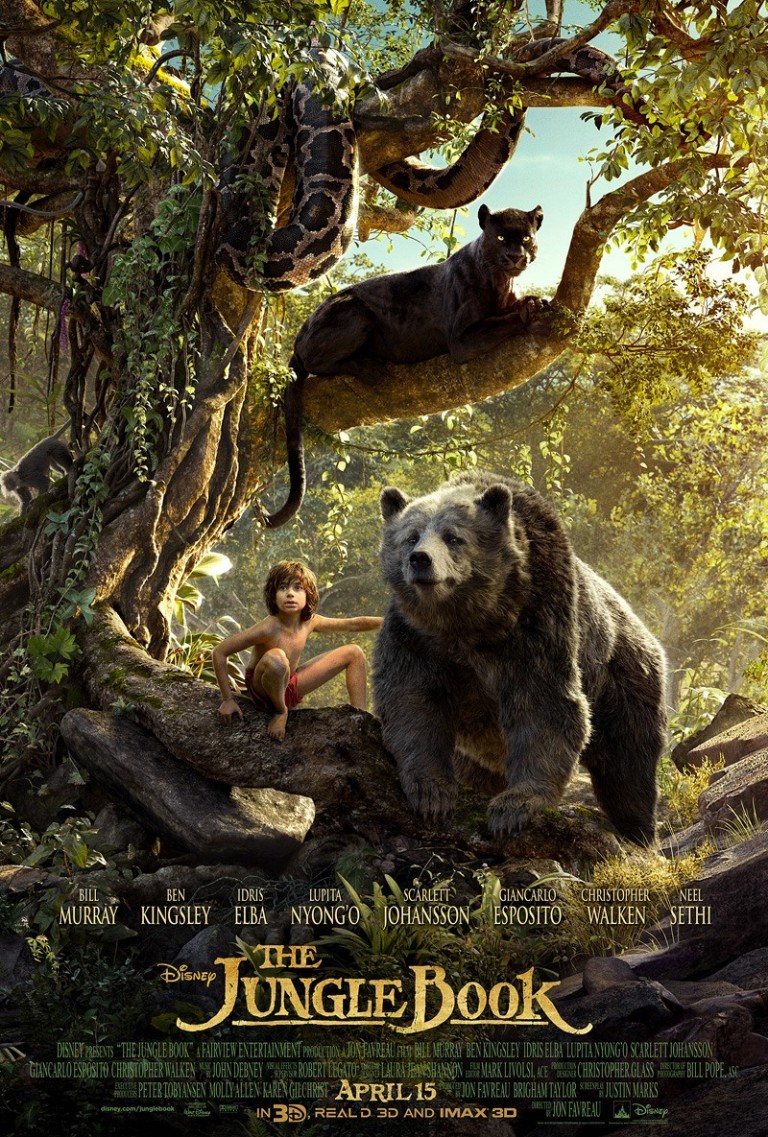 Multiple generations were raised on “The Jungle Book,” Disney’s 1967 animated retelling of Rudyard Kipling’s stories, which was full of fun, childish animals singing and dancing. Count me among them. Jon Favreau’s 2016 CGI version comes with nearly 50 years of high standards and expectations that it will live up to the bar set by that cinematic landmark. Lower those expectations before you grab you popcorn, because this is not the “Jungle Book” you remember. 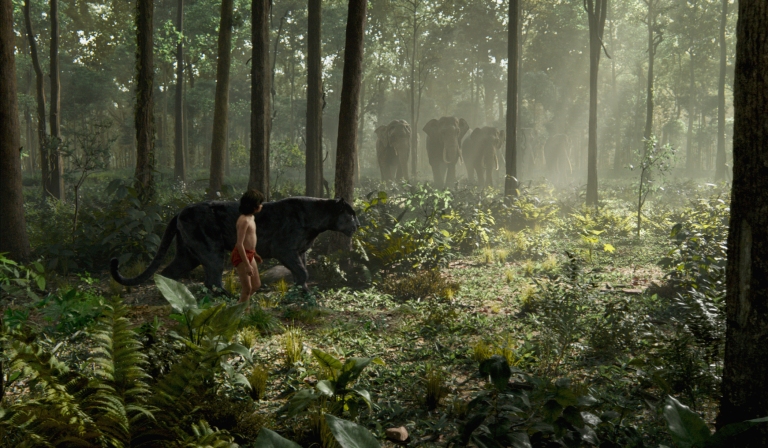 The plot does follow a familiar jungle path. As a small boy, Mowgli (introducing Neel Sethi), the man-cub, was found by Bagheera (Ben Kingsley) and raised by wolves. His adopted wolf-parents, Akela (Giancarlo Esposito) and Raksha (Lupita Nyong’o) raise him in the wolf way. They can protect him from all the beasts in the forest. All but one. When Shere Khan (Idris Elba) returns to the jungle, his face marred by fire, he determines to kill the young man-cub. It’s decided Mowgli should return to the man village. But when Mowgli comes across lazy sloth bear Baloo (Bill Murray), he decides the jungle can’t be all that bad, even with the threat. Of course, he’s wrong. King Louis (Christopher Walken) and Kaa (Scarlett Johansson) will remind him of that. But ultimately, Mowgli decides he belongs in the jungle, whatever he has to do to make that a reality. This redux may not live up to your high standards, bred by years of watching and rewatching that much-adored animated classic, but there’s no doubting the power of the film’s photorealistic animal kingdom. Animals of all shapes and sizes come to nearly unprecedented life in “The Jungle Book,” with visuals that rival “Life of Pi” and other notable SFX marvels. The animals almost look too real to be talking. It’s initially distracting. But you’ll get over when you realize that the cast, at least, lives up to the hype. Neel Sethi, in his first feature film role, gives an impressive effort well beyond his 12 years. As the film’s only human, his charismatic presence is necessary. Scarlett Johansson’s hypnotic lull worked on me like it did on Mowgli, though we don’t get nearly enough of her smoky vocals in a small role. A strong, British voice was needed to revive the character of Shere Khan—they found it in Idris Elba. Elba is a towering presence, even just in voice alone. Ben Kingsley is all sophistication as the strict, sleek Bagheera. Bill Murray is having a good old time as Baloo, a perfect fit. And Christopher Walken plays an apish version of himself, it seems, as the film’s largest—and perhaps most memorable—character, King Louis. Months ago, Jon Favreau teased that his “Jungle Book” would retain the 1967 film’s most popular songs. He made good on that promise, but with a catch. The fractured bits of song we do hear are more talked than truly performed. But more traditional recorded versions of the songs make a much-appreciated appearance in the credits. Plus, Robert Sherman (the surviving half of the Sherman Brothers, who wrote the songs for the original “Jungle Book”) penned a new lyric for one of the film’s most popular songs. 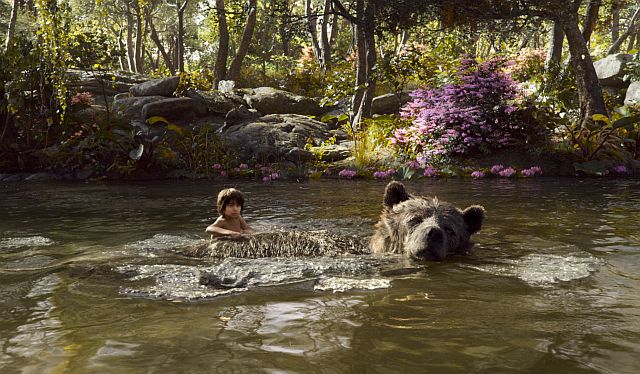 “The Jungle Book” is enough like the beloved animated version to satisfy die-hard traditionalists, but different enough to keep the rest of us involved. But if you’re still not satisfied, a sequel already confirmed and an unrelated take on the Kipling tale set for 2018 (with Christian Bale, Cate Blanchett, and Andy Serkis), might quench whatever thirst you still have.