In the past, Melissa McCarthy has aired (and erred) toward genre-bending movies like “The Heat” and “Spy” which let her flex her comedic and also literal muscles. I’d be lying if I said “The Boss” had none of that unnecessary physical comedy (kick-in-the-groin type stuff), but for the most part McCarthy takes a more straight-forward approach, playing a character that’s not afraid to be nice, and it serves the movie well. Not too well, though…I mean, c’mon. Don’t get your hopes too high. 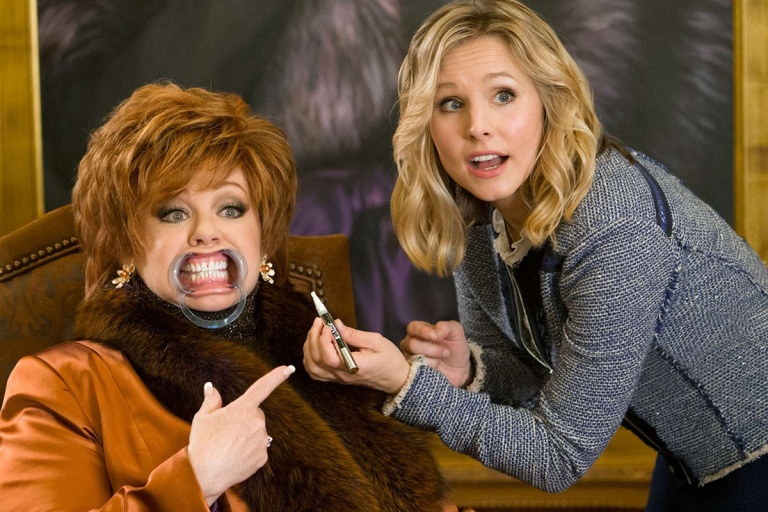 Fortune 500 CEO Michelle Darnell (McCarthy) is on top of the world. Her financial planning seminars are overwhelmingly attended, her assistant Claire (Kristen Bell) keeps her schedule productive, and she’s left her troubled orphan past behind her. Until her competitor, Renault (Peter Dinklage), exposes Michelle for insider trading and she has to do a few months of hard time. When she gets her freedom back, she’s left broke and desperate. She sees her potential comeback creating a competitor to the Dandelions (think Girl Scouts), selling homemade brownies for big bucks with the help of Claire’s daughter Rachel (Ella Anderson).

There’s an argument to be made that the first scene, with a Katy Perry halftime-like entrance, a Melissa McCarthy rap, and a short “cameo,” was the movie’s best. That’s never a good sign. But “The Boss” keeps the humor cleaner than we’re used to and sticks to its story (which, on the surface, is far more creative than we’re used to). Still, the set-up to the movie feels cheap and convenient. But consider, the last time McCarthy’s husband, Guy Falcone, directed her, we got “Tammy.” I can assure you, this is better than that. “The Boss” is a cute comedy that isn’t weighed down under bad jokes that don’t land. I’d say that’s pretty boss.