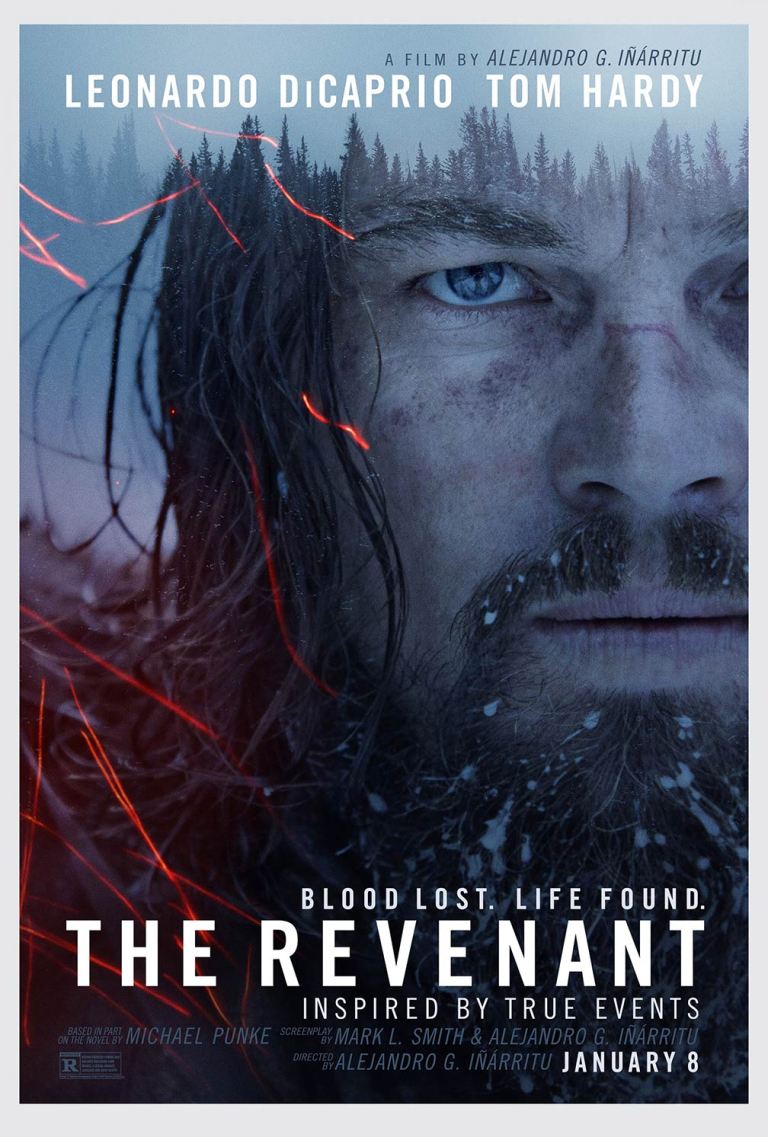 After two decades of dedicated service to the film industry, Leonardo DiCaprio might finally get the chance to give that Oscar speech he’s been saving since his first nomination in 1993. To play frontiersman Hugh Glass, the seasoned veteran crawled naked into a horse carcass, ate raw bison liver, and risked hypothermia multiple times wading through frozen rivers. His performance is the pinnacle of method acting. It’s nothing short of a masterpiece, to be remembered for generations. But what’s most amazing? The rest of the movie is on the same level. 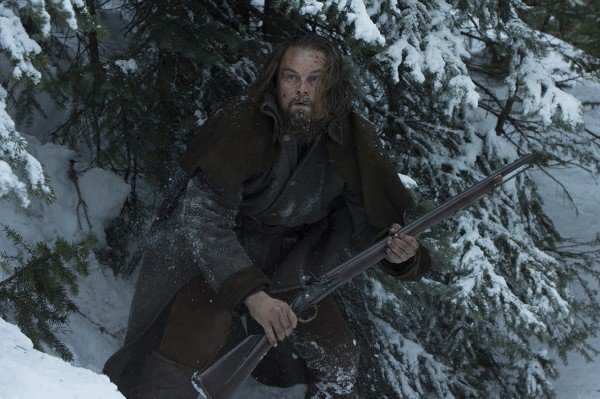 In North Dakota in the 1820s, fur trapping was a valuable trade. But Hugh Glass (DiCaprio) and the other men in his crew (including Tom Hardy, Domhnall Gleeson, and Will Poulter) have to fight Native tribes and dangerous weather to get their pelts. But Glass also had other troubles. On a routine hunting expedition, Glass encounters a protective mother bear. The grizzly twice mauls Glass to near-death, leaving him with exposed ribs, a broken leg, and a slashed throat. Still breathing but unable to stand, Glass becomes a burden on the crew. They can no longer carry him along with them. So Glass’s son Hawk (Forrest Goodluck), plus John Fitzgerald (Hardy) and Jim Bridger (Poulter), stay back with Glass until the others find more help. But Fitzgerald has other priorities and leaves the nearly-dead Glass behind. When Glass finds the strength to stand, he’ll stop at nothing to seek his revenge on the man who left him to die. 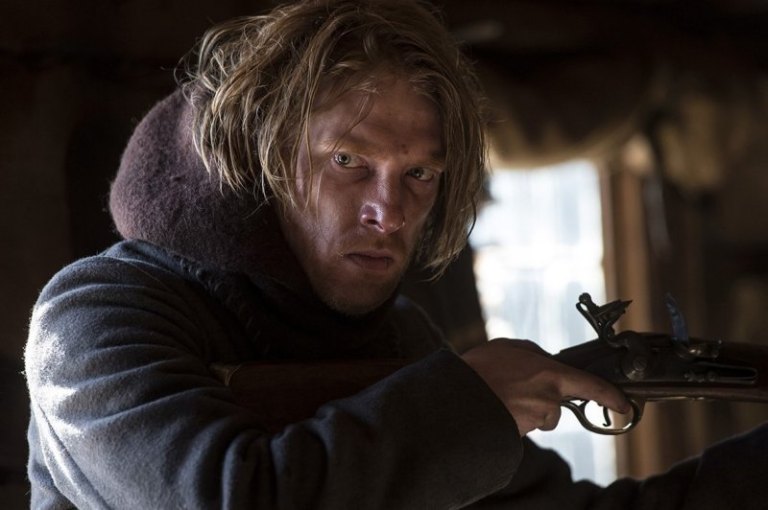 Last year, writer-director Alejandro Inarritu took home the coveted Oscar for Best Director, while his cinematographer Emmanuel Lubezki won his own Academy Award. “The Revenant” sets both men up for a deserved repeat. Inarritu has the entirety of his film shot using only natural light, avoiding any artificiality when it was avoidable. The result is the most stunning film I’ve seen in years. You won’t want to miss a single frame. The beautiful landscapes, on location in Montana and British Columbia, mostly, are computer wallpaper-worthy. Lubezki uses a variety of shots but favors the intimate views that put you face-to-face with the actors. The camera reaches eagle-eye heights and underwater depths. It’s always where it needs to be. 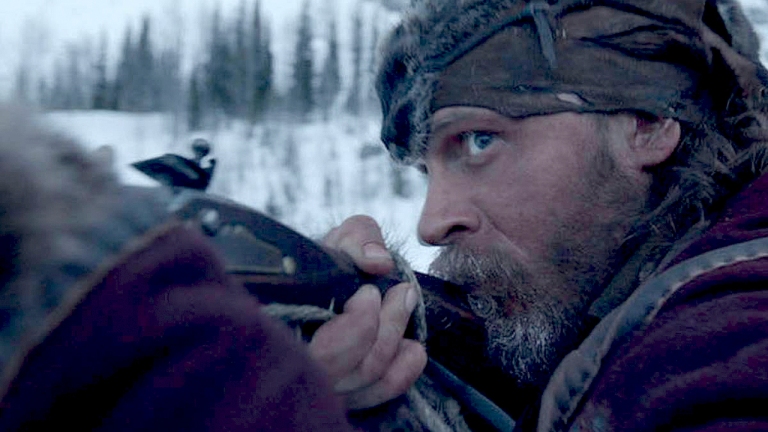 Last year, Eddie Redmayne upset the more veteran Michael Keaton (starring in another Inarritu film, “Birdman“) to win the Academy Award for Best Actor. This year, for his incredible performance in “The Danish Girl,” he’ll get the chance to defend his title against another crowd favorite, DiCaprio, whose body of work is what some say could help him earn his first Oscar. DiCaprio hopes his performance will serve him well in February. But DiCaprio is only the biggest face of “The Revenant.” Domhnall Gleeson is better suited for his put-together, intellectual roles in this year’s “Ex Machina” and “Brooklyn,” but “The Revenant” proves he’s able to play all kinds of characters. As crew leader Andrew Henry, Gleeson commands the screen. With “Ex Machina” in May and “Star Wars: The Force Awakens” rounding out his 2015, Gleeson may have had the single coolest year in film history. But Tom Hardy gives him competition. He singlehandedly made “Legend” a success, and “Mad Max: Fury Road” is a pure burst of unbridled excitement. In “The Revenant,” Hardy sets himself up for an easy nod for Best Supporting Actor, if not a win. He loses the British accent and becomes a villain that most of us can’t help but sort of relate to. Poulter, too, expands on his dramatic role in “The Maze Runner” and furthers himself from the role in “We’re the Millers” that introduced us to him. 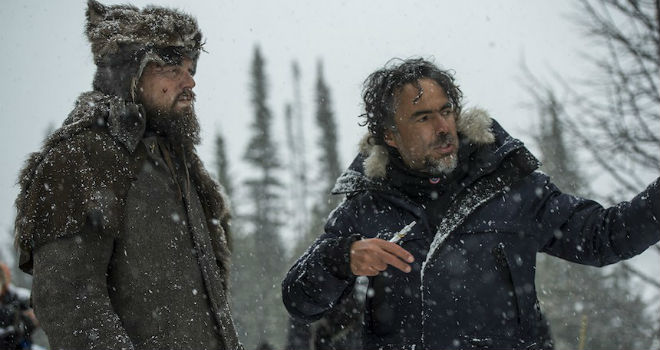 Hugh Glass’s story would be unbelievable if it wasn’t true. “The Revenant” does fictionalize the account, like the 2002 Michael Punke book of the same name. But reading up on Glass’s life, you’ll see that there are some mind-blowing things that “The Revenant” didn’t show, like Glass laying on a bed of maggots so they could eat the gangrene from his mauled flesh. Yeah. The bear attack scene in “The Revenant” is the most intense and terrifying I’ve seen in years. Truly. The story, even with a 150-minute runtime, never wastes a moment. I’ve seen 90-minute movies that feel longer. “The Revenant” is nearly flawless in every facet. A score of pounding tribal drums recalls the Oscar-snubbed sporadic drumming of “Birdman.” Like the frequent attacks from Native tribes or animals, you never know when the next drum beat will come. It helps build suspense—as if this story needed any help. At the end of the day, one of the most anticipated movies of 2015 somehow exceeded my expectations. “The Revenant” is a must-see.