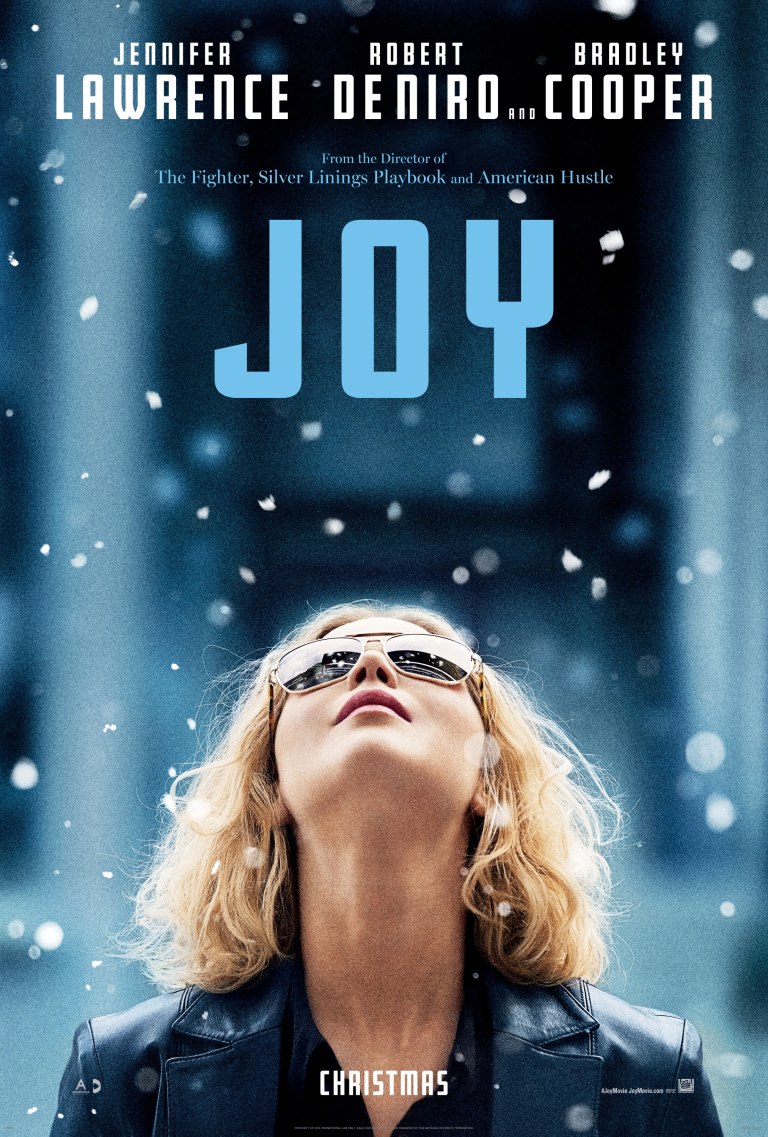 Joy Mangano’s life is not the stuff of big-screen biopics. The divorced mother of three and inventor of a few popular household products didn’t live a lavish life. But thanks to David O. Russell, Joy’s life can be found on the big screen. Played by Jennifer Lawrence. The last time we saw Russell and Lawrence working together, they crafted the juggernaut “American Hustle,” one of the best movies of 2013. This time, though, they don’t live up to expectations.

Since she was a young girl, Joy’s (Lawrence) grandmother (Diane Ladd) told her that she’d be the successful one in the family. But after a divorce from her husband Tony (Edgar Ramirez) and a demotion in her job as an airline reservation manager, the now-single mom of three wasn’t so thrilled with what life had given her. Until she came up with an idea for a self-wringing mop. It solved a common problem she, as the housewife, faced. So her business venture began with her sister Peggy (Elisabeth Rohm), her father Rudy (Robert De Niro), and her father’s new girlfriend Trudy (Isabella Rossellini), whose dead husband left her with millions. But entrepreneurship isn’t all that it seemed, as Joy is misadvised and misinformed until she has to take out a second mortgage on her home. But she finds new hope in a new channel called QVC and a young businessman (Bradley Cooper) who promises to sell Joy’s mop and make her rich.

In a weak year for acting performances overall, Jennifer Lawrence’s biggest role yet—while far from her best—should be enough to earn her a fourth Oscar nomination (she already received a Golden Globe nomination for the role). But I don’t think it deserves a win. The goofy, affable 25-year-old starlet is unconvincing as a work-worn mother and matriarch. I don’t buy it. The babyfaced actress gives it her all, but it’s not enough to sell me. Thankfully, the others in the trio of Russell favorites give Lawrence the support she needs. Bradley Cooper gives his best performance in an otherwise disappointing 2015 (“Aloha,” “Burnt”), his best since his Oscar-nominated turn in “American Sniper,” which somehow released less than a year ago. Lately, Robert De Niro has settled for undeveloped roles in underachieving films like “The Family” and “Grudge Match.” He must need the money. But here, he finds his groove. He’s right at home—well, he’s more at home as a gangster…but we’ll take what we can get.

“Joy” just seems somewhat humdrum. Russell’s script is effective, and Annie Mumulo’s (“Bridesmaids”) story is an expansive one, like Russell’s “American Hustle.” They craft a world around Mangano’s life. But “Joy” lacks plot. I came away from the movie not knowing what to take with me. What little conflict there is seems small, and complex. It uses legalese to its detriment. It gives me no joy to say that when all is said and done, “Joy” does not stand up to the enormous pressure thrust upon it by its A-list ensemble and holiday release.