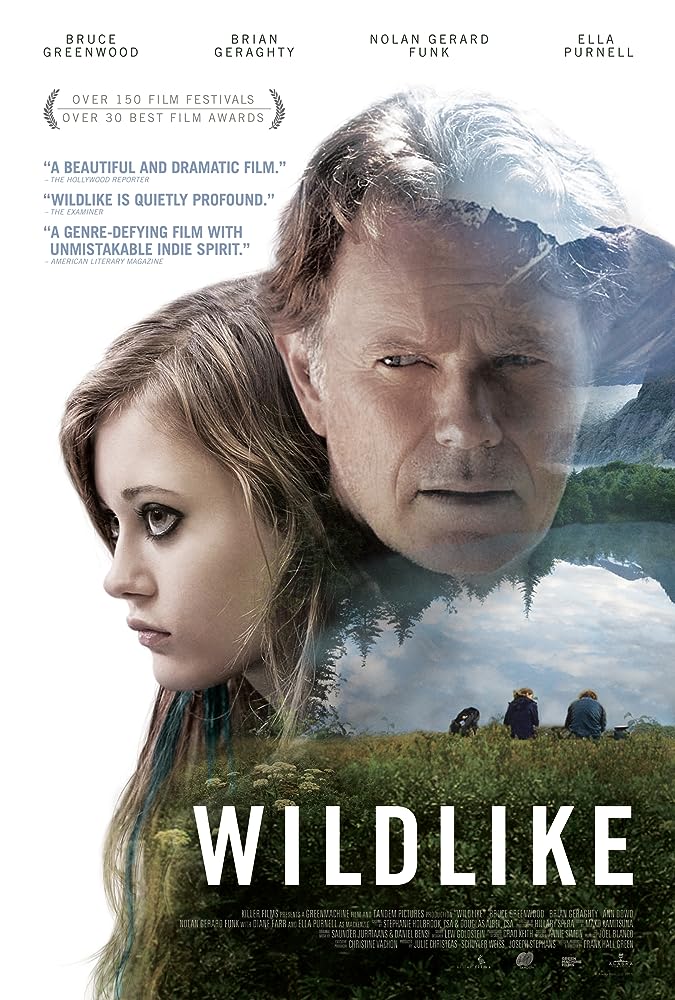 Some movies are unpredictable not because you can’t predict what happens next, but because you don’t care enough to try. Unfortunately, the well-intentioned but sloppy drama “Wildlike” falls into this category.

Girl-on-the-run Mackenzie (Ella Purnell) is stuck in the suburban wilderness of one of Alaska’s bustling, but inaccessible towns. When she stumbles upon lone hiker Rene Bartlett (Bruce Greenwood), in town to hike across Denali, Mackenzie tricks him into taking her along. She needs someone to stick with until she can find a ferry out of the state. He reluctantly agrees to let her hike with him, even though she’s hesitant to tell him anything about herself—mainly, what she’s running from. Eventually, though, she’ll have to confront her predator. But will Rene be sympathetic to her plight?

Greenwood, at least recently, hasn’t gotten the leading roles he deserves. He makes this one work well, even without A-list star power to aid him. Purnell fits her character well, though she at times struggles to convincingly play out her character’s complicated emotions. You can tell she has to force it. You can tell she’s acting. But she doesn’t have the easiest job, I guess. Writer-director Frank Hall Green’s story is slow, and it’s filled with dialogue that struggles to push the narrative forward. After about an hour, the film seems to be about a girl taking a hike with a new acquaintance. The dramatic context of her escape (which the audience sees in the movie’s first ten or fifteen minutes) is barely mentioned again until the end, so the film’s real purpose and path is anyone’s guess. An entire hour in the middle of the movie should have been devoted to building suspense, but there was no attempt to hook us. Thankfully, we get a great view of several picturesque Alaskan filming locations in the meantime. But the story isn’t enough to keep us interested. In the end, “Wildlike” wraps up neatly. It’s cute but anti-climactic. There are a good thirty minutes of movie in “Wildlike.” The surrounding hour is just weeds.