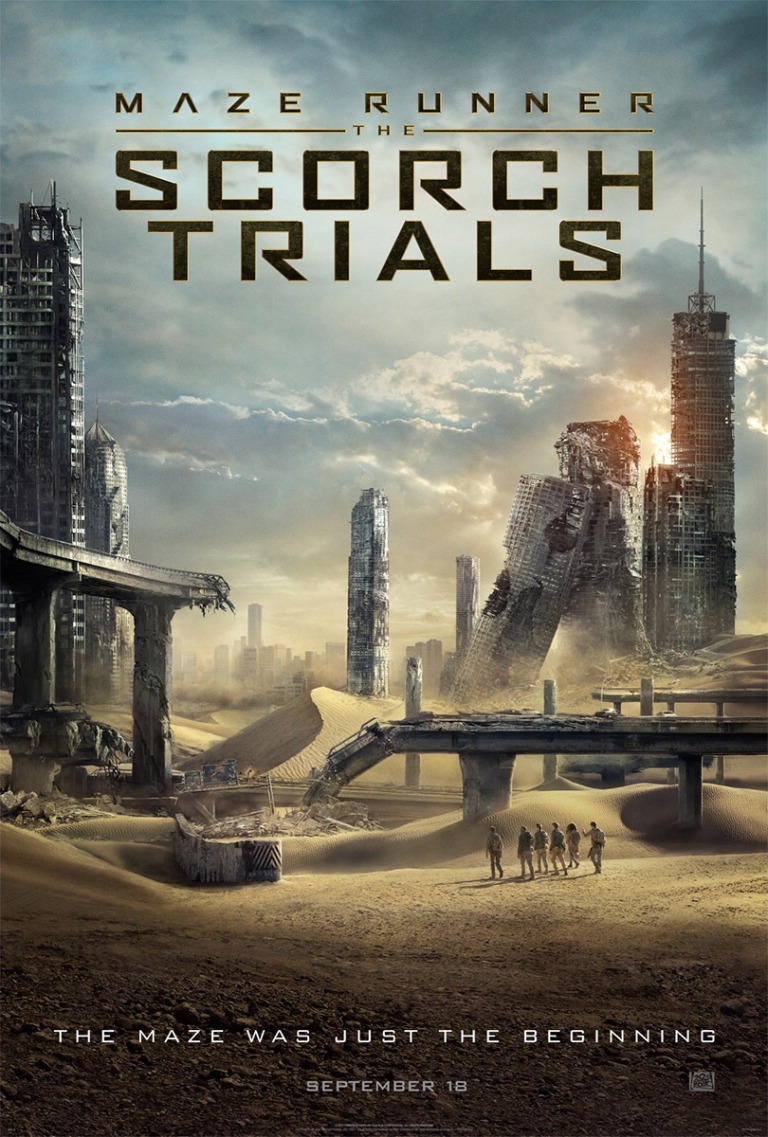 “The Scorch Trials” does what very few sequels do by keeping viewers totally absorbed and interested in what each chapter holds. For those who saw last year’s “The Maze Runner,” this follow-up is a must-see.

The boys and girl—Thomas (Dylan O’Brien) Minho (Ki Hong Lee), Newt (Thomas Brodie-Sangster), Fry (Dexter Darden),Winston (Alexander Flores), and Teresa (Kaya Scodelario)—who made it out of that grueling living maze have more questions than answers when they’re rescued by a group of strangers and taken on helicopters to a new facility. Now, they have food, beds, and showers. And they’re not alone. There are more kids from different mazes, living amongst them. But every day, a handful of them are selected to be transferred to a better place. But nobody sees these people actually leave the building. When Thomas and the gang (plus a newbie, Aris, played by Jacob Lofland) discovers the truth, they’ll attempt their daring jailbreak. The WICKD man in charge of operations (Aiden Gillen) will fail to stop their escape. But the outside world is even more daunting than the threat they face within. If you thought the Grievers of the last movie were frightening, wait until you see the loud, fast-moving sickies (made violently ill by the scorch) who turn blood-thirsty at the sound of a pin drop. The group finds what they hope are allies in Jorge (Giancarlo Esposito) and Brenda (Rosa Salazar), but who can be trusted when everyone is a stranger?

At first, “The Scorch Trials” moves too quickly to get into. I was caught off-guard, certain it would be a let-down. It jumps off to a far lead. But once you catch up and keep up, it’s an excitingly fast-paced, adrenaline-pumping adventure. It picks up with the help of an intense score and quick-moving cinematography that puts us right alongside our runners. In terms of plot, the 200-word synopsis above is just the start. “The Scorch Trials” is far more complex than “The Maze Runner,” but for those of us who have seen the first one it’s not incomprehensible. “The Scorch Trials” looks like an incredible video game brought to life. Every series of rock-and-a-hard-place, pick-your-poison situations is thought through by the audience, too. I put myself in their shoes, thinking of how I would try to get myself out of their situations and cheering when they received by telepathic signals…or fretted when they didn’t. You root for this strong cast of kiddos to make it out with their lives. Each one of them plays their part well. Nobody gives me that all-too-common feeling of disappointment that kid actors (even teenage ones) sometimes do. You’re never distracted by a character’s failure to act convincingly.

An aching sense of curiosity is the driving force of this franchise. It’s completely unpredictable and engrossingly entertaining. Does it have a high-class pedigree? Of course not. But it’s more consistent than “The Hunger Games” and more engaging than so many other franchises being made today. That’s reason enough to catch this one in theaters.