If the original “Vacation” came out today, it would be met with a low Rotten Tomatoes rating and minimal box office earnings. 1980s humor simply hasn’t aged well, if you look at it objectively. But nobody that saw “Vacation” in 1983—when the film’s simple, physical humor was commonplace—can see it without the subjective bias of nostalgia. I get it. Nostalgia is the reason I still end up watching Lindsay Lohan’s “The Parent Trap” at least a couple times every year. But “Vacation” just isn’t funny anymore. 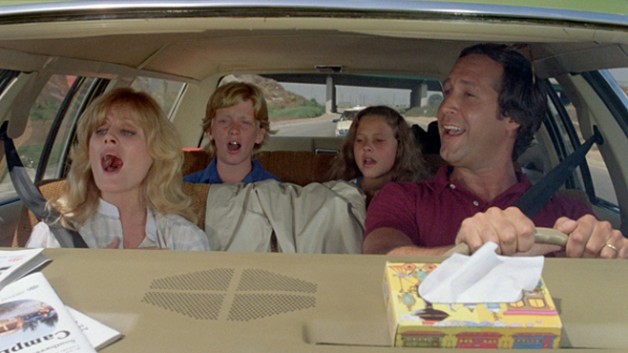 The Griswold family—patriarch Clark (Chevy Chase), his wife Ellen (Beverly D’Angelo), and their kids Rusty (Anthony Michael Hall) and Audrey (Dana Barron)—set off on a family vacation to Walley World (think Disney World) in California, a couple thousand miles from their Chicago home. Along the way, they’ll stop and see Ellen’s redneck family in Kansas, where they’ll pick up Ellen’s Aunt Edna (Imogene Coca). As the family makes their way across the country, they’ll get into some typical shenanigans. 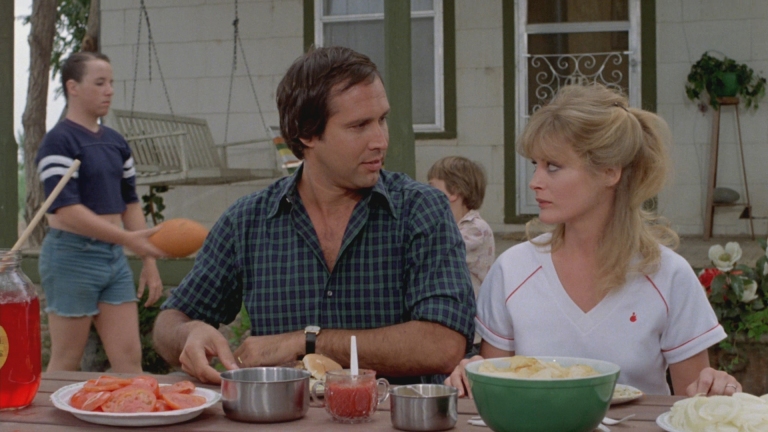 Chevy Chase’s legendary deadpan brilliance is the only thing that keeps this clunker rolling. Not that D’Angelo’s spunky personality doesn’t help. Coca is an irritating and unnecessary addition, and minor characters along the way don’t impress. And the boring story doesn’t hold my interest. 2010’s “Due Date,” which admittedly copies some of this film’s funniest moments, does a better job at the road-trip comedy, in my opinion. Or, at least, it made me laugh more when I was an 18-year-old. Again, it’s all about personal preference. The comedy is the most difficult genre to recommend, in my experience. One man’s trash is another man’s “funniest movie of 2015.” But beyond that, even, we learn nothing about the Griswolds. There isn’t a lick of character development, or even context. We start the evening before they leave. We end on the last day of their trip. It’s a simple concept, without any thinking involved. A dumb comedy full of dumb gags that last too long. It’s more annoying than funny. But don’t tell that to anyone over the age of 40.

One thought on “Original ‘Vacation’ isn’t as good without nostalgia”