Jake Gyllenhaal gained 15 pounds in muscle mass to play rock bottom boxer Billy “The Great” Hope in this summer’s main event, “Southpaw.” He’s so incredible, he has a shot at picking up 8 1/2 more pounds in the form of a gold-plated Best Actor statuette. But the Academy Award nominee (“Brokeback Mountain”) isn’t alone. He also has the weight of three Oscar winners behind him—Forest Whitaker (“The Last King of Scotland”), Eminem (“8 Mile”), and the late James Horner (“Titanic”), who recorded his last original score for the boxing film. Together, they make “Southpaw” an undisputed winner.

Once a scrappy boxer with a bright future ahead of him, Billy Hope (Gyllenhaal) had his career, possessions, and family (Rachel McAdams and Oona Laurence) torn away from him in a matter of weeks. As he prepares for a match against the reigning champion (Miquel Gomez), Hope will face the greatest spar of his life—fighting for custody of his young daughter. Seeking help from old-fashioned trainer Tick Wills (Forest Whitaker), Hope begins to get his life on track in an attempt to make things right with his daughter. 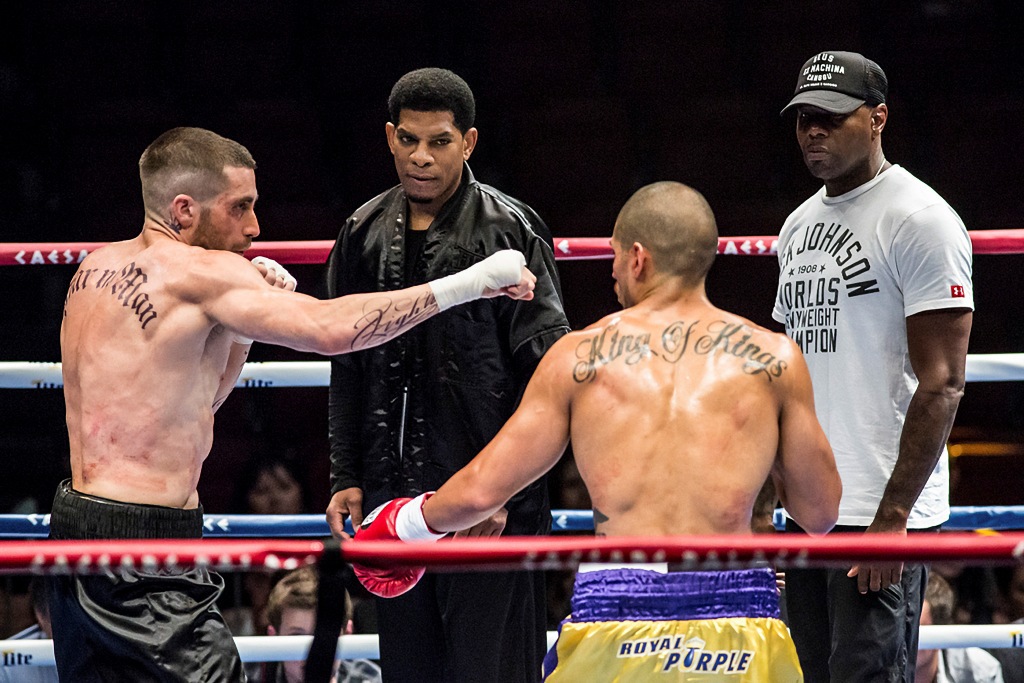 A bulked-up Gyllenhaal digs deep to give us Hope. His intense, high-energy method acting is the stuff Oscar loves. We’ve been numbed by the loud, shouting fits of inauthentic rage by lesser actors, but—as you’d know if you saw last year’s “Nightcrawler”—Gyllenhaal is above that. When he shouts, you know he means it. It’s like he’s releasing demons with every scream. It makes for scenes of true, raw emotion. In “Southpaw,” Gyllenhaal sets himself up for a long career of stardom, if that wasn’t in his future already. He gets tremendous help from Whitaker, a king in his own right. He’s as commanding a performer as anyone. Playing Hope’s shady manager, Curtis “50 Cent” Jackson still hasn’t made the seamless, comfortable transition into acting that some of his rapper-turned-actor colleagues have. 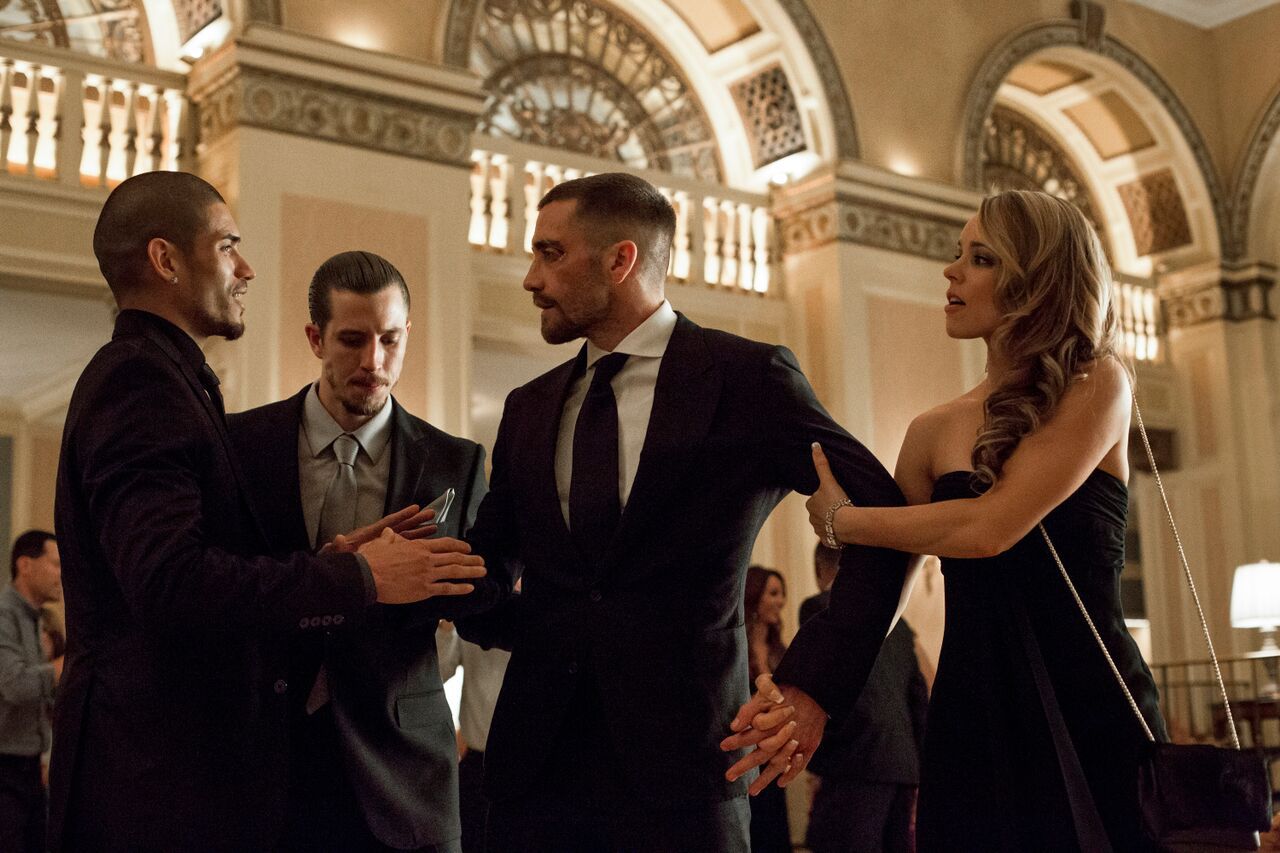 Director Antoine Fuqua has been touting his work on the Oscar-winning “Training Day” for fourteen years, but has only managed to give us adequate thrillers like “Brooklyn’s Finest” and “The Equalizer.” Now, though, Fuqua can add another high-quality gem to his resume, giving him something else to flaunt on his next movie’s trailer. “Southpaw” offers realistic boxing action, but it’s so much more than a boxing movie. The real story is about the man himself. The crowd roots hard for Hope, as was evident by the audible cheering coming from the theater I saw “Southpaw” in. Not only after the movie, but several times during it as well. It boasts incredible performances, especially from Gyllenhaal, but it also has wide commercial appeal. It’s a knockout punch. And James Horner’s beautiful final score was the thread that kept this tightly woven story together. It’s exquisite work, a swan song to be proud of.

Jake Gyllenhaal has proven himself one of the great method actors of our time. “Southpaw” might be this latest stellar performance, but it’s far from his last. He has a few more rounds left in him.