Adam Sandler hasn’t been known for making particularly high-quality movies, especially in recent years. You’d have to go back to “Funny People” or maybe “Grown Ups”—five years ago—to find one even remotely worth watching. Unfortunately, “The Cobbler” doesn’t put an end to that downward trend. 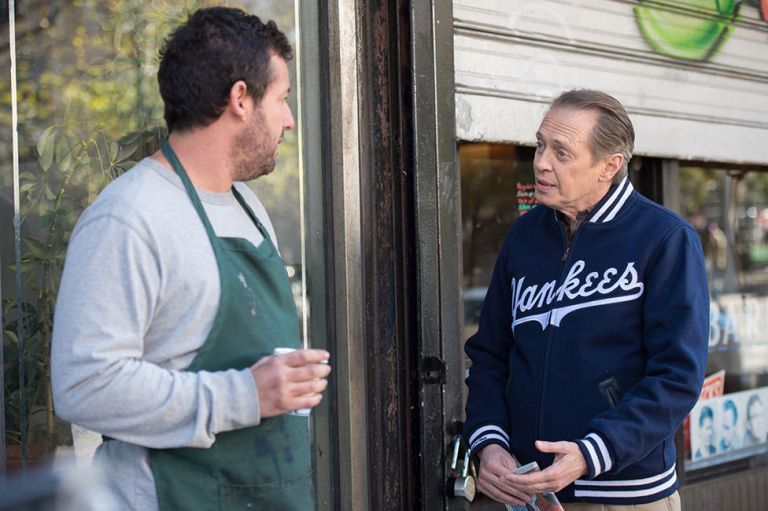 New York cobbler Max Simkin (Adam Sandler) is a tired, weary man who lives with his aging mother and struggles to make ends meet. His pal Jimmy (Steve Buscemi, a Sandler movie staple), the barber in the shop next door, is his only real friend, and his father left when he was young. One day, his luck changes when he discovers an old, magical stitching machine in the basement of his shop—a shop that has been in his cobbling family for generations. When he wears shoes stitched by the machine, Max has the ability to become their owner—to walk in their shoes. Of course, he uses the power for greedy purposes at first. But then, when he stumbles upon a murder plot, he decides to use his power to make the neighborhood a better place.

“The Cobbler” is well-intentioned, even heart-warming at times, but that doesn’t mean that it deserved to be made. The execution just wasn’t there. Director McCarthy’s “Win Win” a few years ago was a better attempt at the uplifting dramedy. And Sandler, normally a loud and proud personality who tends to overact, tones it down this time—maybe too much. What he becomes is a dull, flat, unremarkable character who is forgotten as soon as the final credits roll. And the story around him is just as stale. Yes, the concept was original. But what might have been a fun break away from the usual turns into exactly what you’d expect—besides its unique, unpredictable ending. But even that doesn’t make up for the hour and a half you waste watching the rest. Maybe next time, Sandler will pick a project that will get him back to the comedy pinnacle he once claimed as his own. But for now, we’ll have to settle for mediocre.