Gone are the days of action heroes under the age of 50, apparently. Not that I’m complaining. Pierce Brosnan’s suave, badass spy Devereaux (aka “The November Man”) gave me pleasant flashbacks to “GoldenEye.” Not that this sloppy, dumbed-down revenge thriller is anywhere near Bond-quality, but if you’re just looking for a few scenes of fun, high-octane action, it won’t be a total disappointment. 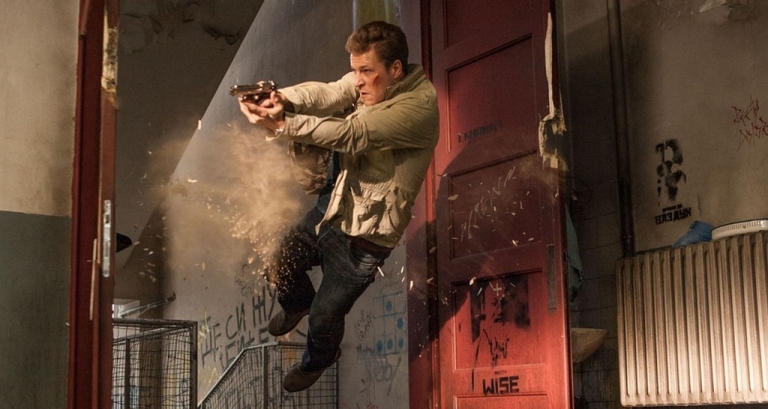 This is the paragraph where I normally tell you about the plot. But if I’m being honest, I’m not sure I could. A happily retired Devereaux, five years after a botched mission with fellow CIA agent Mason (Luke Bracey), runs into his old partner again…when Mason, working for their old boss, kills the mother of Deveraux’s child unknowingly. Mason lets him get away, showing mercy for the man who saved his life five years ago. Bad news for him. Now, Deveraux has to die. But not before he comes after Mason and their boss (Bill Smitrovich), who turns out to be working with unexpected motives.

From the screenwriters of movies like “Predators” and “Oblivion” and director Roger Donaldson, who has nearly three decades of credits but nothing substantial (“Dante’s Peak,” “The Bank Job”), you may expect very little out of “The November Man.” That’s about all you get. The far-flung plot can be a head-scratcher, but it was based on a 1987spy novel by the late Bill Granger. So the material, at least originally, was worthy of the literary canon.

Speckled with age spots, Brosnan doesn’t have the energy he did playing James Bond. He can still shoot like the action hero he once was, but when you get him in hand-to-hand combat he looks uncomfortable. Still, if all you need is hallway-decent action, “The November Man” won’t let you down. Plus, the ending gives you that feeling that only comes from a shootout where the good guy wins out.

3 thoughts on “‘The November Man’ shows that age does matter”