Formula plots become formula plots for a reason. They work. Disney knows how to make an inspirational, family-friendly sports movie. It has done it for years. “Cool Runnings,” “Remember the Titans,” “Miracle”…and now, we can safely place “McFarland, USA” there among the better of these (for reference, the poorer of these include “The Game Plan” and “Snow Dogs”).

Jim White seems like a conveniently-chosen name for a coach supplanted to McFarland, California, where over 90% of the population is Hispanic. But he’s real, just like his story. When he was fired from his teaching and coaching gig in a predominately white school, White (Kevin Costner) had to accept a position teaching at McFarland High School and move his wife (Maria Bello) and two daughters (Morgan Saylor and Elsie Fisher) into an almost-exclusively Latino community. When Jim sees the speed of some of the boys in his gym class, he starts a cross country team. But when the boys’ loyalties to family and work come before practicing, Jim will have to become one with the community and figure out how to unlock the potential these boys have shown. 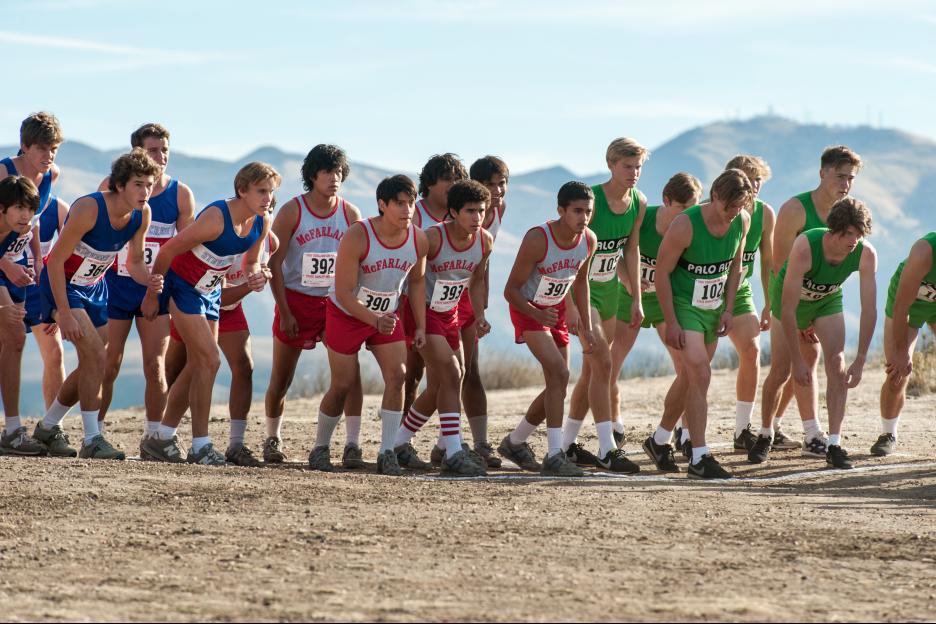 The endearing fish-out-of-water story is a welcome pick-me-up if you’re having a rough week. Costner, with an impressive sports movie résumé of his own (including “Bull Durham” and “Tin Cup”) growls coaching commands as a team of newcomers (including Carlos Pratts, Ramigo Rodriguez, and Sergio Avelar) shows that charisma is just as powerful as experience. The team of eight gets little characterization, and some are better than others, but as a collective, the group is a lovable bunch.

“McFarland, USA” never overplays its biggest moments, which is the downfall of so many sports movies. It never gives in to schlocky melodrama. It stays true, has heart, all those things that you hope it would do. And the two-hour sports saga never feels like it’s dragging. Christopher Cleveland and Bettina Gilois, the screenwriting team that penned Disney’s “Glory Road,” always know the right things to say. They never dip to soap opera angst. Yes, Costner will sound soapbox-worthy at times, like a Knute Rockne impression, but it’s always exactly what you want to hear. Or, at least, it worked on me. Honestly, the light-hearted underdog story is hard to hate. I dare you to prove me wrong.

2 thoughts on “‘McFarland USA’ is a winner”