This story of a veteran secret agent (Colin Firth) taking a newbie under his wing reminds me a little bit of the long-forgotten cult movie “The Freshman” with Marlon Brando and Matthew Broderick. And that sounds pretty great. But hey, it’s February. You can’t expect Hollywood’s best.

From the director of “District 9” and “Elysium” comes this new story about a smart, independent robot who is kidnapped by men who don’t believe AI technology should exist. It stars Hugh Jackman and Dev Patel, a winning pair.

2011’s “The Best Exotic Marigold Hotel” showed that funny has no age limit. This sequel, which sees that addition of Richard Gere to the fun, should be equally enjoyable. Plus, Dev Patel again!

Based on the thrilling Tom Rob Smith spy novel, “Child 44” is the story of one KGB officer’s (Tom Hardy) hunt for a serial killer in Soviet Russia. The problem is, the government he works for has swept the child murders under the rug in order to protect their spotless crime rate. It’s a beautiful story of morality and love, and crazy exciting.

Yup, here’s Tom Hardy again. This long-awaited return of the popular Mel Gibson character is sure to be an exciting apocalyptic adventure. Plus, bald Charlize Theron. How can you go wrong with that?

If I was ranking these in order of excitement instead of chronology, “Jurassic World” would be at the top. “Jurassic Park” is now open to the public, so when the dinosaurs cause trouble there are more than a handful of people on the island whose lives are in mortal danger. YASSS.

The best comedy of recent memory was Seth MacFarlane’s 2012 buddy flick. The fact that its sequel doesn’t have any trailers or even plot summary makes it that much more exciting! P.S. Listen to Seth MacFarlane’s holiday album in the meantime. Great stuff.

Meryl Streep plays an aging rock star (think “Mamma Mia!”) trying to reconnect with her estranged kids (like her real-life daughter, Mamie Gummer). Directed by Jonathan Demme (“The Silence of the Lambs“) and written by my favorite screenwriter of all-time, Diablo Cody (“Juno“), it’s bound to be about close to perfect. 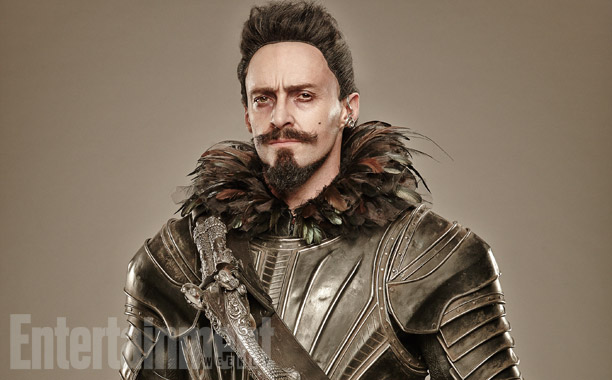 Hugh Jackman plays Captain Hook, so this must be better than “Peter Pan Live”…right? Right??

True, this franchise didn’t need to be re-booted so soon, but with stars like Miles Teller (“Whiplash“) and Kate Mara (“House of Cards“) I won’t argue with the potential.

So far, movies that Steven Spielberg directed and Tom Hanks starred in include “Saving Private Ryan,” “Catch Me if You Can,” and “The Terminal,” so I think it’s safe to say this is at least one to keep an eye on. Hanks plays a lawyer in this true story of a pilot stuck behind Russian enemy lines.

“A father and son go on the run after the dad learns his child possesses special powers.” Sounds cool. Plus, Michael Shannon (who’s been in a lot, but nothing big since “Man of Steel“), Adam Driver, and Joel Edgerton star.

Pixar has two movie releases this year, apparently to make up for a lack of releases in 2014. This one has the most promise, since it’s a little more mainstream.