In 2001, NYPD detective Ralph Sarchie wrote “Beware the Night,” a book of true stories about his work as a demonologist and part-time exorcist in New York City. In it, he only briefly mentions cases that he investigated as a cop, and talks about his family in very little detail. Throughout the book, he remains devoutly Catholic, not showing a shred of skepticism that the cases he took on were anything but pure, demonic evil. At times, he’s even downright preachy. He writes like a typical righteous hothead cop, but his stories are insanely interesting. 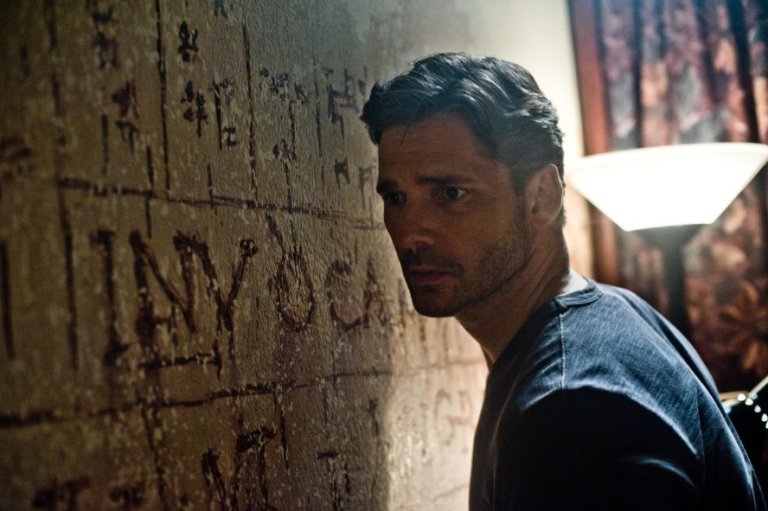 In 2014, Eric Bana starred as Sarchie in “Deliver Us from Evil,” a film adaptation of the book. It serves almost as a highly fictionalized prequel, showing a skeptical Sarchie unfamiliar with the demonic realm until a series of related cases turn out to be heavily influenced by evil spirits. In the film, his police work is the only work featured—only at the end do we see him involved directly in any spiritual activity. And his family plays a much larger role in the story. In fact, the piss-poor writing is one of the only thing that carries over.

What’s interesting, though, is that the botched adaptation (if it can even be called that) doesn’t bother me that much. On some level, I’m actually glad that they decided to use the interesting angle that Sarchie’s life presented—a true story about a cop who works with a priest (played by Edgar Ramirez) to deal with cases where secondary evil (the bad things that humans do to humans) collides with primary evil (pure, demonic evil that can’t be explained by human nature). Had the movie followed the book and sidestepped Sarchie’s police work, we likely would have been met with just another lousy exorcism movie. But they smartly combined the two aspects of Sarchie’s life with more balance than the book did, and came away with something a little more original.

But once we stop comparing it to the heap of trash horror movies that hit theaters every month, “Deliver Us from Evil” doesn’t get very far. Sarchie’s cliché cop comments carry over into the script, and the most horrifying scenes tend to simply reproduce the scare tactics of horror films we’ve seen before. Not that I didn’t cover my eyes a few times. This suspense-driven horror is in what you don’t see.

Playing Sarchie’s partner Butler, comedian Joel McHale is certainly an unusual choice. But he adds a light side to the sinister story, and his banter with Eric Bana occasionally deserves a laugh. Bana is a spot-on Sarchie, not only in looks but in demeanor. But at the end of the day, these guys aren’t busting out award-worthy performances. You wouldn’t expect them to in a movie like this.

Even if you can tell that Hollywood has its dirty hands all over this fictionalized “true” story, “Deliver Us from Evil” comes at you with something a little different than the typical horror fodder. Can I get an Amen!?