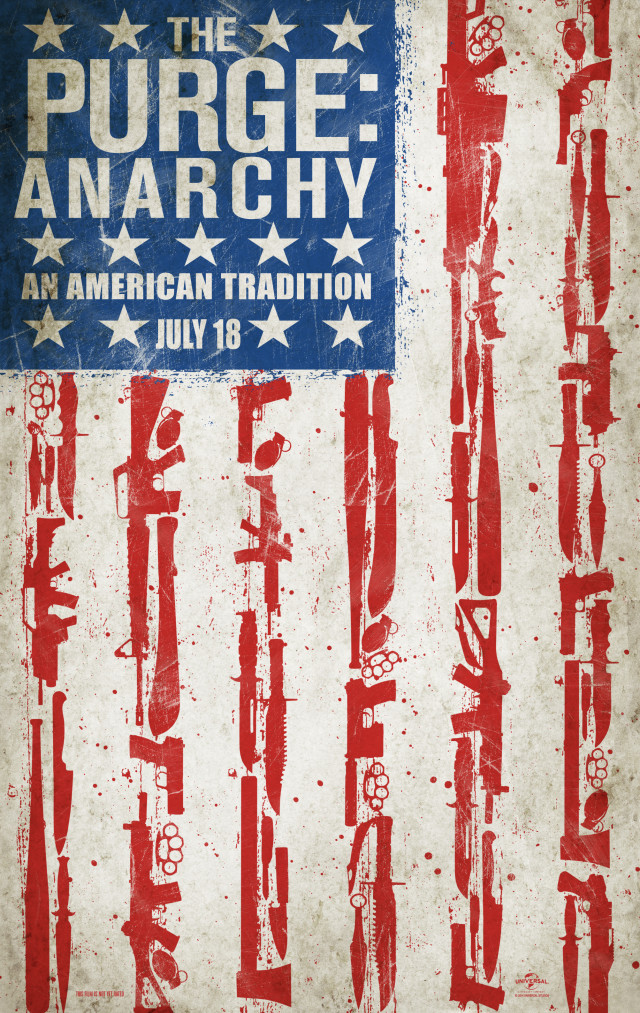 Whoever wrote that “The Purge: Anarchy” finally capitalizes on the promise of the original definitely had it right. As far as thrillers go, not many can match the uniquely original and exciting potential of 2013’s “The Purge.” But it failed to deliver. Now, we get all that excitement in the sequel with thrills to spare.

An unhappy couple (Zach Gilford and Kiele Sanchez) on the way home has car trouble just minutes before the commencement of the annual purge. A mother struggling to make ends meet (Carmen Ejogo), and her stubborn teen daughter (Zoe Soul) are kidnapped by purgers. A man (Frank Grillo) is just trying to safely make it across town to avenge the death of his son. All five stories intersect in the dangerous world of the purge, while purgers roam the streets looking for fearful victims to kill.

From beginning to end, “Anarchy” is filled to the brim with explosive excitement. As these five innocent members of a flawed society try to survive the night, a whole mess of killers will stand in their way. “Anarchy” takes the purge outside, in stark contrast to the interior thrills of the original. This means you get to imagine what you would do to survive the night when your home isn’t a safe option. You can’t just pull down your metal barriers and take a sleeping pill. But even better, “Anarchy” makes a social statement. Maybe it’s a little predictable, but it adds a twist to the idea of good vs. evil that the purge naturally makes you think of. Maybe the murderous thugs on the streets aren’t the only villains.

Without the star power of a lead like Ethan Hawke, “Anarchy” relies on the solid acting of a few lesser-known actors. Grillo is pigeonholed as a character known only as “Sergeant,” but you don’t care. He fits the role perfectly. Gilford (“Friday Night Lights,” “Post Grad”) is also great. But it’s Zoe Soul that keeps us on our toes. She seems like the feisty type that either makes it through the night after shooting herself out of some situations or dies early on after irritating the wrong people. You’ll have to find out.

2 thoughts on “‘The Purge: Anarchy’: So exciting, it’s criminal”