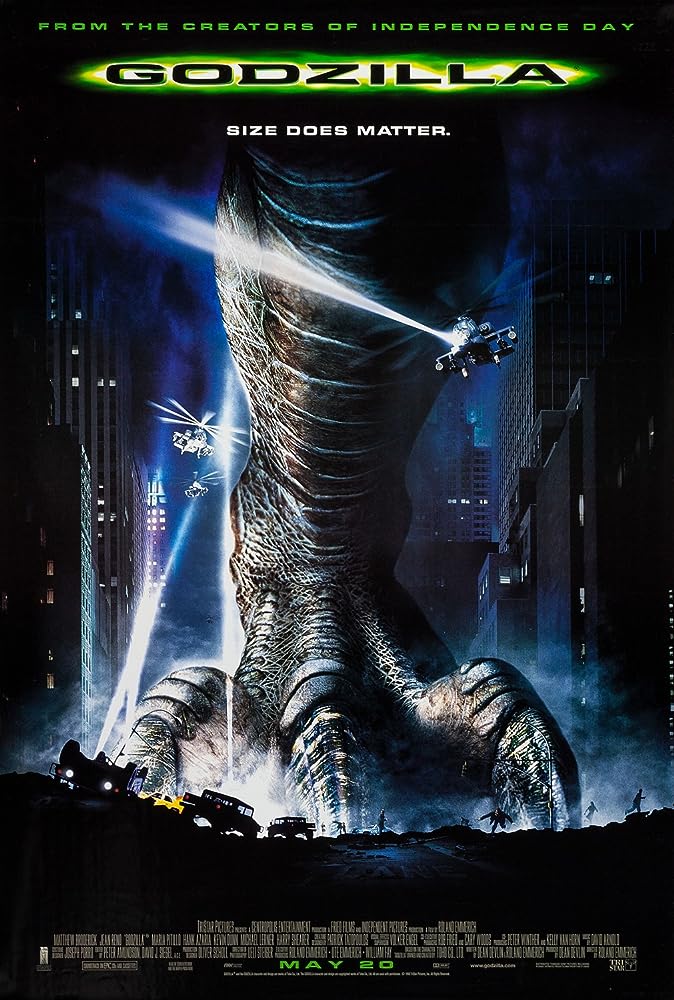 “Godzilla” director Roland Emmerich is the undisputed master of the big-budget disaster epic. These flicks–besides “Godzilla,” there’s “Independence Day,” “The Day After Tomorrow,” “2012,” and “White House Down”–all pretty much follow the same recipe: hundreds of millions of dollars, a generous helping of action and adventure, a loud instrumental accompaniment, a dash of romance, and a sprinkle of humor that usually misses its mark. Add to that the life-or-death conundrums and last-second saved lives, the forecast that calls for non-stop rain (at least until the movie’s near-end climax allows the sun to come out), and the shaky scientific explanations that nobody cares about. “Godzilla” even has Matthew Broderick, the quirky star in the lead role (just like “Independence Day” had Will Smith, “The Day After Tomorrow” had Dennis Quaid, “2012” had John Cusack, and “White House Down” had Channing Tatum). It’s the timeless Hollywood schlock that everyone loves…except for the critics. But who cares if everything in “Godzilla” defies the laws of physics? You take sick interest in seeing this monster destroy famous New York City landmarks. It’s just the guilty, cheap thrills you need on a lazy day. Escapism at its finest. 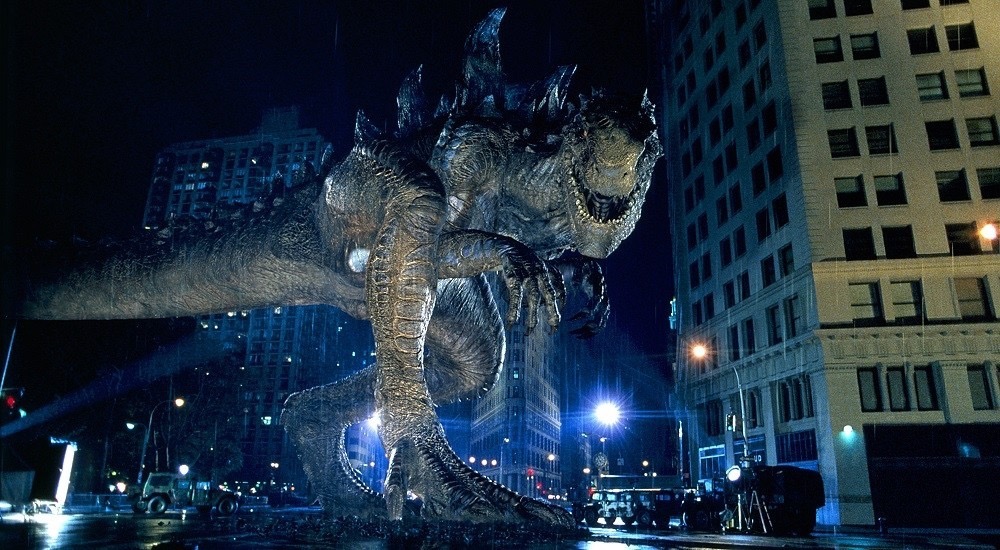 Japanese fishermen discover a monster in the ocean that they believe to be the mythical creature called Godzilla. It’s spotted again, this time in the ocean closer to the eastern seaboard of the United States. Finally, it makes its way to New York City, where it crashes through buildings and flips cars as it evades the watchful eyes of military men who have determined to stop this dinosaur-like creature from terrorizing the city. They enlist the help of scientist Niko Tatopoulos (Broderick) to discover what this creature could be, why it’s here, and how to stop it. Along the way, a sleazy videographer (Hank Azaria) and not-as-sleazy journalist (Maria Pitillo) try to break the news to the city, but impede the progress of the military operation in the process. French officials (why? I don’t know) try to conduct their own secret investigation, and when Tatopoulos loses the trust of his government peers these Frenchies snag him up. What they’ll discover is far more terrifying than they first imagined, but they’ll do their best to stop what could be the end of the world as they know it.

Broderick (one year before “Inspector Gadget”) is a total nut. He doesn’t have the chops to pull off the melodramatic dialogue he has when he realizes the true peril of the situation. Reno (four years after “Leon: The Professional”) isn’t ready for the light comedy in his character’s lines. I mean, you’ve seen “The Pink Panther.” Pitillo was nominated for a Razzie for her role. I assumed she was only ’90s bad, but apparently she was bad even for the ‘90s. Azaria is the only actor that does sort of well, and that’s only because his foil character is intended to be an unlikable sleazeball that gets no proper development. At least they were able to pull that off.

I’m not going to say that the special effects are terrible. In 1998, they were actually pretty convincing. Even now, 16 years later, the effects are still okay enough that you’ll slip into your escapist world without too much effort. The second half of “Godzilla” turns into an urban “Jurassic Park,” which had slightly better-looking monsters five years earlier. It won’t blow you away. Okay, sometimes it’s laughable. But it was the ‘90s! Give it a break.

The verdict? When Blue Oyster Cult said “Oh no, they say he’s got to go, go go Godzilla,” I think they were talking about this formulaic dud. It’s a long 140 minutes, but if you need some cheap ’90s excitement, “Godzilla” isn’t your worst choice. It might even be better than you’ve heard.