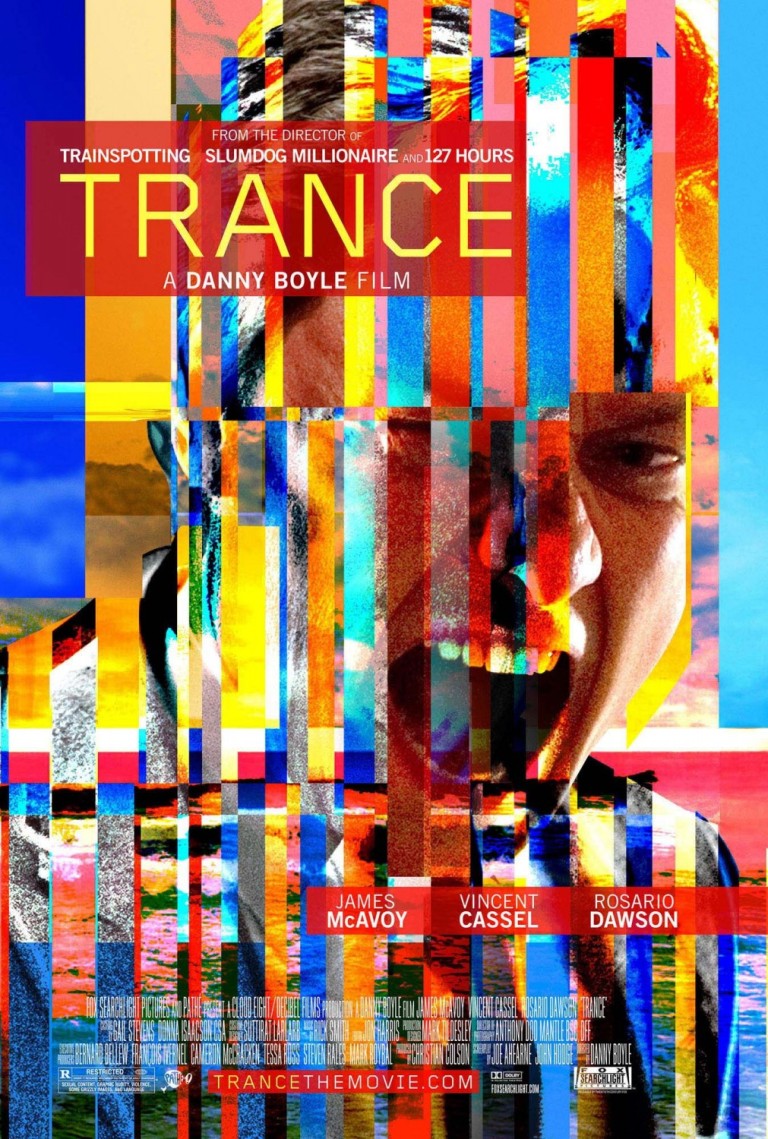 If at first you don’t succeed, try, try again. Danny Boyle puts this advice to use when crafting the multiple intricate and complicated (and sometimes confusing) plot twists in his hypnotic psychological thriller “Trance.” If the first twist doesn’t catch you off-guard, the second or third ones will. Might there be one too many? Maybe. But you’ll have as much fun as James McAvoy and friends when each one comes at you like a high-speed knuckleball. 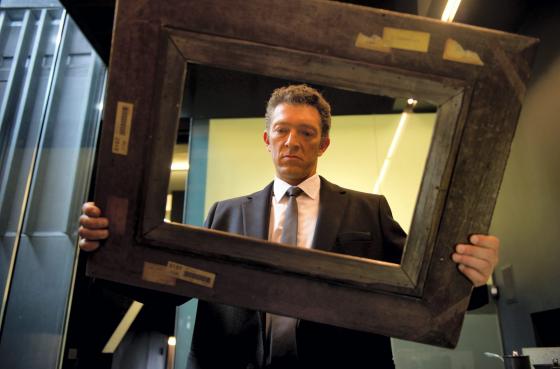 An art heist goes terribly wrong when auctioneer Simon (McAvoy) fails to deliver a priceless artwork to a gang of thieves and accomplices led by Franck (Vincent Cassel). The problem is, after Simon gets a concussion he forgets where he left it. So Simon and Franck solicit the help of a hypnotist, Elizabeth (Rosario Dawson), to help Simon remember where he hid it. But hypnotism might lead Simon to remember more about the incident than he’d like to.

McAvoy can do no wrong, in my eyes. He breaks the 4th wall and makes for a raucous and entertaining thriller in “Trance.” Remember “Wanted”? He brings the same enjoyment and excitement to the action movie all over again. Vincent Cassel, coming off psychological thrillers like “Black Swan,” is just as intense. But it’s Rosario Dawson who bares all emotions in a role that you never quite understand. Is the hypnotist in control of her subjects? Who’s really being hypnotized, and by whom? Dawson holds her cards close. 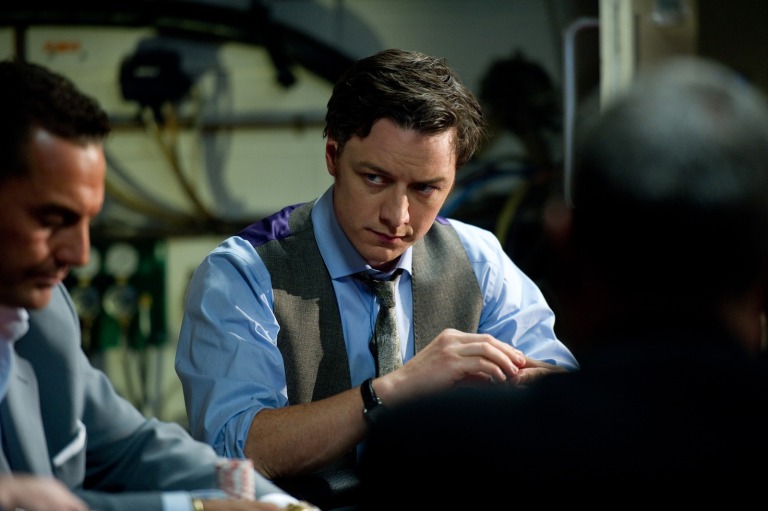 Adapting “Trance” from his 2001 made-for-TV movie of the same name, screenwriter Joe Ahearne doesn’t skimp on the twists and turns of a crazy psychological thriller. In some cases, confusion following the end of a film can be a good reaction, but sometimes it can mean that the film didn’t tie up all of its loose ends. I’m not sure where “Trance” falls on the spectrum, but I suspect a second viewing will help me decide. I’m looking forward to it.