You see the exclamatory statements of film critics on every DVD case – claims of “best movie of the year!” or “greatest acting performance of the century!” cloud every cover until the title becomes lost. I rarely make grandiose statements like that, unless I’m really blown away. Well, like Mary Poppin is blown away by the west wind, I was blown away by “Saving Mr. Banks.”

This true story follows P.L. Travers (a Golden Globe-nominated role for Emma Thompson), author of Mary Poppins (1934), as she visits Los Angeles and Walt Disney (Tom Hanks) to negotiate movie rights. Trouble is, Travers is a nightmare to work with since she has no desire to see her beloved Mary Poppins (never just Mary, she says) turned into one of Disney’s silly cartoons. As she works with screenwriter Don Dagradi (Bradley Whitford) and the lyrical Sherman Brothers (B.J. Novak and Jason Schwartzman), Travers tries to micromanage every aspect of the film’s production. But that’s not all. As we travel back in time to Travers’ (born Helen Goff) life as a youngster in Australia (where she is played by Annie Rose Buckley), we see that Mary Poppins is not entirely fictional. Her troubled father (Colin Farrell) moves between jobs, taking to the bottle to cope. Eventually, a nanny is brought in to care for the family. Travers reflects on this rough past as she’s convinced that her Mary Poppins will be handled with care.

This is classic Disney; a charming, bubbly story that warms the heart. The script, from Kelly Marcel and Sue Smith, lightly treads across topics like alcoholism, poverty, and regret with care, using a few spoonfuls of sugar to help the medicine go down. This tremendous true story doesn’t mince words, easefully transitioning between stories with grace. It’s a biopic, a comedy, and a touching and sentimental drama. It’s the only true Oscar hopeful, I would contend, that’s also the perfect family film. It’s the story behind the story, a movie about the movie, and one of the best of the year. 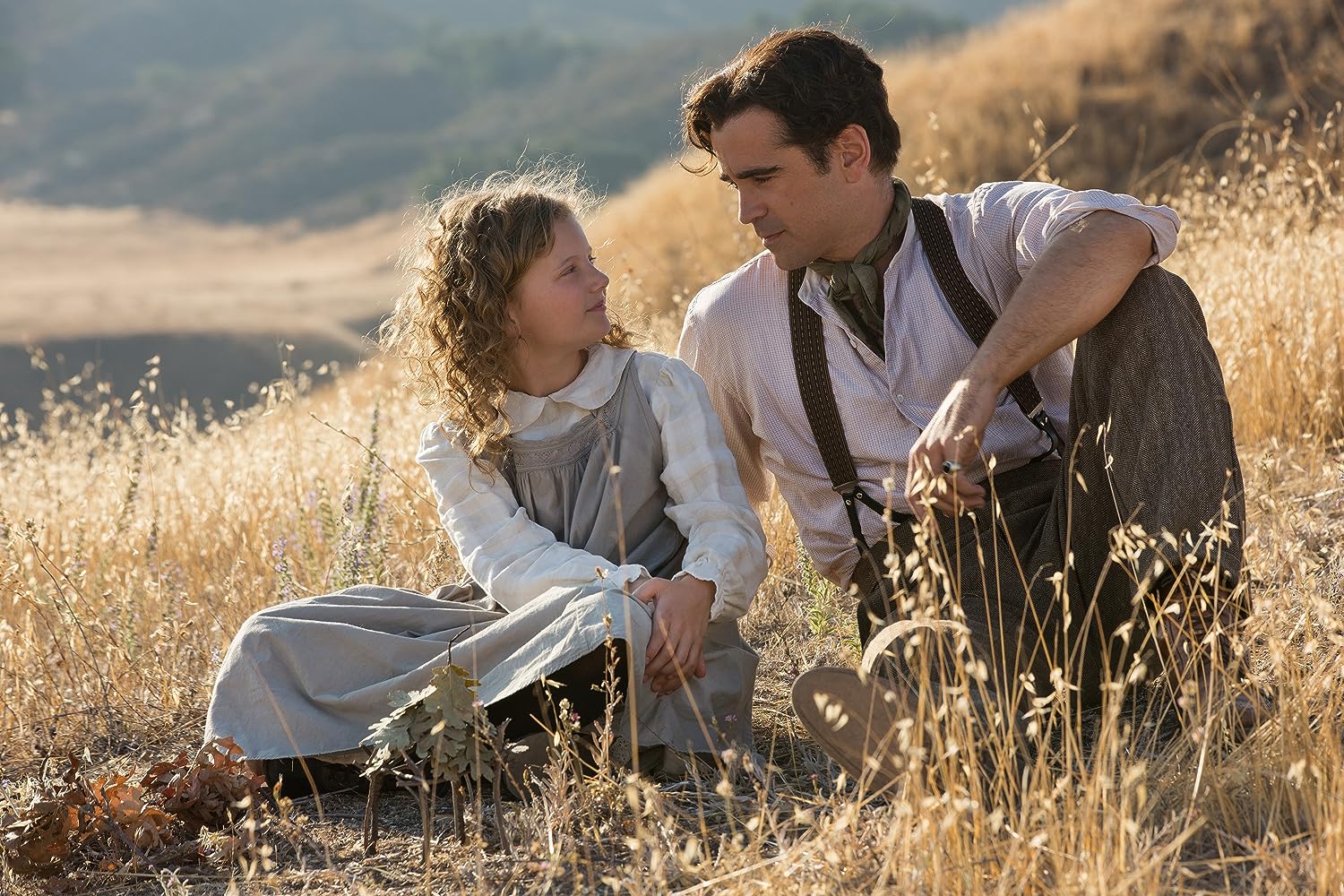 Not many actresses this year have been so graceful, so meticulous, or so versatile in a role this year as Emma Thompson as the stubborn authoress. Thompson becomes emotionally invested in her role as a character so tense with regret and loss that it becomes difficult to separate herself from her past. Thompson hasn’t been nominated for an Oscar since her win in 1996, but now, I think, is the time. There’s no better way to describe her performance than supercalifragilisticexpialidocious. The timeless Tom Hanks is her equal. Hanks gives audiences a taste of Walt Disney’s tricky side, and offers up a tremendous portrayal. We sit in awe as he commands the screen (but only when Thompson isn’t speaking). As Travers’ father, Colin Farrell is delightful. He seems to let himself sink into his role, marinating in it to the point where we hardly notice any seams or inconsistencies. As Bob and Dick Sherman, B.J. Novak and Jason Schwartzman provide a ton of laughs and a dash of musical talent. They’re the lively cherries atop this already-delicious dish.

4 thoughts on “‘Saving Mr. Banks’ is a spoonful of sugar”