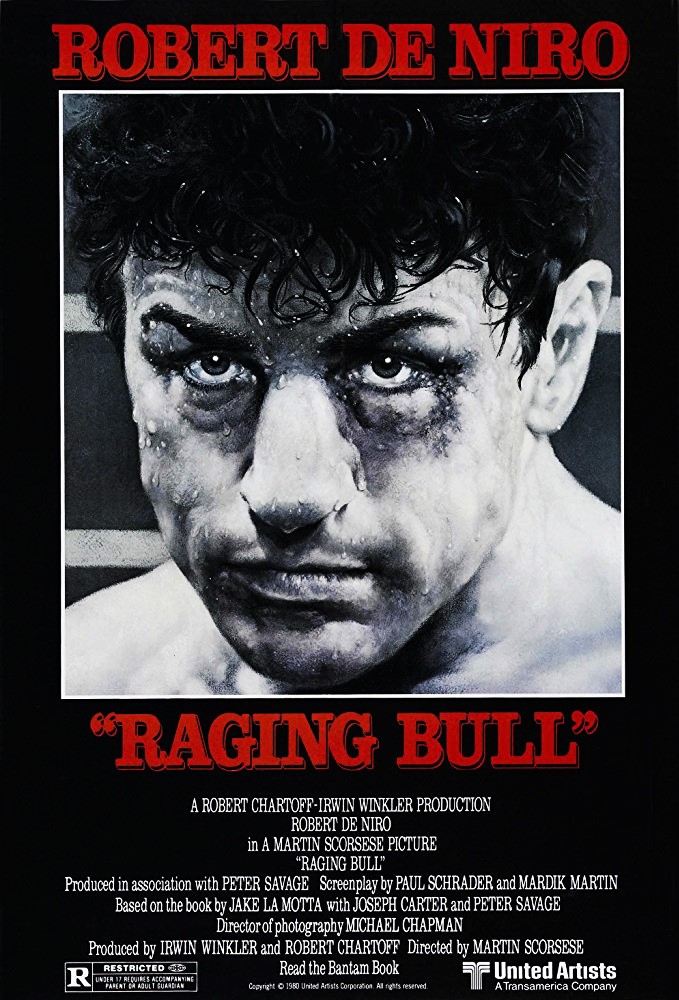 Raise your hand if you’re surprised when Martin Scorsese drags a movie out a half-hour longer than it needs to be. Yeah, me neither. “Raging Bull” is a bruising, unapologetic black and white picture of a troubled boxer, Jake La Motta (Robert De Niro). Unlike “Rocky” four years prior, “Raging Bull” isn’t what I would call a boxing movie, but rather a drama about a guy that happens to be a boxer. A rather insignificant amount of its 2 hours and 10 minutes actually shows Jake in the ring. It’s a classic, obviously, but that doesn’t mean it’s flawless.

Jake, like his close brother Joey (Joe Pesci), has anger issues. They have notoriously short fuses. But they’re fictional Italian-American men living in 1940s Bronx, New York – what do you expect? Anyway, like “Goodfellas” ten years later, Scorsese gives us a broad picture of Jake’s life, from the onset of his professional boxing slump to the middle of his personal decline. His boxing matches, his marriage to a girl half his age (Cathy Moriarty), and his family drama are all fair game. Nothing’s below the belt in Scorsese’s brutally honest picture. 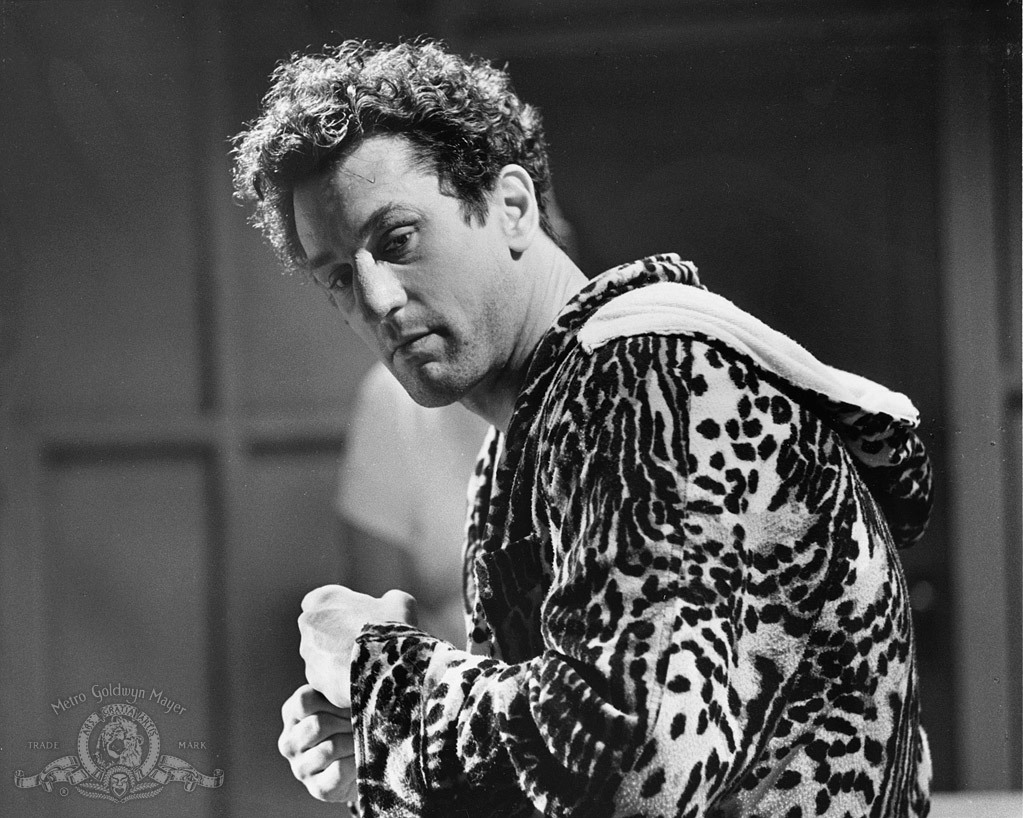 With “Grudge Match” – a Christmas-release about two old boxers (Stallone and De Niro, Rocky and Raging Bull) coming together for a final fight – fast approaching, I thought it was time this film buff finally saw one of Scorsese’s early hits. I was disappointed if I’m being honest. The romance takes a while to develop, and even at the best of times, I wasn’t convinced of the couple’s chemistry. Taking the focus away from boxing is fine, but with so little time devoted to in-ring fighting, I found it difficult to even see the connection. I liked “Rocky” and “The Fighter” better – they’re both only ten minutes shorter, but they left me wanting more. I was hoping “Raging Bull” would end after an hour.

Scorsese gives us a couple emotional scenes performed with uncontrollable, yet graceful, rage, but they don’t make up for the first 100 minutes. It’s just slow and, frankly, boring. Long movies can be great – “Catching Fire” was 20 minutes longer and left me wanting even more – but “Raging Bull” filled too much of its time with silence and irrelevant dialogue.

Scorsese knows how to make a long, overcompensating picture. Sometimes it works, but “Raging Bull” just didn’t hold my interest. It’s well-made, but not necessarily enjoyable or particularly entertaining. For the viewer like me, I wouldn’t try it.