The American Film Company has made two films: 2010’s “The Conspirator,” about the aftermath of Abraham Lincoln’s assassination, and “Parkland,” the 2013 movie that looks at what happened following the death of John F. Kennedy. Both incredibly historically accurate, both reliant on the natural drama of their situations to fuel their suspense. But unfortunately, “Parkland” fails to wrap you up in the drama of the situation like “The Conspirator” did.

Abraham Zapruder (a spot-on Paul Giamatti) takes his new camera to Dealey Plaza to see the motorcade of President Kennedy drive by. Doctors and nurses at Parkland Memorial Hospital (including Zac Efron, Marcia Gay Harden, and Collin Hanks) are hard at work treating various patients. Robert Oswald is working at a masonry company, just another day at the job. FBI officers in Dallas are filing through cases. When the President is shot and rushed to Parkland, these people’s lives will be changed forever.

At 87 minutes, “Parkland” feels like a blur, how I assume it felt for everyone involved those three days. It strings together several different but related stories, sometimes with more disconnect than we’d hope. Unfortunately, the speedy first 20 minutes, up until the pronounced death of the President, happens so quickly that you don’t realize what happened. We don’t have enough time to get invested in the President or Mrs. Kennedy. It’s the aftermath, the story after the story, that hooks you in its true intensity. How the doctors react when rushing to try to save the President’s life. What happens three days later when those same doctors have to treat a wounded Lee Harvey Oswald. Maybe that’s what “The Conspirator” did so much better – it didn’t waste time on Lincoln, the story we already know, but went straight to the really interesting parts of the aftermath. 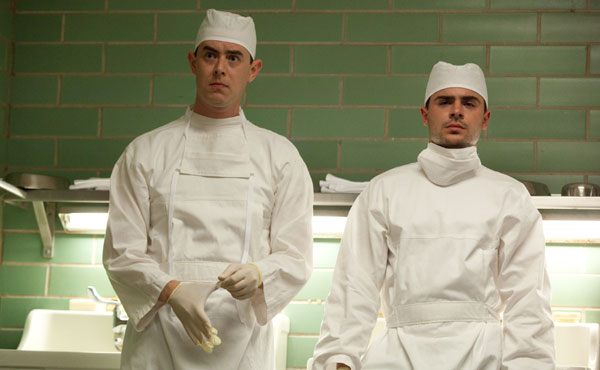 A promising cast gives us solid performances, but in this tension-filled situation, even vets like Billy Bob Thornton (as a Dallas Secret Service agent) can trip into fits of overacting. Two-time Oscar nominee Jacki Weaver, playing Lee Harvey Oswald’s mom, gives the only performance worth remembering. She captures the apparent paranoia of Marguerite Oswald perfectly.

You thought you knew the story of the assassination of John F. Kennedy. You were wrong. Without its notable historical accuracy and a slew of interesting true facts, “Parkland” would just be another drama that fails to resonate with anyone. It’s more informative than it is entertaining, but at least it has that.