Some movies punch you in the face with terror. Monsters jump out of corners, ghosts pull people out of beds, and all that other scary stuff you’re used to seeing. “Prisoners” doesn’t even touch you with its terror. It just holds on to it and taunts you with it and smirks and stares at you from behind big-framed glasses from the 1970s. And if you’ve never dealt with that kind of terror, you wouldn’t know, but it’s way worse. 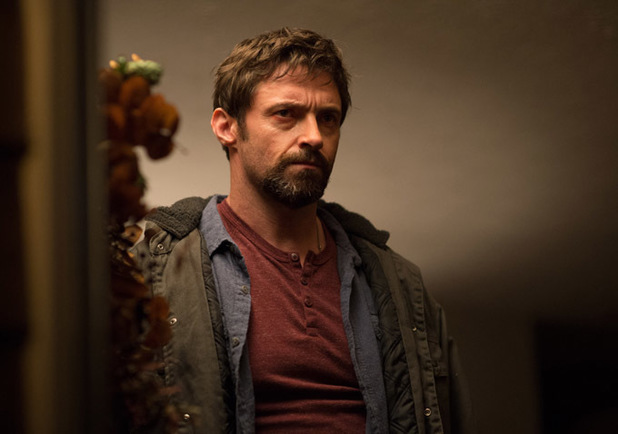 It’s Thanksgiving, and two normal suburban Pennsylvania families are meeting for dinner. When their two young daughters go missing after playing outside, Keller and Grace (Hugh Jackman and Maria Bello) and Franklin and Nancy (Terrence Howard and Viola Davis) run through rain and sleet to find them. Nothing. Their only lead is a dirty, run-down RV the girls were seen playing near. Police find the RV and its driver, Alex Jones (Paul Dano, in the perfect casting choice), in a gas station parking lot, but inside is no sign of struggle or the presence of anyone but him. But Keller is convinced. He goes to extreme measures to make Alex reveal the location of the girls. Meanwhile, Detective Loki (Jake Gyllenhaal) tracks other leads. In this revenge tragedy, will Keller’s grief get the best of him? Can bad cop/dumb cop Loki do anything in accordance with police procedure? Will the girls be found? Will justice be served?

“Prisoners” is nothing without its stellar ensemble cast. Jackman slips into fits of overacting (along with Gyllenhaal…we forgive them), but on the whole, he is an incredible display of emotion and drama. Along with Davis, Howard, and Bello, Jackman is an incredible actor playing an incredibly normal person. These are two unremarkable families whose regular day takes a turn for the worst, and these stars (three with Oscar nominations, not counting the ones they should get for their roles here) are able to treat them that way. Paul Dano is a virtuoso display of creepy, a tour de force in the role of a lifetime. He’s vilified, but is he the only villain?

From the camera angles to the make-up to the music, “Prisoners” is also a technical marvel. These sets are as intricate as the mazes hidden in and on them. Everything is so precise, so realistic, so exact. You feel like this all happened just down the block. The grieving, over-medicated mother. The lunatic father. The daily newspaper updates. This could be real. And “Prisoners” is all the more hauntingly memorable for it.

This next part may sound like I just got back from a sale at Cliché Mart, but I promise these couldn’t be truer. I don’t get worked up at movies very often. Even the most exciting thrillers, “Silence of the Lambs,” for instance, don’t get me too startled. My heart rate noticeably spiked at two points in “Prisoners.” I felt myself having a mini anxiety attack. That’s not an exaggeration. It wasn’t until I was alone at night getting out of my car that I realized just how much “Prisoners” terrified me. But it’s not “Boo!” scary. It’s that just at the moment when you think they’re going to say “Boo!” they don’t that scares you. I thought the trailer gave away a lot, but it was just the beginning. You never truly know who did this horrendous crime until you see them do it again. It’s unpredictable and unbelievable, but it makes perfect sense. “Prisoners” is an onion; it’s layers are slowly peeled back, revealing the increasingly bitter and odorous center that we all knew was there but just couldn’t see. It’s a cat and mouse game where you never really know who has the power. It’s the best “Law and Order: SVU” episode I have ever seen multiplied by five. And I love “SVU.” Any scary movie can make you afraid of the dark. “Prisoners” made me fear daylight.

“Prisoners” might be the thriller perfected. And it’s one of the best movies I’ve seen all year.