You’ve seen those memes where everybody is Nicholas Cage, right? “Adaptation” is almost that. One Nick Cage was enough, Hollywood. But even he couldn’t ruin a strikingly original story about a New Yorker journalist (Meryl Streep) writing a story about an eccentric orchid poacher (an Academy Award-winning role for Chris Cooper) while super awkward screenplay writer Charlie Kaufman (Cage) adapts her book about the orchid thief (the title of her eventual book, which does exist). Meanwhile, Charlie’s brother Donald Kaufman (also Cage…ugh) is writing a predictable crime thriller. Except Charlie Kaufman is real – he writes the screenplay to this movie, along with “Being John Malkovich” and “Eternal Sunshine of the Spotless Mind” – while Donald Kaufman isa fictional human being. One, though, that was in the credits and was likewise nominated (alongside his “brother” Charlie) for an Academy Award. (But would you expect the writer of the two aforementioned movies to write something any more intelligible?) 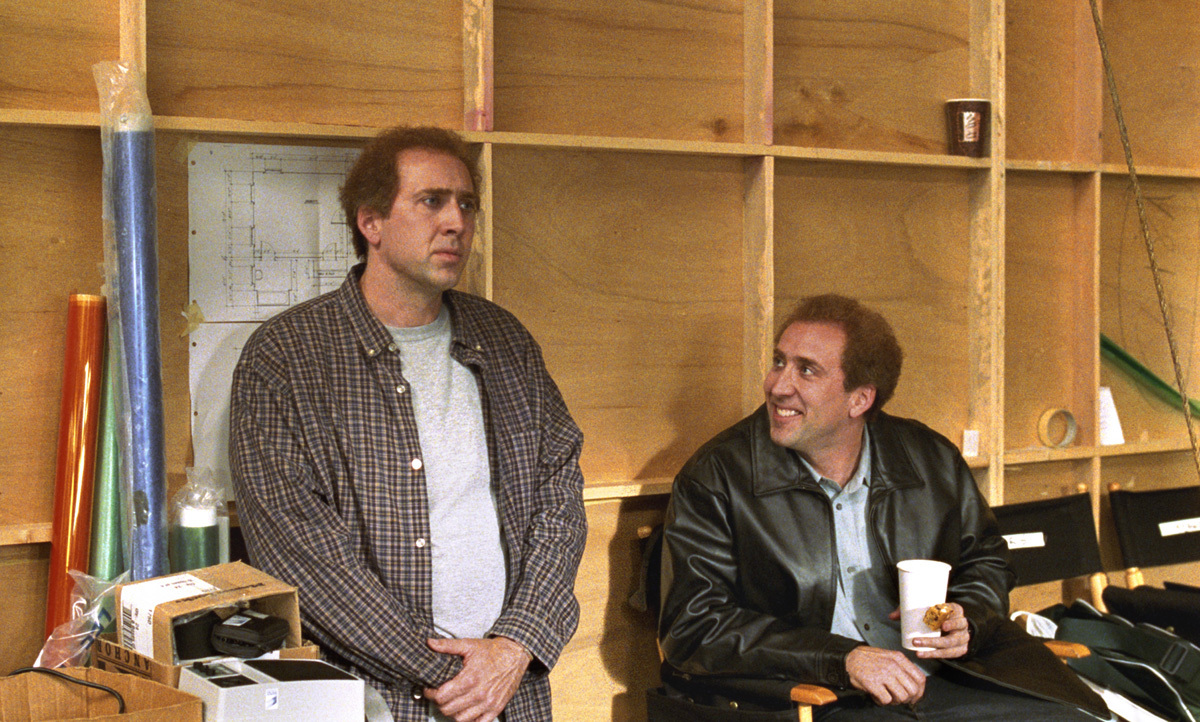 “Adaptation” is one of those movies about movies I always rave about. But English majors are also suckers for movies about literature. This is both, so needless to say I enjoyed myself. But this isn’t to say only literary film buffs can enjoy this classic dramedy. “Adaptation,” like “The Orchid Thief” (again, the Susan Orleans-penned book the movie centers upon), is filled with poignant and sometimes life-affirming reflections on life, on disappointment, on loneliness, on hope. Its wildly original screenplay (unprecedentedly original for an adapted script) lost its Oscar to “The Pianist” (that’s fair) but it remains one of the most entertaining I’ve seen and heard in a long time. Maybe it was just me, but I saw little to laugh at in this “comedy,” but much to take away from the stirring drama I saw beneath the façade.

Meryl Streep maintains her extraordinary track record of drama and relatability. As her character goes through her crisis of faith, you start to imagine how your life, too, could use a pick-me-up. It’s like medicine for the soul. Chris Cooper undergoes his own adaptation, growing out his hair and losing his front teeth for the role. He’s fun and filled with passion and emotion he’s never shown before (in anything I’ve seen him in, at least). Nick Cage is, well, Nick Cage. He’s a frantic nut-case, but my irritation with him (this time) may be in his polar opposite, but equally annoying, characters. It’s not all his fault. Just mostly.

“Adaptation” is like that one kid in high school that everyone voted their senior class’s nerdiest but then at their 10- (or as the case may be, 11-) year class reunion showed everyone up as a true genius that they regret not appreciating sooner. In 2002 everyone was weirded out by the overweight, sweaty characters played by Nicholas Cage. In 2013, that’ still true. But now we can look past him (he’s hard to ignore sometimes, no matter how hard you try) and see the beauty that lies beneath (more like behind). Check out your local library; such literature-based movies are often celebrated by libraries.

2 thoughts on “It doesn’t take long to warm up to ‘Adaptation.’”