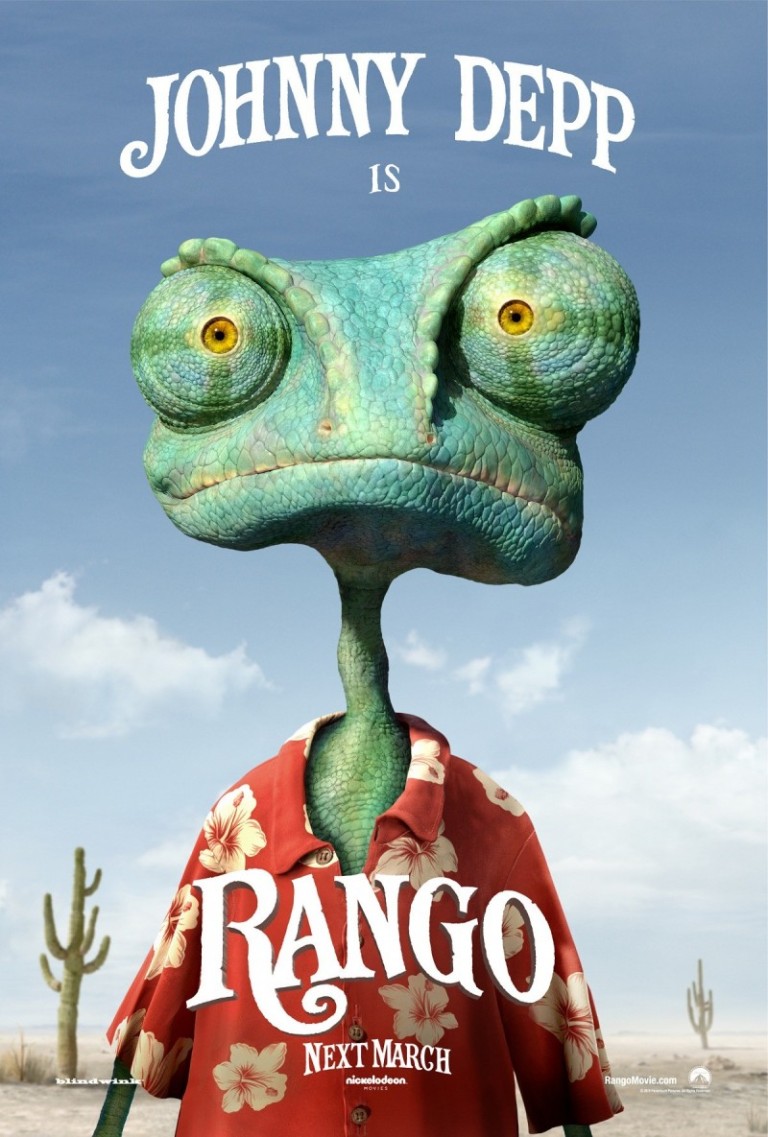 This is a story of how a dopey domesticated chameleon tosses a traditional Western at you and then flips it on its back like an awkward turtle. How does it happen, you ask?

First, you get the picturesque American West setting. Beautiful animation, by the way. Throw in the classic hero, Rango (Johnny Depp), recently transplanted to the desert and a little out of his element. He happens across the small town of Dirt, where the people have long been oppressed by their shady, crotchety old mayor, a tortoise (Warren Beatty). He’s been rationing what little water the sandy terrain provides, leaving the town desperately thirsty. “Control the water, and you control everything.” He’s right. When Rango, who steps into the empty role of sheriff, forms a posse to search for water, he bites off a little more than he can chew (and with no water to help wash it down!). The mayor tries his best to cover up the corruption, even calling in some old venomous pals to try to best Rango. But all the bullets in the world can’t stop this awkward housebroken lizard. He’s Rango, unchained. And all the while, an owl quartet serves as the Greek chorus, narrating and predicting – usually incorrectly – Rango’s every move. 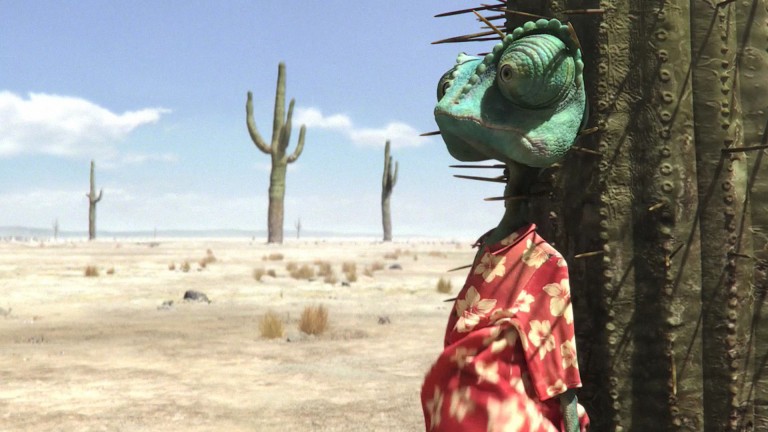 Screenwriter John Logan (3-times Oscar-nominated for “Hugo,” “The Aviator,” and “Gladiator”) crafts this pseudo-Western like a champ, even throwing in a fun homage to Clint Eastwood (unfortunately without Eastwood’s voice, but Timothy Olyphant does an acceptable job!). Logan’s script is hysterical, but it’s also intelligent, refreshing, and remarkably accomplished in vocabulary. Every word seemed as though it was thoroughly scrutinized until it was perfect. It’s unprecedented maturity for a Nickelodeon-released movie. Really great stuff. 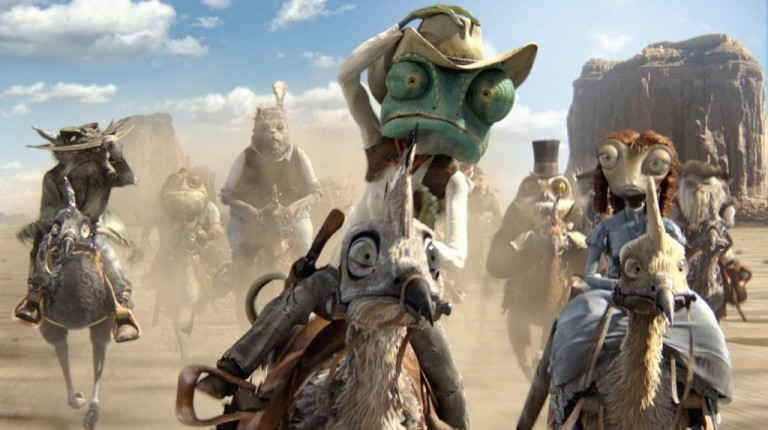 And besides being a respectable picture, it’s also a barrel of fun! It’s an exciting adventure, a mystery, practically everything kids love! But it can also be powerfully tender and emotional. Have you ever seen animals pray to a mythological Western spirit-god for protection? It’s life-changing. Not really, but I promise you’ll never forget the first time you see it. It’s unexpected, to be sure. But that’s why it’s great.

Johnny Depp doesn’t even have to show his face to be one of the most expressive actors around. He’s absolutely great at giving this wayward reptile undeniable life and shows a range of emotions that (don’t shoot me) I don’t think he’s capable of showing in his live-action movies. For some reason, I think relative anonymity (as if he could ever fully have that) might allow him the chance to open up and take command. He does. He makes Rango an
unforgettable animated character. The rest of the cast (Isla Fisher, Bill Nighy, and Abigail Breslin, among others!) is, similarly, fantastic at breathing that classic Western spirit into their animal characters. Sure, these voices might teeter on stereotypical at times, but it’s all the better for it. “Rango” is the classic Western…besides, of course, that all the characters are animals. 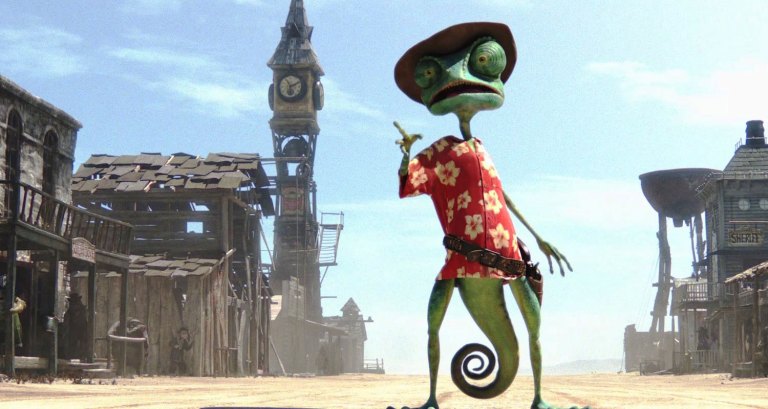 “Rango” explains how the Western was won (and how the 2011 Academy Award for Animated Feature was won, too). All it took was some humor, adventure, emotion, and good ol’ fashioned fun. Guns, too. Yeehaw!

5 thoughts on “‘Rango’ re-animates the Western”