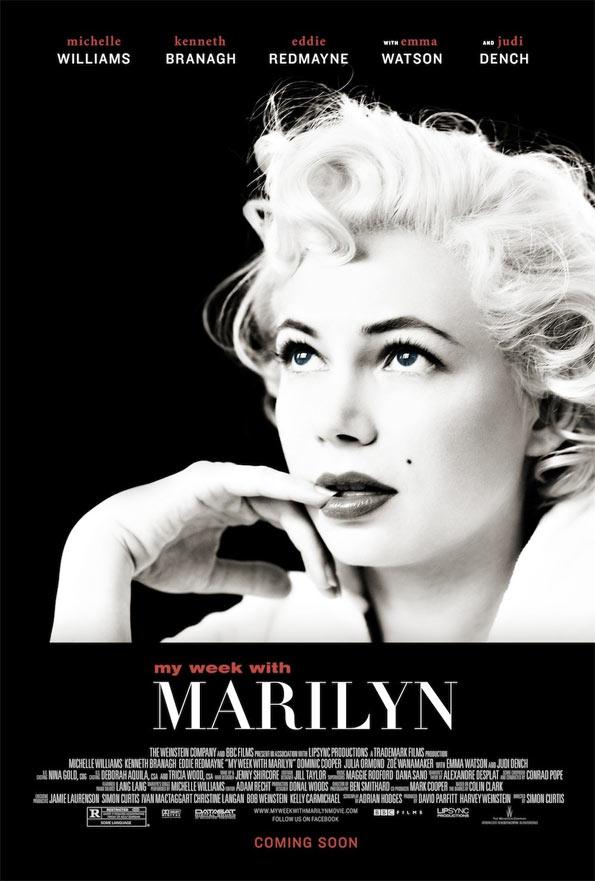 It may have been divine intervention from the screen goddess itself, but I had a literary urge to write my review of “My Week with Marilyn” in the form of a poem. Enjoy!

though I never knew you at all,

you had the grace to hold yourself

while those around you crawled”

A magical homage to a blonde bombshell

“My Week with Marilyn” (Olivier, as well)

A provocative story of an impermanent

(and all the better for it)

romance between one shining star

and one handsome Brit.

Michelle Williams (and her Oscar nod)

glows in the light of Monroe’s radiant façade

a marvel, despite critics’ objections

An artificial airiness in her voice, they say

(and they’re not wrong, despite Oscar’s selections)

But behind that, reality

Monroe without the flashbulbs, evident mortality

Or not, thanks to the likes of Williams’ talent beyond her years.

Kenneth Branagh (and his Oscar nod)

A film that honors film is always the best film

And true, to boot (but how much so is in dispute)

but historians have found lies and may have more to uncover.

is as peachy keen and neat-o as it is dear

to a legend, Marilyn Monroe.

4 thoughts on “‘My Week with Marilyn’: A review poem”